One Journey is a grassroots organization that connects displaced people with welcoming communities, encouraging compassion and understanding. 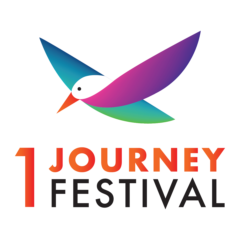 Wendy Chan was born in China into a family that had faced a long line of persecution and upheaval. Her great-grandfather died as a political prisoner; her grandfather fled civil war; her parents lived through the Cultural Revolution. At age 12, she immigrated with her parents to California. Today she has a deep sense of gratitude and a desire to pay it forward. “For the most part, I have won life’s lottery,” she says, in contrast to the 70 million people who remain as refugees or are internally displaced, people who “were born in the wrong place and wrong time.”

Chan is an executive at global consulting firm Accenture, with a degree in economics from UC Berkeley and finance from The Wharton School of Business. She is also a mom to two young children. Over the past few years, she witnessed growing attacks against immigrants and refugees. Even though her own life was packed, she knew she had to live up to her values by finding a way to do something. Initially unsure how to help, she leaned on her experience as a consultant and did research, deciding that what was most needed was to change the narrative around refugees by highlighting their contributions.

Started in 2017, One Journey has grown into a robust coalition. Its success is due in large part to the many late nights put in by Chan, who juggled all of her responsibilities, in part, by embracing sleep deprivation. The keystone event for One Journey Alliance has been the One Journey Festival, started in 2018 and attended in 2019 by 5,000 people in Washington, D.C., on the grounds of the National Cathedral. The festival showcases the contributions of refugees through art, music, technology, dance, and food.

But One Journey is much more than a festival. It’s a year-round movement, with a series of events spreading all the way to San Francisco and including a film series, entrepreneurship workshops, professional networking and mentoring, youth soccer clinics, and holiday workshops. The goal, however, remains the same: “Sharing stories, and then moving people toward action,” says Chan.

With the COVID-19 crisis, One Journey has shifted from an in-person festival this year to a series of virtual events designed to support struggling refugee artists and musicians. For example, it is supporting efforts of the newly formed Refugee Mask Maker Circle, helping refugees sew masks to fight the pandemic while earning much needed income. (Visit the One Journey website under the Stories page to find out more.)

COVID-19 is a reminder of how fast life circumstances can change. After all, “What happens to refugees could happen to anyone,” Chan says. “It’s a reminder how interconnected we are and and how reaching out your hand to help is so important.”

Want to help refugees and other displaced people? One Journey has a list of things you can do here: www.onejourneyfestival.com/take-action-1.

Spirituality & Health is saluting the champions in our communities, people who are making the world a better place and living up to our values. Let us know if you have any suggestions for future profiles by writing us at [email protected]