Although it’s important to raise awareness about issues like anxiety, depression, and suicide, it’s equally critical to understand that no one wants to be labeled as defective or abnormal. By labeling these issues as “mental illness” people suffer in silence because of the shame they feel.

If we do not erase—or at least lower—the stigma for these issues, many more people will unnecessarily suffer, and some will die, without getting the help they need. We must do better because according to research in Archives of General Psychiatry, 51% of the U.S. population will struggle with a mental health issue at some point in their lives.

Let that sink in for a moment—more than half of Americans will experience a psychiatric problem, meaning it’s more common to have one than not. Look at the numbers:

We’re heading in the wrong direction.

Reimagining “mental health” as “brain health” changes everything. People begin to see their problems as medical, not moral. It decreases shame and guilt and increases forgiveness and compassion from their families.

Reframing the discussion to brain health is also more accurate and elevates hope, increases the desire to get help, and increases compliance to make the necessary lifestyle changes. Once people understand that the brain controls everything they do and everything they are, they want a better brain so they can have a better life.

But psychiatry remains the only medical field that rarely looks at the organ it treats. If you have crushing chest pain, a cardiologist will do an imaging study of your heart. But if you have crushing depression, chances are no one will ever look at your brain.

This needs to change as a growing body of neuroimaging studies—including our own brain imaging work that includes over 160,000 brain SPECT scans related to behavior—clearly show that mental health is related to the physical functioning of the brain. We see it in people with depression, anxiety, and suicidal behavior.

The most exciting thing about eliminating “mental illness” from our vocabulary and reframing mental health as brain health is that an increasing number of studies have found that improving the physical functioning of the brain improves the mind. You are not stuck with the brain you have. You can make it better.

To order a copy of Dr. Amen’s book, The End of Mental Illness, click here. 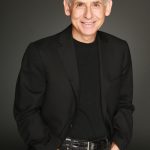 Daniel G. Amen, MD is by psychiatrist, neuroscientist, and 12-time New York Times bestselling author. In Your Brain Is Always Listening, Dr. Amen equips you with powerful weapons to battle the inner dragons that are...