“Traveling lightly means not only letting go of unnecessary possessions but old inner habits that prevent us from being simply and ethically persons without guile who can purify the world not only for ourselves but for others as well.”

Excerpt adapted from The Tao of Ordinariness: Humility and Simplicity in a Narcissistic Age

Simplicity is a virtue that is wistfully viewed as surprisingly unattainable or impractical in modern life. Today, many of us tend to seesaw between envying those who live a simple life, on the one hand, and feeling it would be quite easy “if only” our life didn’t have so many responsibilities on the other.

Despite this sense of simplicity as an unattainable dream, there are persons with very full, demanding, and complex lives who see simplicity as an underlying attitude to behold and embrace, no matter how many challenges face them. Pico Iyer notes this with respect to the current Dalai Lama:

He really does live simply, decorating his bedroom when he travels with just a few pictures of his teachers and his family and a portable radio. He really is a full-time, lifelong student of the Buddha, who taught him that nearly everything is illusory and passing, not least that being who declares everything is illusory and passing. And he really does aspire, as every monk does, to a simplicity that lies not before complexity but on the far side of it, have not dodged experience but subsumed it.” (bold supplied.)

Simplicity, and one of its closest relatives, asceticism, call us to drop what is unnecessary or requiring too much energy. This is done not to avoid the necessary challenges or miss the joyful experiences of life but, to the contrary, to clean one’s psychological and sensual palates.

Asceticism helps us increase our sensitivity to life’s “small” gifts. It also has the benefit of helping us to appreciate ordinariness rather than inflate ourselves in ways that society feels is necessary if—according to some—we are to grasp what is best for, and due to, us. Sometimes, simplicity even trumps education because it engenders wisdom and another seemingly rare gift today: commonsense.

The following, no doubt apocryphal story, that I heard long ago has been a reminder to me when I get on my high horse because I fear being small, ordinary. I try to remember it when egoism seems to drive me to puff myself up rather than “simply” flow with who I am.

Soon after arriving in Baltimore for a teaching position at Loyola University Maryland, I heard a story that as I have noted was probably fabricated. However, it stuck with me and I have also tried to remember and apply its basic message whenever I have felt lost or too wrapped up in my own thinking. It is a dialogue between an old fellow who lived in Little Italy just outside Baltimore’s Inner Harbor area and his son.

He owned a shop and one of his three adult children, who was an accountant, would come in each week to help his father with the business. This was nice of him but he also tended at times to be a bit self-important like many of us and arrogant. During one such episode, he said to his father, “Dad, how do you know what your profits are? You’ve got your cash in the cash register, your debits in a cigar box, and your accounts payable on a spindle.”

Finally, his father had experienced enough and instructed his son to sit down. Once he was seated, his father looked him directly in the eyes and said, “When I came to this country 40 years ago from Italy, I had only the pants I was wearing. Now your brother is a doctor, your sister a teacher, and you are an accountant. I have a house, a car, and a business, and they’re all paid for. So, you add them all up, subtract the pants, and there’s your profit!”

When encountering such simplicity in life and in others we meet, as in the case of anything quietly dramatic, it can also be quite a jarring experience for us. Maybe that is why we avoid it or claim it is impossible to attain. If we are honest, it forces us to see our attitude toward “needs” we felt were essential but were only made so by conditioning.

Today, we are shocked by simplicity and ordinariness. We are enmeshed in the fabricated complexities of life rather than guided by the virtues of ordinariness, humility, and simplicity. No matter how bright or experienced in studying human nature, the presence of people of simplicity upends our sense of things. When we do experience such virtues, it has us fall back on ourselves with the recognition how we have become so jaded with the philosophies, positioning, falsehood, and overly self-protective aggression that surrounds and is within us.

In a world that would have us make money at any cost, carry titles to impress, as well as seek successes and roles as the price of entry into acceptance and a temporary feeling of security, true simplicity would be helpful. Yet, if we are to embrace ordinariness along with humility and simplicity in life, we need to learn to travel lightly. This means unlearning what prevents us from living this way.

Traveling lightly means not only letting go of unnecessary possessions but old inner habits that prevent us from being simply and ethically persons without guile who can purify the world not only for ourselves but for others as well. Though this takes a bit of doing, it is possible.

Kenosis is the Greek word for the process of emptying yourself. When poet Robert Lax was interviewed by S.T. Georgiou for his book The Way of the Dreamcatcher, he asked about kenosis. Lax said:

Figuratively speaking, kenosis has to do with the idea that when you give, you let go, you empty yourself, and as you do so, you place yourself in the position to receive more. It’s cyclic, much like our breathing—you exhale, or give out, then you inhale, and take in. Giving-receiving, receiving-giving. I can’t receive anything from nature if I’ve evaporated the sea with a burst of white-hot words. But with one cool little drop of a word there’s plenty of room to reflect. The whole thing to do is to refrain from blocking the flow. In the kenotic mode, any trace of ego disappears right into what you are doing. You don’t struggle with it anymore because you become an open door, a channel, a conduit. Like I’ve said, an unobstructed garden hose is a clear channel—it just does its work.

For such a clarity to exist—especially about our ordinary self—there is much which has accumulated in our self-image which needs to be released. The question that remains is: Will we see such accumulations for what they are? Will we be willing to ask ourselves:

What chains us in different, possibly familiar and comfortable ways, to an image that prevents our ordinary selves from being freed. In other words, will we choose to remain oblivious to our current dominance by invisible mental and social puppeteers or step out into the new, unknown, and possibly unbelievable?

Discover how to find joy in the simple things in life. 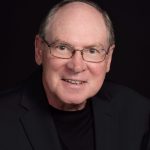 Robert J. Wicks, Psy.D, is Professor Emeritus, Loyola University Maryland. He has published more than 50 books for professionals and the general public, including Night Call: Embracing Compassion and Hope in a Troubled World;...