What Would Mister Rogers Say?

What Would Mister Rogers Say?

Lessons on how to better-communicate from Fred Rogers

Excerpted from Kindness and Wonder: Why Mister Rogers Matters Now More Than Ever:

When Fred Rogers was in the seminary, preparing for life as a Presbyterian minister, he would attend the sermons of as many different preachers as he could, learning the many ways that a homily could move the soul. Circa 1958, on a weekend vacation in a small New England town, Fred and some friends decided to visit the hamlet’s chapel, having heard that the local preacher was impressive.

Unfortunately, in the pulpit that Sunday was an aged substitute, filling in for the absent minister. “I heard the worst sermon I could ever have imagined,” Fred remembered. He sat in the pew, quietly wincing, itemizing all the ways the substitute was violating the homiletic rules that the seminary had been teaching him.

The pinch-hitting preacher finally—“mercifully,” Fred said—ended and Fred turned to the woman sitting next to him. To his surprise, his friend had not been enduring the sermon while grinding her teeth: She had tears running down her cheeks.

“He said exactly what I needed to hear,” she whispered. Fred was stunned for a moment, but then had an epiphany. “The woman beside me had come in need,” he said. “Somehow the words of that poorly crafted sermon had been translated into a message that spoke to her heart. On the other hand, I had come in judgment, and I heard nothing but the faults.”

Thunderstruck, Fred resolved to learn from the experience: “That sermon’s effect on the person beside me,” he said, “turned out to be one of the great lessons of my life.” If somebody didn’t hear what Fred was saying, then it didn’t matter whether it was because it was poorly expressed or rejected out of hand; Fred would need to find another way to say it, and then another, and hope that eventually his message got through.

Conversely, if somebody wanted to hear what he was telling them, he needed to make the most of that opportunity. Fred said, “I now know the space between a person doing his or her best to deliver a message of good news and the needy listener is holy ground.”

Working to consecrate the speaker-listener union, Fred Rogers constantly searched for new ways to express his beliefs and to reduce them to their essence. He rarely quoted from scripture, but biblical passages could inspire a song or an aphorism. He was a master at distilling both theology and the wisdom of child development into concise messages that could touch people's lives.

Consider this passage from Fred Rogers:

“How our words are understood doesn’t depend just on how we express our ideas. It also depends on how someone receives what we’re saying. I think the most important part about communicating is the listening we do beforehand. When we can truly respect what someone brings to what we’re offering, it makes the communication all the more meaningful.”

Always speaking from the heart, and always looking for the best way to share his beliefs, Fred summarized the approach that worked best for him as “deep and simple.” He treasured books on theology by the likes of Henri Nouwen, Gerald May, and Anne Lamott, and he could speak learnedly on eschatological principles, but the books of philosophy he wrote himself were collections of aphorisms, featuring advice such as “Try your best to make goodness attractive. That's one of the toughest assignments you'll ever be given.”

Fred Rogers wanted to distill the hard-won truths from his years of life and study, reducing them to their essence. That was a habit born from communicating with children, but he learned that it was also the most effective way to inspire adults to be the best versions of themselves. That approach could slice through the complexities of the modern world like Alexander the Great cutting the Gordian knot. And it penetrated the intricately tangled lives of people Fred Rogers had never met.

You might also enjoy reading about bringing mindful nonviolent communication to your conversations. 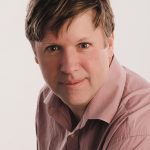 Gavin Edwards is the New York Times bestselling author of eleven books, including The Tao of Bill Murray, Last Night at the Viper Room, The World According to Tom Hanks, and the wildly successful ’Scuse Me...