A prophetic dream helped this author come to new understandings of Parkinson's, imagination, and healing.

Psychologist James Hillman describes a condition among so called ‘primitive’ peoples called soul loss. “In this condition a man is out of himself, unable to find either the outer connection between humans or the inner connection to himself.” This condition is rampant in contemporary Western societies but we are largely blind to it. Anthropologist Angeles Arrien explains that “Shamanic societies believe that when we stop singing, stop dancing, are no longer enchanted by stories, or become uncomfortable with silence, we experience soul loss, which opens the door to discomfort and disease.” Today our urgency and tendency toward rationalism and trivialization starve us of depth, inspiration and what Thomas Moore calls the soul’s desire. We have become two-dimensional.

Hillman is encouraging; all symptoms lead to soul, and the cure of symptoms may also cure the soul, enabling the soul to make itself heard by “the stupid and stubborn mind—the impudent mule which insists on going its own way.”

An excessively rational headspace is a brutal way of shutting down our sense of aliveness and capacity to make meaning. Recently I had a shock. I thought my greatest limitation was Parkinson’s, and it is, but I was stunned to realize I had been living with an equal, unseen misery and was trapped in the modern epidemics of isolation and separation. I was preventing my soul from flourishing and was disconnected from the richness of life and dissociated from my body. I wasn’t authentic like this and could not love magnificently like this because I was too compressed by stress and self-protection. Outwardly successful yet inwardly pale and insipid. As Kabir says so poignantly, “The Yogi comes along in his famous orange. But if inside he’s colorless then what?” Perhaps the Parkinson’s was a symptom of my colorless existence.

With a sudden flash of insight and a strong bodily urge, I knew I had to restore my soul connection through an inner pilgrimage (or where I live in New Zealand, what Maori call hikoi manene). This hikoi is not for the faint hearted but rather for the whole-hearted. Don’t attempt it lightly because everything may change beyond your control. As I contemplated this journey I had a dream in which two rubber snakes were cast before me. These were lifeless toys. Then I was transported to a mysterious, deep, dark cave, the lair of a great serpent which was throbbing with life-force. Standing in front of this cave I was surprised I felt no fear, just welcome, and the lush scenery around me felt moist and nurturing. Perhaps this mysterious cave led to a kind of Bardo, the state The Tibetan Book of the Dead describes as in-between lives. Maybe this was a portal to a new way of being.

In older cultures a serpent is the symbol of transformation and healing because it sheds its skin by rubbing along an abrasive surface, enabling a new version of itself to emerge. The toy snakes in my dream could be my soul confronting me with a stark challenge: “Don’t attempt this in a frivolous way or it may not go well. You must give yourself to it utterly, go deep inside the cave leaving everything you grasp at outside, become the snake and risk your old self being rubbed away.” Humbly I entered the inner dwelling place of soul, which Thomas Moore envisages as a descent, an initiation, and a right of passage. I don’t have the luxury of getting this wrong because time is not on my side. I was reminded of Jesus saying in the Gospel of Thomas, “When you bring forth that which is within you, then that will save you. If you do not then that will destroy you.”

Thomas Moore describes the body’s poetics of illness and suggests, “The human body is an immense source of imagination, a field on which imagination plays wantonly.” When I awoke I blessed the dream and gently began to imagine that I was exploring the cave. John O’Donohue said, “When you regain a sense of your life as a journey of discovery, you return to rhythm with yourself. When you take the time to travel with reverence a richer journey unfolds before you … the journey of each day is a pilgrimage through unforeseen sacred places that enlarge and enrich the soul.” (For more, read “Pilgrimage as Presence.”)

The dark passage led my imagination to a large cavern in which was an immense golden snake. When it spoke, its voice was unlike anything I had heard before; soft and low yet saturating the darkness with surprising force. This wasn’t the voice of an angel; it was the voice of the creativity found in the eye of a storm where stillness and destruction coexist.

With one of its great coils, the snake shoved me into a recess where a human skull lay. The snake said, “Look into this 1,000-year-old skull … can you find a single thought or worry? Contemplate this!”

I stayed with the snake for an age and remain surprised by the abundant and prescient advice my imagination revealed. I summarize eight of the snake’s insights below:

Although this was only a dream followed by an imaginative reflection, the “philosophy of snake” had a profound effect on me and I am radically reimagining my life as a heartfelt pilgrimage into being and what it feels like to be creatively alive. I now honor my soul, encouraging it to express itself. I am writing again for the first time in years and feeling fulfilled. I find I am more present and more willing to engage with others.

As Joseph Campbell wrote, “Where you stumble, there lies your treasure. The very cave you are afraid to enter turns out to be the source of what you are looking for. The damned thing in the cave, that was so dreaded, has become the center.” 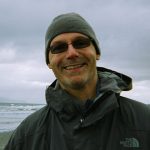 Tim Roberts lives with his wife in New Zealand and has three wonderful daughters and one special granddaughter. He enjoys nature, the peculiar quality of the sunlight where he lives, the native birds, the wild beaches and...