The author is a student of Mingyur Rinpoche and explains her experiences with the monk.

The announcement in a side column of Lions Roar (or Shambhala Sun as it was called then) pictured a young monk with a round face and thick dark eyebrows standing in front of snow-capped mountains. The monk, Yongey Mingyur Rinpoche, I read, had left his monastery and teaching schedule to wander the Himalayas like an ancient Hindu ascetic. No one knew when he would return.

A flash of awe raced through me as I read. I’d spent two summers in the Himalayas in Ladakh and wished for more time to trek from village to village, discovering and meditating in the small dusky but colorfully decorated gompas or Buddhist temples lit with butter lamps scattered along mountain paths. Who was this monk who dared to leave his well-established life and disappear for years without telling a soul? I tucked away the memory of the notice and continued my busy life in a big city.

Four and a half years later I saw an announcement in the same Buddhist journal that Yongey Mingyur Rinpoche, the wandering monk, had returned and was offering a retreat at St. John’s Monastery in Minneapolis, MN. Even short retreats had helped me clear my mind and feel more alive and at ease with myself and the world. I knew I had to be there to see this uncommon monk and learn whatever wisdom he may have brought back.

What I experienced at that retreat changed my life. Here was a teacher who lived what he taught and what he taught helped me live with more trust in myself and more openness to the life around and within me. The next year I went back to Mingyur Rinpoche’s retreat. Throughout both retreats I met people from Madison, Wisconsin who had formed a community, Tergar Madison, guided by Mingyur Rinpoche. During a meditation session at the end of that second retreat I knew that I was going to move to Madison. Four days after returning home to Washington, DC, I had rented a furnished studio apartment. Friends loaned me a car for the year, and with my husband’s blessing I drove to Madison.

Who is Mingyur Rinpoche? In the fall of 2002 a Tibetan monk with many thousands of hours of meditation arrived in Madison. At the suggestion of the Dalai Lama, Dr. Richard Davidson of the Waisman Laboratory (now the Center for Healthy Minds) at the University of Wisconsin had invited Mingyur Rinpoche to the lab in order to measure his brain waves, hoping to determine the effects of long-term meditation. Dr. Davidson and his team were astonished as they watched Rinpoche’s brain waves surge and spike beyond any they had ever seen. To quote from Dr. Davidson’s book, Altered Traits, “The lab team knew at that moment they were witnessing something profound, something that had never before been observed in the laboratory.” (p. 220)

Who is MIngyur Rinpoche? As a child growing up in Nepal, the youngest son with three older brothers, Mingyur Rinpoche often ran away to sit and meditate in the caves of the nearby mountain he loved, Mount Manaslu. He learned to meditate from his father, Tulku Urgyen Rinpoche, and his maternal grandfather, Lama Tashi Dorje, both respected and renowned meditation masters, descendants of Buddhist lineages that stretch back into Tibet for hundreds of years.

Throughout much of his youth while studying at monasteries in Nepal and India, Mingyur Rinpoche suffered from serious panic attacks. When he was thirteen years old, he begged his father to let him join a three-year retreat. Intensive study and meditation helped him understand how the mind works and he was able to overcome the panic attacks.

Monastic college came next and he became the abbot of a monastery when he was just twenty years old, continuing always with his own study, retreats, and daily practice of meditation. Now the abbot of two monasteries, one in Nepal and one in Bodh Gaya, India, the place where the Buddha became enlightened, he also teaches throughout the world and leads the growing number of Tergar Meditation Centers, of which Tergar Madison is one.

When his first book, The Joy of Living, came out in 2007, our book group in DC loved its simple, yet profound message. He also wrote Joyful Wisdom, Turning Confusion into Clarity, Ziji: The Puppy Who Learned to Meditate and Ziji and the Very Scary Man.

Who is Mingyur Rinpoche? Why did he slip away from his monastery in Bodhgaya, India just before midnight in June 2011? What did he do those four and a half years wandering the Himalayas and what did he learn? Those were the questions I’d wanted to know ever since I saw the announcement of his return in 2016. I’ve had to wait three more years. The answers are here in his new book, In Love with the World: My Journey Through the Bardos of Living and Dying, and well worth the wait.

The adventure he imagined turned out to be entirely different from the adventure he experienced, and the differences began the night he left. Alone for the first time in his life he faced enormous challenges. Like the Buddha, he had been raised as a prince, in his case a Dharma Prince, and had never been without an attendant or someone to cook his meals, buy his tickets, and take care of his smallest need.

He was on his own without a plan and just a little bit of money. He knew how to meditate, how to recognize awareness, within the protective life he’d led. Now he was away from everyone who knew him, away from the roles he’d played as son, brother, monk, abbot, teacher, and he wanted to test everything he’d learned and knew and to explore who he was out in the world by himself and unknown. He called it “an ego-suicide mission.” Most of all by opening himself to new and deeper challenges, he wanted to strengthen his ability to help others know their own wisdom and their capacities for a peaceful life. That is what happened and that is what he offers us in his remarkable book where he moves seamlessly between his life story, Buddhist teachings, and his experiences on retreat.

In beautiful prose with captivating terms and vivid details he takes us with him through intense fear, embarrassment, loneliness and loss and the mental states that exist in all of us regardless of whether or not we acknowledge them. Mingyur Rinpoche shows us how to relate to those states-of-mind in every circumstance, even during the process of dying, which he faced when his very life was ebbing out of him, sick and utterly alone and afraid, without a cent or a bite to eat. He applied everything he’d learned about dying, how to do it and what it ultimately means. Until he lost consciousness, he continued to be aware of what was happening to his body, his strength, and his breath. When he regained consciousness that awareness stayed with him and we learn that it’s possible to trust and to use that same awareness with everything we experience.

I want to memorize this book that is about personal transformation — not a striving for change, but a recognition of who we truly are that is transformed through awareness — which Mingyur Rinpoche tells us is most essential for the 21st century and beyond. He never writes with a top-down tone, but always from the lived experience of awareness, of discovering and learning as the outer and inner journey unfolds and opens to ultimately being in love with the world. This story will last, like the stories of the ancient ones whose lives were their teachings. 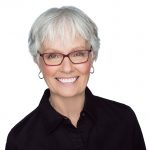 Susan Johnson Hadler, PhD, is the author of The Beauty of What Remains as well as national and international articles. She worked as a psychotherapist for many years in DC where she practiced with the Thich Nhat...