What Are You in Service To?

What Are You in Service To?

My first teacher was not in service to how many people appeared, to the numbers, or to normal measures of success. She was in service to doing what she was called to do.

The fires in her heart kept her warm - Amanda Blake

When I think about service, I think about my first teacher, Arvis Joen Justi. In my 20s, I became interested in Zen Buddhism through a book I read by Alan Watts. I cannot remember which one it was, but at the time, in the early 1980s, Watts was a popular writer and one of the first people to bring Eastern spiritual teachings to the West.

His book led me to one by Ram Dass, Journey of Awakening. In the back of that book was a directory of spiritual and contemplative centers throughout the United States. At that time, there were few Zen monasteries, or temples, or yoga retreats, so the list fit on a couple of pages; nowadays it would take volumes. One of the centers was the Los Gatos Zen Group, which was about 15 minutes from where I lived in Northern California. I was over the moon! I had no idea what this group was or anything about it, but I telephoned and talked to the woman who became my teacher—Arvis.

She gave me directions to her place in the foothills, in Los Gatos. Even though it was near my home, the location seemed obscure, and I got lost a few times on the way. When I finally arrived, what I found was a house. I do not know what I was expecting, but I don’t think I was expecting a regular house! I was not sure if I had the right address, so I checked and rechecked. Finally, I got out of my car and walked up the driveway. A small note hung on the door. It read “Zazen” and had an arrow pointing toward the back of the building. I knew zazen was the Zen term for meditation, so I figured I must be in the right place.

I walked around to the backyard, climbed the steps, and arrived at some sliding-glass doors at the rear of the house. A woman in her late 50s or early 60s opened the back door, and I saw another sign. This one read: “Please remove your shoes.” I kicked my shoes off and looked up at the woman to find out what to do next. All she did was stare down at my shoes. I stared too and then realized how haphazardly I had kicked them off—one on top of the other. They were not placed with attention, or mindfulness, or care. I received her silent message. I reached down and arranged my shoes neatly next to each other. She smiled a big smile and said, “Welcome!”

I will never stop reflecting on Arvis’s great devotion to serving something that was important— something she loved.

I received a full teaching from Arvis in those first awkward moments. When she drew my attention to how carelessly I had treated my shoes, she gave me my first lesson in what it means to be aware, to be present to everything instead of to a few chosen things that you consider important. It is all about paying attention, about being extraordinarily conscious of what is happening inside you and all around you. It was a wonderful, complete teaching that still speaks to me decades later. I meditated with Arvis that day, and I kept coming back. Over time I saw the great amount of devotion and service she offered. She opened her house to strangers for more than 30 years. Her living room was set up for meditation—black cushions laid out on top of black mats and a small bodhisattva figure at the front of the room. Everything was understated and simple. Arvis cleared her schedule every Sunday and prepared a talk. She did not ask for anything in return. I was impressed by her quiet, humble way and the tremendous strength beneath her humility—a reservoir of clarity and wisdom, of a more awakened way of seeing and experiencing.

I will never stop reflecting on Arvis’s great devotion to serving something that was important—something she loved. When she first started to offer teachings at her house, she would sit down after preparing everything, but nobody would show up. Still, she wrote a talk, set up her meditation room, and opened her house week after week. Sometimes, out of compassion, her husband would sit with her, but mostly she sat alone.

She continued to do this for an entire year without a single person coming. This was dedication! What service to the dharma, the Buddhist teachings, this was: not being in service to how many people appeared, to the numbers, or to normal measures of success, but to doing what she was called to do. After a year, one person came, and for the next year it was Arvis and that one person. They sat together each Sunday morning, and Arvis gave her talk to an audience of one. As word slowly spread, more people arrived, until sometimes she would have 15 or 20 attending.

Her dedication was a great teaching for me. It touched my heart because it spoke to what service is: the willingness to put ourselves in a position of giving, to be an embodiment of what we are dedicated to, and to put our time, our attention, and our energy into the most important things. Even when Arvis was sitting in her living room alone, she was in service to all the people who might show up in the future. Many years later, I ended up being one of them.

Excerpted from The Most Important Thing: Discovering Truth at the Heart of Life, by Adyashanti. Published in January 2019 by Sounds True. 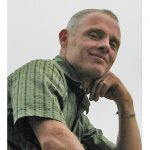 Adyashanti took his name (which means “primordial peace” in Sanskrit) after a series of spiritual awakenings. His first came while sitting alone on his cushion, when he “penetrated to the emptiness of all things and realized...