Praying for Water through Aerial Art

Art as Activism at the Bhakti Festival 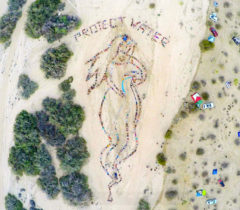 We usually associate activism with marches, petitions, taking a stand, and more and more…liking things on facebook. But last Sunday, 350 attendees of the Bhakti Festival in Joshua Tree gathered together to use their bodies to form the shape of a water goddess in an aerial art ritual designed to raise awareness about the drought in California and make a statement about fracking.

We caught up with Sridhar Silberfein, the founder of Bhakti Festival about why he felt it was important to integrate activism into this year’s festival. “I want to have meaningful presentations about serious issues that we are facing in our everyday lives [present at the festival…People think, ‘I get spiritual so I don’t have to involved with the world…I can just sit and meditate and om.’ No. Spirituality provides you the discipline, strength, and confidence to go out into the world.”

John Quigley began making large scale aerial art 20 years ago during an ocean clean up in LA.  It started out as an impulsive idea to get the attention of the masses by getting people to use their bodies to form a message, and he engaged the Coast Guard to use their helicopter to take the photo. Quigley spoke about the unique power these large scale art projects have, “It’s a way for communities who don't have the resources to buy advertising to get into main stream media with messages about things they care about…We live in a visual society; it's quite powerful for the people who see the images, but also for the participants.”

Quigley joined forces with Magalie Bonneau-Marcil, founder of Dancing Without Borders, to integrate the ritual of dance and make the process of creating the images a more dynamic and meaningful experience for the participants. Together, they are working on the global goddess tour to create images of goddess’ around the world with the intention to ritualize the transformation between the relationship with the masculine and the feminine. They have created aerial art that addresses themes such as ecosystems, freedom, humanity, climate change and energy, indigenous rights, whales sanctuary preservation, and healing between the genders.

Bonneau-Marcil believes that activism can be transformed from being confrontational to being a more creative, life-affirming, embodied experience. “These kinds of creative actions are transforming the perception of reality of the participant and the online viewer, reconnecting us with a sense of purpose, power and the beauty of Mother Earth.”

I’ll be frank, it’s hard to imagine this making of this image is going to make a dent on fracking. But what I experienced, walking through the desert with a group a people in as much curiosity about what we were doing as intention behind what we were doing, was the power of what happens when people gather together, in person, for a common cause.  Something happens in that space that isn’t as measurable as the amount of signatures on a petition. As we gathered in the dry desert of Joshua Tree, and laid down forming the outline of a Goddess and the message, “We Are Water” and “Protect Water”, clouds gathered and covered the sun, a small rainbow filled the sky, and I kid you not, lightening struck in the distance. One could say that it was a fluke, or one could say it was perhaps one of the oldest forms of activism, the forming of a relations between people and the land in ritual and prayer.

Leah Lamb is a writer, storyteller, and educator living in the Bay Area. www.leahlamb.com 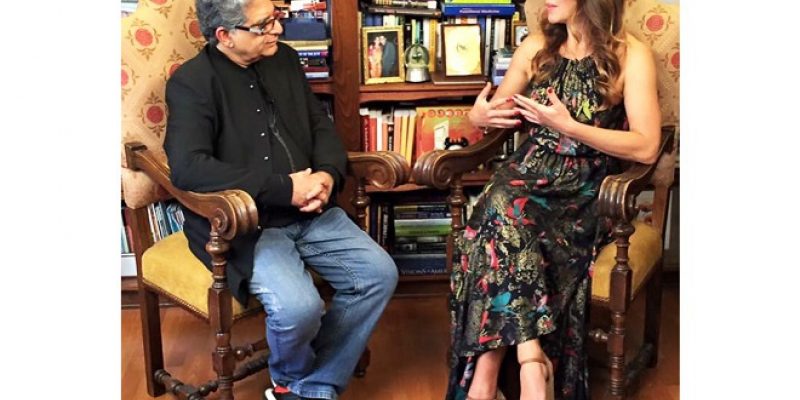 3 Ways Yoga Can Connect You to Greater Happiness 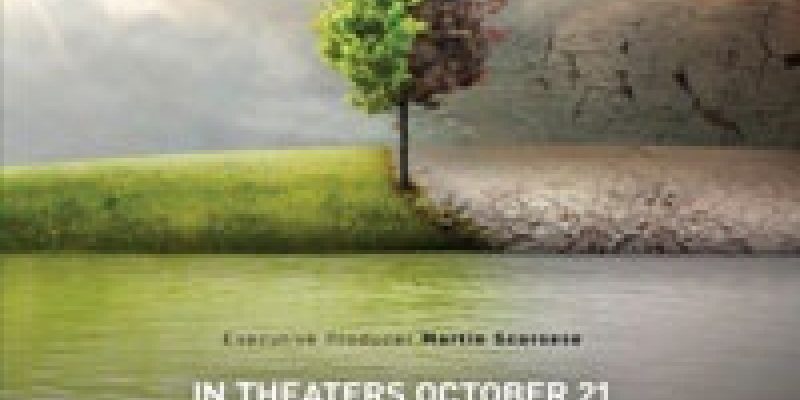