What Makes an Ordinary Place a Sacred Space?

With one in five Americans now unaffiliated with organized religion, a new generation is on a journey to create—or discover—the next great sacred space. 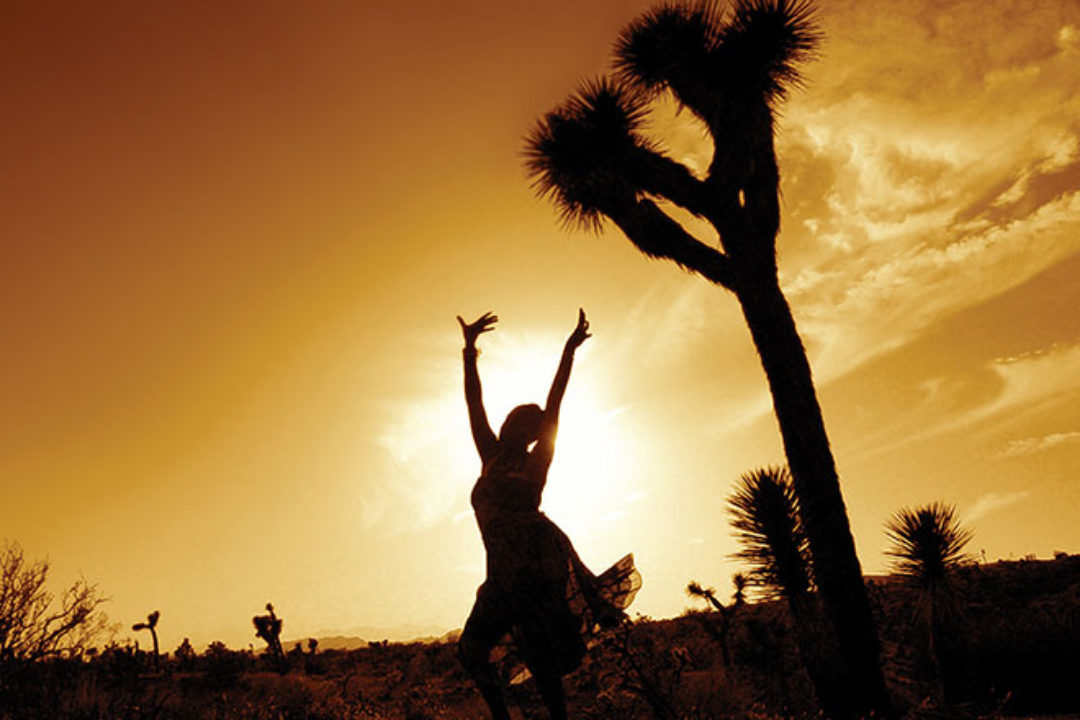 Every Thursday, more than a hundred Denver residents gather in a sanctuary they have consecrated with offerings of food and drink. They create altars to express gratitude or to remember loved ones they’ve lost. Then they pray—only not with palms pressed together, but with their entire bodies, swaying, rocking, twirling, and jumping with the beat. Welcome to Rhythm Sanctuary, an ecstatic dance community open to all.

At her weekly gatherings, Lenay adds a curtained gateway, a sprinkling of rosewater, and other objects of ritual to transform a generic chandeliered ballroom into a sacred space. Altars symbolize masculine or feminine energy. Group members are free to modify or create altars of their own—one person, mourning a parent, transformed an altar into the artery of a heart, inviting the group to dance through it.

Finally, the atmosphere is sanctified with a half hour of silence before dancing begins.

This environment “is an invitation to come in,” says Lenay, “and it’s designed to be a segue between the ordinary world and the sacred world we try to create.”

Today, one in five Americans is unaffiliated with organized religion, and their ranks continue to grow, according to a 2012 survey by the Pew Research Center’s Forum on Religion & Public Life. Yet like Lenay, who incorporates Hebrew and Sanskrit chanting into her weekly dance gatherings, many within this unaffiliated 20 percent still find comfort in the rituals of religious faith or crave connection with a spiritual community or higher power. In fact, a quarter of those who identified as religiously unaffiliated report feeling a desire to belong to a community with shared values and beliefs, and 37 percent describe themselves as “spiritual but not religious.”

So if these religious “free agents” aren’t turning to church or temple for spiritual kinship, then where do they find it?

Whether it’s a daily trip to the yoga studio, disciplined practice at a martial arts dojo, a quiet corner of the house reserved for meditation, or even a pilgrimage to the Burning Man festival or Machu Picchu, for an increasing number of Americans, spiritual practice itself is what creates a sacred space. Through pilgrimages, rituals, and symbolism, secular practices are bringing about the advent of new houses of worship—and they don’t always have walls or doors.

For Melati Olivia, Brazilian jiujitsu and kung fu gave her a sense of the inclusion she craved. The Boulder, Colorado, resident became so close to her fellow practitioners that they became her “kung fu family.” Later, Olivia found the same sort of kinship at festivals like Burning Man, Wanderlust, and Sonic Bloom, where she felt a sense of sacred connection when she participated in ecstatic dance or even held hands in a circle. Movement, says Olivia, helps release inhibitions because it’s a “physical identification of your willingness to move a little deeper.”

What else turns an ordinary place into a sacred space? Creativity—whether it’s expressed in the improvisation of ecstatic dance or in the mind-bending sculptures, performances, and installations at an event like Burning Man—is another common thread, says Bron Taylor, a professor of religion and nature at the University of Florida.

“What unites these diverse road-show performers is their belief that the arts can transport persons imaginatively into the wilderness, evoking in them deep, intuitive, and mystical knowledge of the sacredness of earth and of all life,” he says.

Many of today’s seekers looking to establish a new spiritual community also find their sacred space in nature. More than half of those surveyed by the Pew Center report feeling a deep connection with nature and the earth.

Taylor recalls a trip he made with a group of environmental activists to Wisconsin’s Chequamegon-Nicolet National Forest. He remembers noticing that the awe and veneration normally associated with temples or other places of worship was palpable when the party reached a site he calls the “holy of holies”—the most biologically diverse area of the forest.

“They used quieter voices, and there was a kind of hushed reverence, a calmness,” says Taylor, whose book Dark Green Religion: Nature Spirituality and the Planetary Future explores nature-based spiritualities.

Yet what makes a space in nature sacred only begins with its wild beauty or biodiversity, he adds. “Contemporary religious studies scholars would generally say that whether a religion’s sacred space is a built or a natural environment, it’s human activity that consecrates those places and makes them sacred.”

Still others, like the thousands who each year visit Sedona, Arizona, for the legendary energy vortexes, seek out spaces in nature they consider intrinsically sacred.

“A sacred place like Sedona has an energy to it that’s separate from whether people come here or not,” says Craig Junjulas, founder of the Sedona Metaphysical Spiritual Association, who claims the vortexes are sites of concentrated energy that promotes healing or awareness.

“[In Sedona] there was this beautiful energy swirling around, and the Native Americans would come here for ceremony,” says Junjulas. “That brings a sacred energy and lays it on top. So you have the two layers: the natural flow and then the higher human energy.”

After a revelatory trip to the ancient city and temple of Teotihuacán, north of Mexico City, Sherri Rosenthal was prompted to help others tap into the “two layers” of energy in sacred places. A former podiatrist, Rosenthal founded a travel company, Journeys of the Spirit, which offers retreats to sites—such as Uxmal, Yucatán, and Machu Picchu—significant to indigenous or ancient cultures. She says visiting the sites and participating in ceremonies there often function as spiritual mirrors that help sojourners see themselves more clearly or overcome internal obstacles.

Still others, like Cheryl Strayed, have found spiritual healing in pure wilderness. Strayed wrote about overcoming the loss of her mother and a difficult divorce during a solo trek along the 2,650-mile Pacific Crest Trail from California to Oregon in her memoir, Wild.

“Once I did it, I realized how much a part of some primal rite of passage it was,” she says.

“Wilderness places in the history of religion have sometimes been seen as dangerous haunts of Satan,” says Taylor. “On the other hand, they’re often viewed as places of spiritual challenge and opportunity, places of empowerment, transformation, and healing.”

Strayed details how the grueling repetition of the trail—break down camp, cook food, find water, hike, hike, and hike some more, set up camp, read, burn the page to lighten her load, sleep, repeat—helped her find a sense of the sacred in the wilderness and within herself.

“There was something ceremonial and ritualistic about it, and there was power in that simplicity and repetition,” says Strayed.

Strayed’s journey shows how both secular and religious practice can “focus energy on whatever is considered sacred and, ultimately, meaningful,” says Taylor.

One ritual that Taylor says is a core part of his spiritual practice is surfing. Carrying the board to the shoreline, paddling out through the whitewater, pausing to watch for an incoming set, then feeling the surge of ocean beneath him as he catches a wave quiets his mind, filling him with a sense of balance and connection.

For others, he says, that same feeling of peace and rightness might be found in a cathedral or on a cliff overlooking the ocean. Whether we build our house of worship through nature, movement, creativity, or prayer, we are all seeking the same connection to the divine.

“It helps,” he says, “to not take too seriously the silliness and meanness of the human world.” 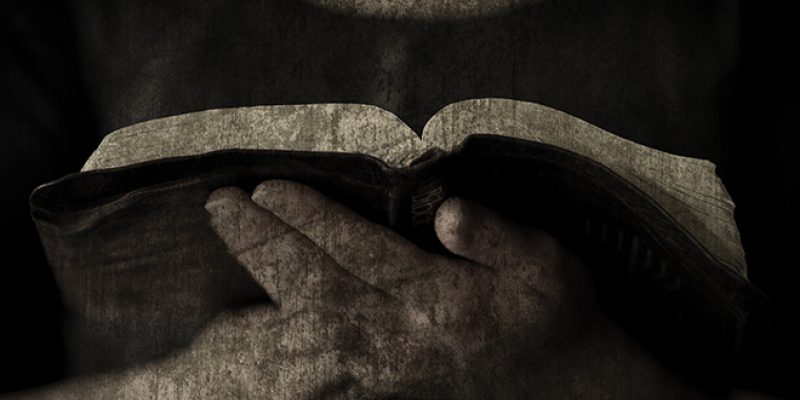 A Zen Master's Guide to the Bible 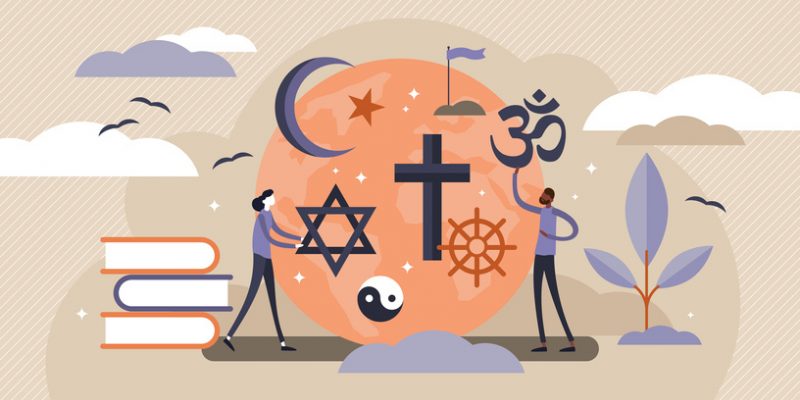