The Physics of Our Entanglements

Reality isn’t what it used to be.

Historians disagree over precisely when it changed. Some say the year 1905. Others point to key events in 1964 and 1982. I think of it as a glacial shift that took most of the 20th century.

The new reality is not yet fully understood, but what we’ve grasped so far suggests a startling metamorphosis of the old, something so unexpected that for many decades hardly anyone paid attention to it. Those who did notice were, at first, speechless. When they were able speak again, they muttered terms like shocking, bizarre, mind-boggling and spooky. “They” are not advertisers hyping commercial products we don’t need, but sedate physicists and philosophers struggling to understand what the new reality means.

This “new reality” refers to the modern understanding of the interconnected medium in which we live, the fabric of reality as revealed by modern physics. It began with a prediction of quantum theory that particles — even particle traveling away from each other at the speed of light — could remain connected such that changing the electric charge of one of the particles would also change the charge of the other. Einstein couldn’t quite believe the prediction, calling it “spooky action at a distance.” Erwin Schrödinger, one of the founders of quantum theory, then used the word entanglement to refer to connections between separated particles that persisted regardless of distance. These connections are instantaneous, operating “outside” the usual flow of time.

Entanglement was not widely accepted at first. Then it was thought to be so fragile that, in the estimation of a prominent physicist, “anything, even the passage of a cosmic ray in the next room, would disrupt the [quantum] correlations enough to destroy the effect.” The first demonstrations of entanglement in the1970’s relied on extremely sensitive measurements in exotic conditions like extreme cold or incredibly short periods of time. Now, however, researchers are reporting increasingly complex forms of entanglement that are lasting for much longer periods of time, and at higher temperatures. Physicists have been able to entangle ensembles of trillions of atoms in gaseous form, and entanglement has been demonstrated among the atoms of relatively large chunks (centimeter-square) of salt. Entangled photons have been shot through sheets of metal and remain entangled after punching through to the other side. Photons even remain entangled after being sent through 50 kilometers of optical fiber, and while being transmitted through the open atmosphere. In one truly mind-bending recent experiment at the National Institute of Standards and Technology in Boulder, Colorado, researchers created particles that rotated both clockwise and counter-wise at the same time. Then, when one of the particle was observed by a laser, it settles into a single direction, and all the particles instantaneously starting spinning in the same direction as well.

The list goes on. A review of developments on entanglement research in March 2004 by New Scientistwriter Michael Brooks concluded that “Physicists now believe that entanglement between particles exists everywhere, all the time, and have recently found shocking evidence that it affects the wider, ‘macroscopic’ world that we inhabit.”  The bottom line is that physical reality is connected in ways we’re just beginning to understand – and these connections are much stranger than we think.

The New Science of Bio-entanglement

What driving much of the research into entanglement is the possibility that it can be harnessed to create a quantum computer that is thousands if not millions of times faster that than fastest supercomputer of today. Already, clusters of four entangled photons have been demonstrated to make quantum computing significantly easier to accomplish than it was previously imagined. What fascinates me about entanglement, however, is not the creation of quantum computers but bio-entanglement — quantum connections within and among living systems — that some scientists believe will be useful in explaining the holistic properties of life. Already, organic molecules like tetraphenylporphyrin (C44H30N4) have been successfully entangled.  While practical difficulties must be overcome before entanglement is demonstrated in proteins, viruses, and larger living systems, there’s no theoretical limit to how large an entangled object can be.

Numerous scientists, including Nobel Laureate physicist Brian Josephson, have also proposed that biological systems might find ways of using entanglement in novel ways. In 2005, physicist Johann Summhammer, from the Vienna University of Technology, proposed that because entanglement is everywhere in nature, it’s conceivable that evolution has taken advantage of it. In particular, he proposed that Entanglement would lead to a Darwinian advantage: Entanglement could coordinate biochemical reactions in different parts of a cell, or in different parts of an organ. It could allow correlated firings of distant neurons. And … it could coordinate the behavior of members of a species, because it is independent of distance and requires no physical link. It is also conceivable that entanglement correlates processes between members of different species, and even between living systems and the inanimate world.

Physicists have even speculated that entanglement extends to everything in the universe, because as far as we know, all energy and all matter emerged out of a single, primordial Big Bang. And thus everything came out of the chute already entangled. Some further speculate that empty space, the quantum vacuum itself, may be filled with entangled particles. Such proposals suggest that despite everyday appearances, we might be living within a holistic, deeply interconnected reality. To be clear, these speculations are being proposed by traditional physicists, not by starry-eyed new agers or mystics.

Why don’t we feel so entangled? Physicists point out that when carefully prepared atomic-sized objects interact with the environment, by say colliding with air molecules or passing through electromagnetic fields, they become entangled with those objects, but such interactions tend to quickly smooth out the special state of quantum “coherence” in which simple forms of entanglement can be most easily observed. This loss of coherence, appropriately called decoherence, is (among other reasons) why we perceive everyday objects as separate and not as blurred together. What’s important to remember here is that decoherence doesn’t magically make quantum effects vanish. We’re still thoroughly permeated by entangled particles. The question posed here is whether these deeply entangled states are meaningfully related to human experience. I propose that the answers is yes.

In the near future, when the concept of entanglement is better understood, I expect that someone will get a bright idea and ask, “I wonder what would happen if two human beings became entangled? Perhaps they’d show correlated behavior at a distance too, just like entangled atomic matter does.” Case studies of identical twins will be used to justify this speculation. For example, consider the true case where twin boys raised separately were independently named “Jim” by their adoptive parents. Each Jim married a woman named Betty, divorced her, then married a woman named Linda. Both Jims were firemen, and both built a circular white bench around a tree in his backyard. Could such coincidences arise from common genes that programmed Betty tendencies, Linda tendencies, and firemen tendencies? Or does it reflect “entangled Jims”?

Intrigued by such stories and by demonstrations of bioentanglement, an enterprising scientist will conduct an experiment. She’ll isolate two identical twins in dark, soundproof and electromagnetically shielded chambers. She’ll ask them to keep each other in mind while at random times she’ll flash a bright light at one of them. Each of those light flashes will generate a predictable response in that twin’s brain. After confirming the presence of those responses, she’ll examine the brain activity of the other, non-stimulatedtwin, to see if there’s a corresponding response at the same time. This electroencephalograph or “EEG correlation” experiment will successfully demonstrate a positive correlation between the two brains, and it will be widely hailed as a breakthrough of stunning proportions.

How long will we have to wait before this fanciful scenario unfolds?  None. The “entangled brains” experiments have already been performed over a dozen times over the past 40 years by independent groups.  And they work!

One of the first such experiments was published in 1965 in the journal Science. That study reported that the EEGs of pairs of separated identical twins (two such pairs out of 15 pairs tested) displayed unexpected correspondences. When one twin was asked to close his or her eyes, which causes the brain’s alpha rhythms to increase, the distant twin’s alpha rhythms were also found to increase. The same effect was not observed in unrelated pairs of people.

Today, positive results in these EEG correlation experiments continue to be reported. A notable advance was published in 2003 by Leanna Standish and her colleagues at Bastyr University. This was an experiment not using EEGs but the brain scanning technology known as functional magnetic resonance imaging (fMRI). Standish found in one selected pair of participants that the visual cortex of the “receiving” person’s brain became activated when her distant partner was exposed to a flashing light. This outcome was consistent with the results of the EEG correlation studies, but it also located precisely where in the brain the effect occurs. In 2004, psychophysiologist Jiří Wackermann published a review of this class of experiments in Mind and Matter, a new scholarly journal devoted to interdisciplinary research on the mind-matter interaction problem. Wackermann concluded that there appears to be a real, repeatable effect, and it’s encouraging that with increasingly sophisticated experimental designs the effects continue to be observed by independent investigators.

In my new book Entangled Minds I suggest that we take seriously the possibility that our minds are physically entangled with the universe, and that quantum theory is relevant to understanding common psychic phenomena or psi (pronounce “sigh”). Common psi experiences include mind-to-mind connections (telepathy), perceiving distant objects or events (clairvoyance), perceiving future events (precognition), and mind-matter interactions (psychokinesis). Psi may also be involved in intuitive hunches, gut feelings, distant healing, the power of intention, and the sense of being stared at. I think it significant that there are words for psi experiences in every language, from Arabic to Zulu, Czech to Manx Gaelic. The universality of the words reflects the fact that these phenomena are basic to human experience. And indeed psi experiences have been reported by people in all cultures, throughout history, and at all ages and educational levels. This suggests that the phenomena are basic not only to human nature, but they also tell us something about the fundamental fabric of reality.

That said, we should avoid jumping to premature conclusions. I’m not claiming that quantum entanglement magically explains all things spooky. Rather, I propose that the fabric of reality is comprised of “entangled threads” that are consistent with the core of psi experience. Of course, human experience is far more than a collection of threads. Our bodies are tapestries built from countless variations of the fabric of reality. And our subjective experiences (to stretch a metaphor) are quilts made from tapestries that are stitched together in myriad, delightful ways. Understanding the nature of this quilt, and its relationship to psi, will take more than identifying the nature of the threads that weave the fabric of reality. But it’s an important first step. And it provides a new perspective from which to pose questions that may lead to unexpected answers. 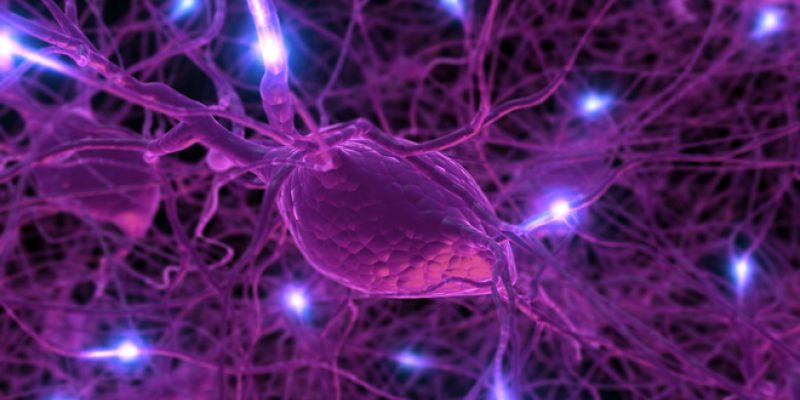 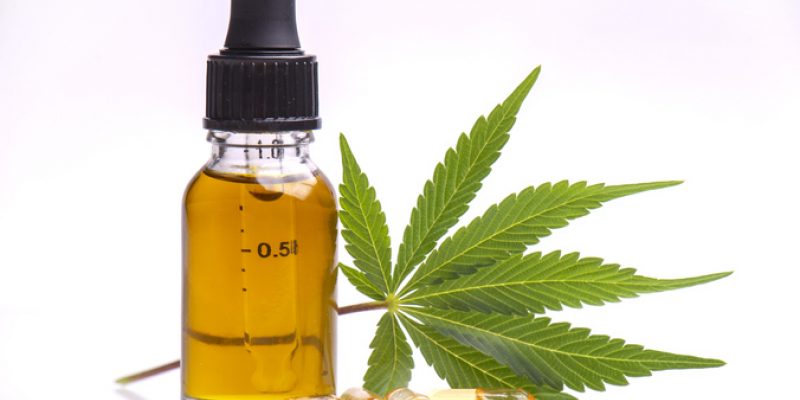 CBD Buying Tips: What to Consider if You're in the Market 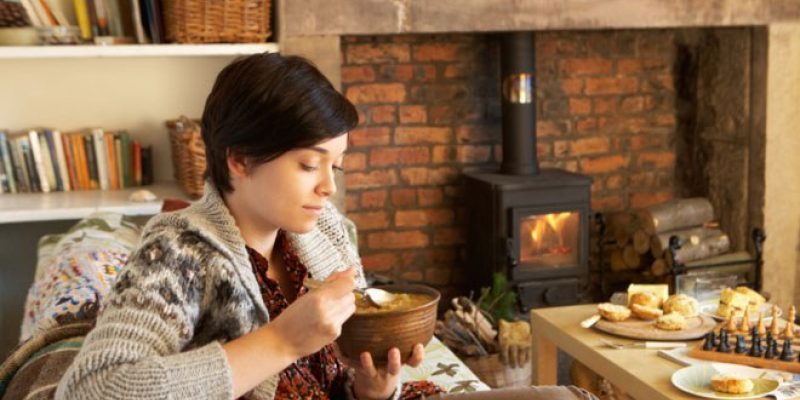 To Winter Detox or Not