The Modern Mystic’s Guide to Employing the Ancient Hindu Siddhis

Once believed to bestow supernatural ability, siddhi powers can be adapted to meet your goals and address contemporary concerns.

Siddhis is the name given by the ancient Hindus to the spiritual gifts that activate upon enlightenment. The dozens of attributes one might gain include being invisible or becoming as tall as a mountain. These paranormal siddhi powers are pretty neat. In fact, if we could tap into them, we’d become the equivalent of a Marvel action hero or X-Man/Woman.

I’ve been studying siddhis for years and have discussed them in many of the energy medicine books I’ve written, including Llewellyn’s Complete Book of Chakras and my latest, Advanced Chakra Healing (Llewellyn, February 2022).

Then, it finally struck me: As unusual or impossible as it may seem, we can apply these capacities to contemporary concerns.

How Are Siddhi Powers Activated?

After I background you, I’ll outline a sampling of them. Then, we’ll get down to how might you access these abilities when needed.

The basis of the siddhis is the belief that the physical body contains everything needed to exist on the material plane, not only in a mundane way but also on a magical basis. Most approaches have stated that superhuman siddhi powers activate once the kundalini rises, kundalini being a divine light and life energy that climbs the spine to help clear our issues and transform us spiritually.

Other age-old authorities have suggested that the siddhi abilities are the return of powers already present in other beings in the universe. The Vedic texts describe 400,000 types of humans in other parts of the cosmos who are automatically born with active siddhi powers.

There are dozens if not hundreds of other siddhis. Here is another list, taken from the Bhagavata Purana:

How about being immune to the impact of fire or knowing the future? We might not be able to employ these siddhi powers supernaturally, but we can undertake the following three-step process to powerfully benefit from them.

Select a Siddhi based on a modern interpretation. If you have a need, read through the list of these siddhis, google others, and decide which can be converted for support. You can energetically accomplish what might not be possible materially.

Let’s say you are attempting to set a long-term goal and could use a birds-eye view. The Kama-Rupam siddhi invites the assumption of another form. How about trying on the winged body of an eagle in your inner mind? Then imagine yourself looking at the outcomes of various choices.

I find it beneficial to organize the siddhis into three basic categories and then select a suitable siddhi to adapt to my concern based on the division it falls into.

Vision Gifts. These talents enable us to examine a situation or desire, or even the self, through the lens of the higher mind. Let’s approach the gift of the Anima in this way.

Anima allows us to see something as small as an atom. Certainly, chemists employ this ability, but how might you? Let’s say you’re overwhelmed with the details of a work project. Consider activating your inner Anima to assess and organize the fine details of the project.

Knowledge Gifts. These attributes invite the intelligent use of knowledge.

Our decision-making process, therefore potential success at an endeavor, is often contingent on available data. Take the gift of Devanam Saha Krida Anudarsanam, which involves watching the gods or angels. You could simply focus on a challenge and ask how you would view a god or angel handling a situation.

Action Gifts. In the end, we must act. Correct behavior can populate our own and others’ lives with love.

Consider the genius of Manah-Java, the ability to move the body to follow thought. It’s one thing to want to cook dinner. It’s another to cook that dinner. If you don’t follow through, you’ll be hungry and snacking all night long.

2. Meditate Upon the Use of the Gift

Take time to reflect upon your selected siddhi to gain a way to implement it. One of the mantras used in ancient times when seeking to assist the self or others was this: I seek the blessings of the goddess who grants the siddhis.

You can substitute the word “goddess” for any other spiritual term. No matter what, spending time with guidance before deciding how to employ a siddhi will align your own higher self with the process.

Seek the enlightened process and not the ego outcome if employing these gifts supernaturally.

For the ancient adepts, the downside of the siddhis was that they could tempt a practitioner into engaging them for selfish purposes, such as to manipulate others. Because of this, they often lectured seekers to use the gifts humbly and not be over-tempted by their power. Given that statement, sometimes these extraordinary faculties just might show up in uncanny ways, not only concretely.

[Read: “Are You Aware of Your Superpowers?”]

Take the gift of Ajña Apratihata Gatih, which involves being obeyed without hindrance. No surprise, the world has been—and is—full of individuals who employ this attribute for evil ends. It’s well known that Adolf Hitler heard a demon and it told him how to obtain followers. Some of today’s dictators and tyrants have figured out how to wield this faculty. So, when is it ethical to call upon, or be available to, the more mystical facets of the siddhis?

Years ago, I was struggling to deliver newspapers with my youngest son on his paper route. I don’t know if you’ve done the same, but it’s a pain. Every week, we toiled for at least six hours, all for twelve dollars a week.

We were both on different sides of the street, each holding a dog by a leash, when I heard a loud voice in my head say, “Tell him to stop!”

Immediately, I yelled at my son. My voice was so authoritarian, he came to a complete standstill on the curb. The next moment, a car sped around a corner. If my son hadn’t stopped, he could have been killed.

Feeling the power? Don’t forget to hone (and give yourself credit for) your ordinary superpowers too. 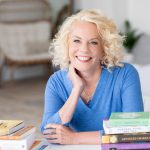 Cyndi Dale is an internationally renowned author, speaker, and energy healer. She is the author of 28 books on energy medicine, intuition, and spirituality. Her newest book is Advanced Chakra Healing: Four Pathways to Energetic Wellness and Transformation.

Studies suggest animals engage in their own kind of spiritual practices. Discover ...

If we’re all one interconnected humanity, what’s our common root system? Do we exist in a state ...

The Meditation Path and the Brick Wall

Buddhist nun (and celebrated author) Pema Chödrön has some ideas about what to do when your ...

Repaganizing suggests that paganism is our natural state—that recent trends are simply a return ...

As a teen, Felicia Cocotzin Ruiz realized that her ancestral foods were medicine. Now a chef and ...

Which stage of spiritual awakening are you in?