What 5 Unexpected Animals Teach Us About Wisdom

Need a wisdom teacher? Look no further than the animal world’s bees, snakes, and more.

Why do we associate some animals with wisdom? After all, wisdom is a very human characteristic, and we can’t even agree about what it means or how it’s achieved. Does it come with education, for example, or with age?

The funny thing is that our perspective on animal wisdom has very little to do with them and a whole lot to do with us.

We can probably agree that wisdom is some combination of knowledge and experience. But does it also include insight, good judgment, or compassion? Does a wise creature know everything, or is part of wisdom accepting that there are some things you don’t know? Does wisdom require contemplation or common sense? Extensive knowledge of earthly facts or some sort of divinely inspired perspective?

Needless to say, we have more questions than answers. And they’re all based on personal values. At the very least, it’s safe to say that most of us consider wisdom, whatever it is, as something positive.

What About Animal Wisdom (and Why Owls)?

Why we’re so eager to imbue animals with wisdom—to put a pair of spectacles on an owl and easily see it as a teacher—is an interesting question. Why do we commonly associate wisdom with owls and not, say, flamingos?

The Greeks found owls to be wise and associated them with Athena, the goddess of wisdom. But the Romans saw them as harbingers of death and used to nail them to their doors to ward off evil. In India, owls are associated with wealth, but it’s wealth acquired through foolishness, not by honest means.

[Read: “Visits From a Mystical Messenger.”]

We tend to think of elephants as wise as well. Is that because they never forget a face or because they mourn their dead as humans do? Perhaps animals like tortoises and whales are associated with wisdom simply because they live longest and have more experience than the rest of us.

Then, of course, there are chimpanzees and other primates. Does their so-called wisdom simply come from being more like humans than other creatures?

These are just some of the animals we typically associate with wisdom. But perhaps a more interesting question is what we can learn from some of the more unexpected animals that have been called “wise.”

We might swat at bees and try to avoid them, but we’ve also come to understand just how important they are to our ecosystem. Still, that’s not wisdom.

Yet Francis Bacon, one of the undisputed fathers of the Scientific Revolution, argued that bees had precisely the right approach to life. In The Great Instauration, Bacon wrote about those who simply venerate science by collecting facts and spewing them out—they are like ants (which “only collect and use”). On the other hand, those who regurgitate their own deep thoughts are like spiders (“who make cobwebs out of their own substance”).

But the bee, Bacon said, takes the best of both worlds by forging a middle course:

“[I]t gathers its material from the flowers of the garden and of the field, but transforms and digests it by a power of its own.”

Bees are thus the ideal symbol of how to understand the world. More recent literature has used “the wisdom of bees” as a guide to good business management. In other words, bees know how to get things done—perhaps better than humans do much of the time.

Bears are symbols of many different things—the boundary or transition between the wild and tame, a means of restoring harmony to the universe, and even both war and healing.

But it’s in Native American origin stories and legends that bears gain some semblance of wisdom. They are often seen as guides, teachers, and even leaders. The Lakota have a bear spirit called Hunúŋpa that represents both virtue and wóksape, their concept of sacred knowledge.

Native people from North America to the Japanese archipelago have believed that bears maintain a direct connection to the divine—something humans have long tried to cultivate.

Serpents aren’t always seen as benevolent creatures, though they are generally seen as powerful.

There was a snake in the Garden of Eden, snakes chased out of Ireland by St. Patrick, Medusa’s serpent hair that turned people to stone, snakes that bring rain to the Hopi tribe, and serpent gods that protected the Buddha. In ancient Greece, snakes were a means of healing in the temples of Asclepius, and serpents were closely connected with goddesses of intelligence and the secrets of the universe among the Aztecs and Mayans.

But why are they wise? Is it because they can live both on and underneath the earth, functioning between realms? Or is it their ability to shed their skin and become something new? Regeneration and rebirth conjure up ideas about one of our greatest obsessions—immortality.

In fact, we tend not to use the word wisdom as often when it comes to dolphins. That word was more commonly associated with the creatures in the ancient and medieval world when stories about altruistic, benevolent dolphins rescuing humans abounded.

They might be intelligent in their own right, but they seem to be considered “wise” only when they’re befriending or saving humans from the treacherous sea.

There are 300 species of octopus, so in some ways it’s hard to lump them together. And yet, they’re the creatures we’ve most recently come to think of as complex, soulful, and even wise.

For starters, they have nine brains, and none of them look like ours. They navigate the world in ways we have yet to understand (especially since we don’t fully understand our own brains). And with recent books such as The Soul of an Octopus making waves, it’s clear that we’re aiming to learn something about ourselves from them.

Octopuses are so unlike humans that our evolutionary paths diverged over 500 million years ago, long before the dinosaurs. Our bodies couldn’t be more different and yet we’re now ascribing emotions and personalities to them.

But perhaps their so-called wisdom lies in their unique level of consciousness. It’s quite humbling to think that a creature we have almost nothing in common with can thrive on our planet.

What We Learn From Animals

In case it’s not clear by now, wisdom is a word without a consistent meaning. For some it’s about the ability to contemplate or act with knowledge and insight. For others wisdom is about humility, compassion, and benevolence. Perhaps it’s precisely because we can’t seem to grasp the entire concept of wisdom that we value it so much.

The animal kingdom has always provided a way for humans to reflect on themselves. According to folklorist Jay Klendor, “We’re constantly figuring out how we can benefit from their habits and behavior.”

The animals described above reveal various aspects of the human propensity for self-reflection. In some cases, animals are considered wise because they are like us; in others, it’s the fact that they seem to have some innate, intuitive connection to nature, one we humans wish we had.

Looking for more on our non-human animal friends? Consider the special relationship between empaths and animals. 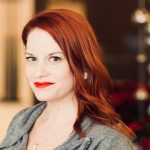 Soul Companion: Journeying With Another At the End of Life

Tap into the Sabbath practices of a hibernating bear. Unplug, rest ... and just be.

What the Cicadas Can Teach Us About Sex & Sacredness

We experience the cicadas’ life cycle as sound, sex, then silence. The coming brood makes us ...