Tending to Your Brain’s Alarm System in Times of Stress

Tending to Your Brain’s Alarm System in Times of Stress

Explore these concrete ways to re-program the "smoke alarm" in your brain for more calm and less anxiety.

One of my first apartments had one of those smoke alarms that went off every time we burned the toast or steam billowed out of the bathroom after a hot shower. Suddenly, my roommates and I would jump out of our seats and scramble to silence the alarm, usually by tearing out the batteries.

People with PTSD and anxiety can feel they have a smoke alarm like this in their minds. In a sense, they do. An overactive amygdala is like living with a smoke alarm in your brain that goes off every time you make toast. How well can you function when there’s an alarm going off? Probably not very well!

When the amygdala is activated, cortisol and adrenaline spike—and so does testosterone. Together these lead to aggression and a lack of empathy. If you want to survive, you do not want to think about how cute and furry that lion chasing you is. You do not want to slow down to wonder if it just wants to cuddle!

The primitive limbic system—your brain’s alarm system—becomes activated, pulling blood into the amygdala and out of our more evolved outer cortices, including the prefrontal cortex, where we regulate emotion, control impulses, utilize critical thinking, and make long-term plans. If the alarm rings long enough, the brain recalibrates itself for the long term.

The science shows that as we practice mindful self-compassion, the amygdala gets smaller and less active. This is not like tearing the batteries out of the alarm; it’s more like recalibrating it so that it goes off when a real danger is present, not a perceived one.

We can retrain the brain back into the window of tolerance while simultaneously expanding it. Through mindfulness, compassion, and positive psychology, we can come into an optimal mental state for thriving rather than just surviving. Here is one exercise to help you turn off that fire alarm—or at least turn it down!

If you find your nervous system ramping up, you might try one of these simple, perceptual awareness exercises:

Adapted from How We Grow Through What We Go Through: Self-Compassion Practices for Post-Traumatic Growth by Christopher Willard, PsyD. 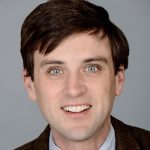 Christopher is a clinical psychologist at Harvard Medical School and author of more than 18 publications for children and adults. An international speaker and mindfulness educator, his books include Growing Up Mindful and Raising Resilience.

Embracing Loneliness in a Pandemic Winter

Loneliness means your heart wants to open. What do you want to open it to?

Futurist and historian of emotion Richard Firth-Godbehere walks through the vast expanse that is ...

Sometimes the fastest way to feel better is to simply allow ourselves to be with the emotion of ...

We talk to Karla McLaren about what we can learn from our anger, how to approach anxiety, why ...

4 Ways to Change the Story of Your Health

If you’re having health challenges, there are four key ways to let go of your confusion, bring ...

Women’s Circles: A Sacred Space to Celebrate the Divine Feminine

“Women’s circles are a gathering of women, for women. These sisterhood meetings give women a ...

Humans needs to unite with like-minded and like-hearted people and organizations to actively ...