THERE WERE MANY startling, terrible moments in the first few days after my husband died suddenly at 44. Shock. Periods of eerily self-possessed calm punctuated by sudden violent, uncontrollable crying jags. The simultaneous urge to hug someone or beat someone up.

I’m talking about one of the forms I had to fill out not long after Scott suddenly collapsed of a heart attack in my arms. (I’m convinced that bereavement is one-third sorrow, one-third anger, and one-third paperwork.) On the marital status line I instinctively started to tick the “M” box for Married, the one I’d only been ticking for five and a half years. I’d gotten used to it. “M” was my box now. Except now, in an instant, it wasn’t, no matter how much I wanted it to still be. My eyes, swollen from the tears I couldn’t stop crying, wandered tentatively down the form. “D” for divorce? No, that’s not me. So what was left?

I didn’t want my eyes to have to go lower, to the only box I knew was left. But it was there, ghoulishly waiting for me, the “W” for widowed. Gross. I knew that technically was what I was now. But the word seemed wrong and deformed. Widowed people are either old ladies in black shawls or hot dudes in Hallmark movies raising precocious kids and waiting to fall in love again.

And it occurred to me then, as it had every moment since I entered the ER as a wife and left as a widow, that I had no idea how I was going to do this. And by “this,” I meant breathe. Tell our toddler that Daddy wasn’t coming home. Go to work. Stop wanting to punch things. I couldn’t even handle a box. How was I supposed to do any of the rest of the widow stuff?

We aren’t in Victorian times with rules about how soon you can leave the house or put your veil away. There is no template, no handbook, no onesize-fits-all solution, and if there was one on sale somewhere I’d buy it just to set it on fire and stomp on it, because it would be a lie.

You may have been able to prepare the paperwork stuff, like the funeral preplanning, the wills, and the insurance. These things are important to have in place so you aren’t scurrying around later when you should be somewhere crying and pulling what’s left of your heart together. But what you can’t prepare for is that empty bed. That unoccupied space on your couch or passenger seat. The final, abrupt goneness of it all.

Try to surround yourself with people who know when you need people and when you don’t. I am blessed to have had close friends and family living near our home when Scott died, and also more thousands of miles away. They all rallied when and how they could, especially to cover the things I was in no shape to do. They made the death notification calls to people they knew I hadn’t had the wherewithal to contact myself; they braved the disbelief and sadness of delivering that awful news. They coordinated food drop-offs and airport rides for arriving mourners, and also pickup for my toddler from daycare. They knew when to hug me, to feed me, and to ask if I was okay, but also when to back up and let me go stare into the corner with a cocktail and something fried.

I’m incredibly lucky to have these people in my life. I also must add that some of the people you love may let you down, maybe because they weren’t as close to you as you thought, or because they’re sad too and just don’t know what to say. That hurts. And you have to let it go. You have enough sadness right now. Adding more doesn’t serve you.

Also … therapy. Therapy was key for me, both in working out my grief and in learning to be OK for my son, who was now going to be raised by a grieving single mother and her mother, who hadn’t planned on coparenting a toddler but signed on anyway. I know therapy isn’t for everyone, but I recommend any sort of counseling you can get from a social worker, clergyperson, or someone who will tell you the truth and isn’t going to be hurt if you yell at them.

I look back over the last six and a half years and see a lot of practical and emotional choices that I made because I had to. Some of them I know my husband would have approved of, like the house my mother, son, and I moved into not long after his death, in the school district he had wanted to buy in. Others I’m not sure he would have approved of, like moving back to our native Baltimore in the middle of a pandemic and buying a house in a place he had moved away from years earlier.

And you know what? I can’t worry about that. I am a widowed single mom who became where the buck stops. I still had to do it, so I did. I didn’t plan to be a widow. I was not ready to be a widow. I still hate that stupid “W” box. But it’s my box now, and I have had to grow into it. I am not always going to do the right thing. I still miss my husband so much, although in a less desperate way than I did in the emergency room.

But I know myself better. I know what I can survive. And I’ve learned enough that I hope that telling people about my sadness and confusion and my survival can help someone else, so other people who have to check those boxes know that someone else got through it, too. 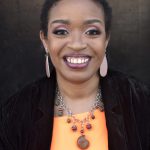 Leslie Gray Streeter is a journalist and speaker and the author of Black Widow: A Sad-Funny Journey Through Grief For People Who Normally Avoid Books With Words Like "Journey" In The Title. A longtime columnist at the Palm Beach Post, she returned in 2020 to her native Baltimore.

Surviving the Pain of Pet Loss

It’s often said that “grief is love with nowhere to go.” Ignore voices telling you to move on, ...

Do Your Pets Get More Attention Than Your Partner?

When my animals ask for food, I usually stop what I am doing and take care of their needs. All ...

Raising kids has a way of hammering home insights that are both obvious and always, somehow, ...

Compassion for Dating in the Technological Age

The Impact of Chronic Illness on Relationships

"In doing the research for our book, Love in the Time of Chronic Illness: How to Fight the ...