“We are united in the emotions that drive us into the beliefs that divide us.”

The greatest and most important problems of life are fundamentally insoluble, Carl Jung wrote. “They can never be solved, only outgrown.”

Which is perhaps to say, the best thing to do in the face of our fears is nothing at all. That feels absurd, at first, to those of us who cling to our intellects like life rafts, overusing our capacity for sense-making in a doomed effort to seek safety in dark times. Instead, Jung advised that we let the psyche process what it needs to. “Consciousness is forever interfering, helping, correcting, and negating …,” he explained. “It would be simple enough, if only simplicity were not the most difficult of all things.”

The required nonreactivity in the face of extreme discomfort is “an art of which most people know nothing.” That was true of me as I embarked on my last book, The Believer: Encounters with the Beginning, the End, and Our Place in the Middle. During the last four years, I spent time immersed with Mennonite missionaries; a woman incarcerated for 35 years for murdering her abusive husband; a ghost-hunting neurophysiologist; the fiancé of a missing pilot and the UFO researchers who argue he encountered aliens; evangelical scientists; and a Buddhist death doula and the woman whom she helped attend her own funeral.

Their stories were diverse and sat on a spectrum of rationality. But something lay curled inside their words that gestured towards the idea that we are united in the emotions that drive us into the beliefs that divide us.

Joan Didion observed that we tell ourselves stories in order to live. That idea is present in the social research of Brené Brown, the meditations of Pema Chödrön, Donald Kalsched’s psychoanalytical studies of childhood trauma, and Kristin Neff’s and Christopher Germer’s work on self-compassion: We reflexively protect our vulnerability inside a fortress of story.

We have evidence that certain stories connect and empower us by allowing us to understand our pain in the context of a life journey. But we also have a messier tendency to flee into our heads in a doomed effort to think our way out of pain. That sort of traumatic rumination takes the form of blaming stories, shaming stories, stories too seamless or sparsely populated to reflect the messy totality of human life. We are built to do this, wired for the dark safety of certainty at the cost of accuracy. From our cognitive biases to the protective defenses in our psyches, we often see only what we believe we can bear and will defend it vigorously. That fortress eventually becomes life-constricting because we cannot think pain away. But while pain cannot be eliminated, it can be ameliorated by steadfastly standing by ourselves, and each other.

We are united in the emotions that drive us into the beliefs that divide us.

The book became a journey into the limits of cognitive solutions to our existential trials. And before I could explain that to others, I needed to accept it myself.

In the book, I share how I found the therapist who eventually guided me through what had been a debilitating decade of anxiety and depression by placing those symptoms in their historical context. This therapist taught me the language of family systems and relational trauma. At our first appointment, I took out prepared notes, explaining that I needed to understand how to fix it all in order to claw my life back.

Perhaps he saw something I’d missed? In response he sat very still. Then he apologized for not thinking in as ordered a way as I did. But it seemed to him, he explained, that if these problems could be solved by thinking, I would’ve solved them by now. Perhaps it was time to go someplace below the neck—I remember how he placed one hand on his abdomen, so tenderly, as though he needed it, too—and just breathe.

I had no idea what he was trying to tell me. What problems could possibly be immune to thought? But seeing as I was there anyway, I gave it a little try. I breathed exactly enough to begin to reverse the direction of one speck of frantic discomfort inside me. It ended up saving me, his seemingly secret knowledge that the homes we make in our heads are often no safer than the ones we make in the world. And that the only solution to this is no solution at all, but rather one breath; and the next one.

It wasn’t until I spent time with some of the women in this book that I started to truly understand what it meant to embody the lesson that the world is full of painful facts that cannot be elaborately explained away.

Lynne was freed from prison at 70, after spending half her life there for killing the husband who had abused her and their child. She spoke frankly about what she had done, what she had lost. Over years of conversations, I could see she had not let her circumstances steal her joy and compassion. Annie Whitlocke, an abuse survivor and practicing Buddhist for 40 years, devotes her life to supporting people to have the most peaceful deaths possible. I watched Annie help Katrina, who had weeks to live, celebrate her life in the presence of her loved ones.

Their lives showed that it’s not our storytelling tendencies that are the problem, it’s the spaciousness of the stories themselves. The life-embracing stories these women told themselves about what they had endured were large enough to contain the things many of us run from by trying to artfully reason them away: anguish, cruelty, irredeemable loss.

Blame or shame were stories they had no time for; when they caught themselves fleeing or fighting or freezing they would name it—often with a gentle smile—and return to the more solid ground of the lives they had built. In the narratives they spun about those lives, there was sufficient room for the dark to sit alongside the light without consuming it. Which is something we all need, and something we can practice getting better at by spending more time “below the neck,” as the therapist put it.

My biggest surprise when writing this book was the story I found myself telling. I thought I was writing about the wonders of human variation, our ineluctable separateness. But, in the end, it is a book about shared vulnerability, that source of true connection—the quieter, deeper marvel of our commonality. 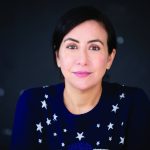 Sarah Krasnostein is an American-Australian writer with a doctorate in criminal law. She is the author, most recently, of The Believer. Her first book, The Trauma Cleaner, was a finalist for the UK’s Wellcome Prize.

10 Reasons to Say No to Sex

Ranging from immediate circumstances to larger convictions, here are 10 good reasons for saying ...

Loss and a Snowflake: A Ritual for Healing

Sex therapist Tammy Nelson, author of Open Monogamy, suggests that you can have your cake and ...

The gift-giving season is almost here, but that doesn't mean purchasing more “stuff” for your ...