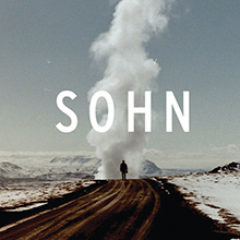 The debut album from music producer Sohn is creative, emotionally honest, pop-flavored electronica with gentle male vocals. Tremors is a strong and balanced set of 11 songs that delve into the spiritual aspect of the human condition, including loss and desire, isolation, and reconnection. Sohn takes us on a rich, poetic journey through a dark night of the soul: “Is it over? Did it end while I was gone? ’Cause my shoulders couldn’t hold that weight for long,” he croons in the catchy, up-tempo “Artifice.”

Sohn, the German word for son, is the adopted name of this London-born musician who now calls Vienna home. Previously, Sohn produced projects for other musicians, including the song “Waiting Game,” by Banks. This debut of original material—“shotgun poetry and killer prose”—is destined to grab the ears and hearts of listeners worldwide. Sohn’s voice is high, bittersweet, and pure.

I haven’t decided yet which of Sohn’s music videos I appreciate the most. There are live performances directed by Andreas Waldschuetz with Sohn appearing as an introspective monk; the beautifully conceptualized videos for “Lessons” directed by Oliver Groulx in London; and “Bloodflow,” filmed by Italian artist Christian Pitschl in the Bavarian Alps.

Tremors was recorded during an intense period of all-night sessions, and Sohn writes on his website, “There’s something about the way I was working overnight on the album which found its way into the sound. Every night finished with a cold sunrise and a walk home.”