The Geography of Light 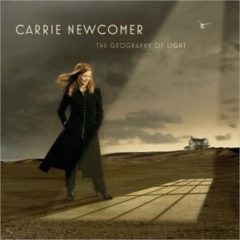 The Geography of Light is Newcomer’s eleventh release on Rounder Records, and those who have enjoyed her previous albums, including The Age of Possibility, The Gathering of Spirits, and Regulars and Refugees, will find some of her most intimate work yet in this new collection. Newcomer is a Quaker and, in an eyes-wide-open, accessible style, she easily moves between two worlds — that of her progressive spirituality, and that of a secular world in which things are not always what they appear to be, where sometimes “the only way out is through.”

The Geography of Light was influenced in part by Newcomer’s friendships and collaborations with theologians and authors of note, including Parker J. Palmer, Philip Gulley, Jim Wallis, Scott Russell Sanders, and Barbara Kingsolver. And if that sounds as though things might be getting a bit complicated, she simplifies it, saying that for her, songwriting is about “telling a compelling story in language and music with elegance and clarity.”

Newcomer’s voice is rich and deep, and she uses it with a gentle touch that can let loose with raw power when needed. Her writing takes on serious subjects and, in a style rooted in the folk, Appalachian, and classical idioms, imbues them with a spiritual tone and structural simplicity that hides a real depth. But even for those who choose to ride along the surface, Newcomer’s music satisfies; the Austin Statesman called her voice “rich as Godiva chocolate,” and this description is apt — it goes down easy and leaves you wanting more.