In his newest collection, beloved poet Billy Collins includes poems about spiders, Arizona, funerals, and how to eat a banana.

“Read. Just Read,” advises Billy Collins. “The best teachers are not lecturing behind some seminar table, but are instead sitting quietly on the bookshelves of your home.”

Collins is a former Distinguished Professor at Lehman College and the author of 12 books of poetry, including Aimless Love, Sailing Alone Around the Room, and The Rain in Portugal. He explains, “I’m not writing of some vague interiority, not my autobiography or about my feelings. I think each poem must be different from all the others. Therefore, I’m a poet of subject matter.” In his newest collection, Whale Day, the poet includes poems about spiders, Arizona, funerals, and how to eat a banana. “I find joy in the variety of things to write about.”

“If you ever want to have a spiritual sense of yourself, stop doing things. You are not distracted from doing things, it’s the doing that’s the distraction!”

Despite 16 years of a Catholic education, Billy Collins leans towards agnosticism. He finds time for daily rituals of awareness. “It’s not a full-time job writing a poem,” Collins explains, “and when I finish, I’m not a poet anymore. I walk in the world with my eyes open, like Flannery O’Connor once said, ‘Never be ashamed of staring. There’s nothing that doesn’t require our attention.’” Collins’ awareness is not searing, but peripheral, not striving to get something. He notes, “If you ever want to have a spiritual sense of yourself, stop doing things. You are not distracted from doing things, it’s the doing that’s the distraction!”

“Every day, I go down the street and sit, just looking out across the lake. I find it restful, and as a result, I have a very low pulse.” He also believes in working toward things you’ll never be good at: “One is I try to play jazz piano. I’m not very good, but I enjoy playing new songs on my Yamaha that nearly takes up a whole room. Another is learning Italian.

“I don’t think I’ll ever be fluent, but I have this fantasy of speaking Italian and playing piano at the same time! Chess is another example.”

During this talk of doing, Collins shares a formative text by Brother Lawrence, a 17th-century monk, a Carmelite who once stopped to look at a tree in winter. “He must have gazed at it for more than a minute then flipped out, had an epiphany. He became a searcher. Even for a nonbeliever like me, his book The Practice of the Presence of God is powerful. While you’re washing the dishes you might say, ‘I am doing this in the presence of a higher power,’ and you gain access to something greater.”

When asked about this “something,” he responds, “Who really knows? I have trouble synchronizing two images of the godhead. One is the creator who crafts imploding materials and shapes star nurseries. The other god, I pray to for the Yankees to win. I can’t see the figure who created all this incredible, infinite universe giving a damn about what team wins. I believe an awareness of the spiritual begins with a rejection of the afterlife. I like to think God says, ‘I gave you all this and you want more? Hold on. You want to be immortal? No, no, no, I’m immortal!’”

“Also, consider what it would be like to be conscious forever. In hell, this would be measured in pain, but what would the measurement be in heaven? The god I’m creating here would also say, ‘I gave you death. Death is a way of italicizing your life.’ When they asked Kafka the meaning of life, he said, ‘The meaning of life is that it ends.’”

In a noteworthy poem from Whale Day, the speaker rubs his face and finds the coarsening whiskers to be proof of his very existence. Like many of the great bards, Collins watches the shadow of mortality fall across the page, writing “about love and death” and working toward those “ingenious [poems] that are about both at the same time.” Over the years, his voice hasn’t changed much, an interplay of humor and poise, a voice that he describes as “an instrument that no one else can play but me, and all I want to do is keep playing.”

I would like to be laid to rest in a big tomb
topped by a stone figure of an angel,
who appears to have landed there
in order to sob forevermore,
her face buried in her bent arm,
one folded wing hanging by her side.

Then, whenever I found the time to visit my own grave,
after approaching with slow, respectful steps,
I would place around her rough neck
the garland of wildflowers that I knitted,
then run back to the car, laughing and immortal!

—From the collection Whale Day by Billy Collins 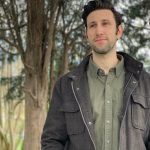 6 Steps to Ignite Your Power of Intention

What do you want? Use the power of intention to focus your mind on your next steps.

Explore how the idea of rebirth (and memories of past lives) is not limited to Eastern ...

Spirituality and Other Powers

As something separate from you, a higher power has to be implored to restore you to sanity. When ...

The Enneagram offers powerful insight into ourselves and how we treat others. Dive into a ...

“Loving yourself is like / feeding a clear bird / no one else can see.”