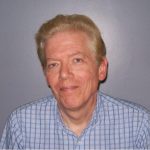 Enjoy this excerpt from the introduction to Whole Body Prayer: The Life-Changing Power of ...

Spirituality and Your Motherboard

“Regardless of your religion or lack thereof, what is your motherboard, your non-negotiable, ...

Find solace in an animal rosary practice that invokes blessings on our furry, finned, and ...

It’s like astrology but add some fur and feathers. Discover your animal sign and how this animal ...

Spiritual Meaning of the Crescent Moon

Podcast: Rev. Michael Curry, the Presiding Bishop and Primate of the Episcopal Church

Rev. Curry on the searing, powerful, counterculture love that can change the world.