The bay at the end of the trail is glorious: calm, clear water; rocks studded with purple starfish; bald eagles soaring overhead in a blue sky. A curious harbor seal pops its head out of the sea to check out the human at its doorstep. I smell cedar and fir, and think, This is the best moment I’ve had all year.

The next day, I’m in my office, finishing an essay. I’ve wanted to do it for months, but somehow I hadn’t found the time. It takes me thirty minutes instead of the hours I would normally have spent.

Two years of pandemic left me with a fuzzy brain, even though I’ve never had COVID. I was always on my phone, rushing from thing to thing. I had an altered sense of time I couldn't explain. I never seemed to be doing the thing I told myself I was going to do, and the things I told myself were important always seemed to get pushed to the side.

So I went on a small quest to find a way to do what I started to call “big work”—activities that add up to something bigger, whether it’s finding time for your family, gaming out the next five years, or learning photography. I took three books along with me: Indistractable by Nir Eyal, Essentialism by Greg McKeown, and Deep Work by Cal Newport.

These books are usually associated with the hard-charging professional world, but it turns out that time is time, and humans are humans, and everyone is happier when they do more things that matter to them.

“Focus on the Wildly Important”

That’s Newport’s phrase. When I first read it, I thought to myself, “but everything feels important!” Even small things are tied to bigger things that are tied to something that I really want: friendship, family, career, a place in the community. But it turns out that it’s not hard to make the distinction between what’s wildly important and what’s not. Helping my youngest bake a birthday cake for her big sister? Yes. Staying up till midnight to donate something home-made to the school bake sale? Not so much. Don’t think of it as saying “no” to almost everything—think of it as saying an enormous “yes” to the things that matter most. McKeown writes in Essentialism, “If it isn’t a clear yes, then it’s a clear no.”

Another way of thinking about this is to get clear on your values. It’s easy to accept someone else’s assertion of what they think is important—because if they think it’s important, it must be, right? But value sets differ from person to person, and letting other peoples’ values control our actions without asking ourselves whether they’re actually values we share is a “recipe for a life of regret,” says Nir Eyal. One of the best ways to start to feel great about what you do everyday is to make sure that you’re spending your time on things that realize your most strongly held values.

“A big part of the solution is turning your values into time,” says Eyal. “Don’t start with a five-year vision or your plan for when you’re 100 years old. Start with tomorrow. Values are attributes of the person you want to become. Ask yourself: ‘How would the person I want to become spend their time, tomorrow?’”

“Time management is pain management,” says Eyal. When we’re faced with something that’s challenging, boring, risky, or scary, even a little bit, it feels uncomfortable both to thin about and do. What if we’re bored? What if it doesn’t work? It’s easier to do the things you know you can do, that someone else is expecting of you, even if those things are neither challenging nor your idea.

One solution is to identify uncomfortable emotions as they come up, and then interrupt the habit chain that leads to distraction. Make a list of what situations or feelings trigger you and what you usually do about it (say, checking your email or having a snack), then when the feeling comes up again, set a ten-minute timer. Tell yourself that you can check email or have that snack if you still feel like it in ten minutes. Or, you can just observe the feeling itself, acknowledge it, and even explore it if you get curious about it. Usually the urge to divert yourself will dissolve.

Heard of time boxing? There are lots of headlines that tell you to throw away your to-do list and swap it out for time boxing, putting categories of activities into your calendar: exercise, work, parenting, friends, art, or other big projects. Allot time in your week or month according to what you value most. It’s the way to make room for the things you really want that keep getting squeezed out.

Says Eyal, “Most people put everything that’s in their brain on a list. Which is good, but then they don’t do the next step, which is to decide when they are going to do those things. I have a big box of time in my calendar for admin. There are a million little things that take two or three minutes that I have to get done ... but if I just do this to-do list without the critical step of time boxing, I do them as they come up. I do them as an escape from doing other workI don’t feel like doing, and I feel overwhelmed because there are a million things on my to-do list, and I don’t know when I’m going to get them done."

Move to a Quieter Mental Neighborhood

Your brain is a house that used to live in a quiet cul-de-sac, until somebody put an information superhighway through it. Now, with digital notifications flying, it’s like we’re sitting in the middle of ten lanes of high-speed traffic all day, wondering where the birdsong went. Many of us reach for our phones or tablets even before opening our eyes and keep them on even after turning out the lights. After a while you start wondering where all the time—the months, the years—went. Even when you’ve said “no” a lot of times, the world—both digital and real—often seems to have configured itself into one long series of bids for your attention.

This is where common tech advice kicks in. Get an old-fashioned alarm clock and sleep with your devices in another room so that you can start and end the day proactively rather than reactively. Set connectivity downtimes. Turn off notifications during periods when you plan to do focused work. The point is to curate your tech just as you would curate a garden. You get to determine what enters your brain.

If you’re working at home and taking care of a small child or an elder, or you work in an emergency room, responsivity comes with your job. That’s not the same as distraction. “It's fine to block out almost your entire day doing reactive work,” says Eyal. “But everyone needs to make time for reflective work. Even if it’s 15 minutes or 30 minutes, you need sometime in your day to think. To strategize. To plan: ‘Am I working on what I want to work on? Am I living my life as I want to?’ If you don’t make any time for reflective work, you're going to run real fast in the wrong direction.”

That’s it. Go forth. Remember: None of this needs to be perfect. The point is to take it one hour, one day, one week at a time. To notice when you veer away from what you value, and why. And to keep choosing what’s wildly important, over and over again.

Use these tips to reclaim time for self-restoration and recovery.

In Deep Work, author Cal Newport recommends making a “grand gesture” in order to get something big done: putting ordinary life on pause and changing your entire context and mindset, as J.K. Rowling did when she checked into a hotel to escape the dogs, the kids, and the window cleaners, and ended up staying there to finish Harry Potter and the Deathly Hallows. Other grand gestures Newport lists include Bill Gates’ “Think Weeks,” when he left work and family to make thinking and reading a priority.

Not everyone can get away for weeks, but anyone can set aside ten minutes a day. In a particularly busy life season, Guggenheim Fellowship awardee and poet Matthew Zapruder decided to set his alarm for the same time every day, drop whatever he was doing, and write whatever came to him, for ten minutes. The poems that sprang from those ten-minute sessions became a book.

Six years ago, LA-based writer and social media strategist Sherilyn Lee started scribbling snippets of overheard conversation onto index cards, snapping a photo of the cards against different backgrounds, and posting them on Instagram. She also posts tiny collages and works of art. Lee is also a full-time caregiver for her parents, and she calls her account “proof for myself that one day is indeed different from another ... that I have something I can point at, and say I am doing something to keep my creative mind alive despite the intensity of caregiving.” To date, she’s created more than 2,000 “overheards” at @sherilynwrites. 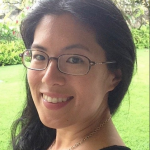 Look to these exceptional titles as guidance to navigate your way through the joys and ...

Sewing can be a meditative practice. It’s all about connecting the threads.

From Chronos to Kairos Time

Having trouble being here now? Maybe you’re trying to tell the wrong kind of time.

The Benefits of Unstructured Time

It’s okay to rest. Learn how the benefits of unstructured time can positively impact your mental ...

"The challenge for each of us is to enter life beyond our argument with an open heart and to ...