Our parents, and generations of ancestors before them, ignite the relationship dynamics in our lives. Break or shift the pattern.

Relationships are key to fulfillment and success. And, without a doubt, the most formative relationships are those we have with family members, especially our fathers and mothers.

How our parents relate to us—whether they’re affectionate and encouraging, distant and difficult, indifferent and demanding—inevitably establishes our own patterns of relating. We end up mirroring one or sometimes both parents, or we go out of our way to not be like them. Regardless, our parents often end up unconsciously igniting the relationship dynamics in our lives.

It’s not just physical DNA that we inherit, giving us wide-set eyes or curly hair, straight teeth or athletic ability (or none of the above!). We also inherit what I call the emotional DNA of a family system—the patterns of thoughts, emotions, choices, and actions of those who came before us.

Unless we become aware of emotional relationship patterns within our unique family system, we can fall prey to unconsciously repeating those patterns over and over again. For example, a woman named Andrea came to me deeply puzzled and upset. A successful business systems analyst, she was on the verge of a second painful divorce from a man she still loved but whom she felt she could not trust to be there for her—a wretched repeat of her first marriage.

“Both my first husband and David are loving, hard-working men,” Andrea told me “But neither one has been there for me emotionally—sometimes not even physically.”

Asked about her relationship with her father, she said, “What relationship? He was never home—he was a hot-shot engineer living for months at a stretch in remote oil fields. Even when he was around, he was so preoccupied he might as well have been back in Kazakhstan. I could never trust him to be there for me.”

[Read: “Your Relationship Patterns Could Be Related to Your Attachment Style.”]

Andrea had done everything she could to get her father’s attention. She was editor of the high school newspaper, captain of the varsity basketball team, and later graduated with honors from Harvard Business School. But nothing did the trick. Now she was repeating her overachieving pattern in her marriage. In addition to her difficult job and the demands of being a mother to a three-year-old daughter, Andrea made sure she was always on top of household chores. She even took classes in haute cuisine to become a better cook. “But no matter what I do, David just seems to be drifting further away into his own career.”

“How is your relationship with your daughter?” I asked.

Andrea blushed and looked down. “I hate to say it, but sometimes I barely see her. David and I are both so busy, I don’t know what we’d do without full-time daycare and videos.”

It didn’t take much coaching for Andrea to see that she was basically trying to prove to David (and thus her father) that she was amazing and worth his attention.

“David already thinks you’re amazing,” I said, “or he wouldn’t have married you. But you’re still trying to prove yourself to your father by being the perfect wife to David and driving him away. You’re not giving him space to show up for you. Do you see what I’m saying?”

The Root of the Cycle?

She absolutely got the pattern. She also got that both she and David were on the verge of repeating her father’s disappearing act with their own daughter. But it wasn’t until we started talking about her grandfather—her father’s father—that the path to real healing showed up. “My grandfather?” she asked, puzzled. “I didn’t really know him. He died when I was little. But I know he was captured by the Japanese during World War II. He was a POW for over a year.”

And then it hit her. “Oh, my God. I remember Dad saying he never really knew his father because some part of him had never left that POW camp. I think Grandpa must have suffered from PTSD—they just didn’t have a word for it back then.”

Andrea was astounded to see the repeating pattern. Her father hadn’t been there for her because he was too busy trying to get his father to see him by being an overachiever just like Andrea. Now she was too busy to be present with her daughter and her husband also didn’t show up. “I wonder what my grandfather experienced growing up?” she mused.

Patterns like this get passed down through the generations until a family member like Andrea comes along who is willing to see and break the pattern. When that happens, the family system can heal and head in a healthier direction. I asked Andrea if she could acknowledge her grandfather, who, like so many military vets, never really came home from war, and if she could understand that her father’s hunger to be seen kept him from seeing her. “Can you thank your father and see that because of his wounding you went out and became an incredibly strong, highly capable woman? Can you thank him for igniting the appetite in you to change the pattern?”

As she did so, I could see her body visibly relax. When I pointed it out, Andrea nodded and said she definitely felt the shift. “Maybe now I can not do so much and give myself and David some breathing room,” she enthused. When I asked her how she would describe the new direction she was choosing—the new pattern she was creating for herself and the family system—she was clear: “For Dad and Grandfather who couldn’t be there for their children, who couldn’t see their children, I will be there for mine. And,” she laughed, “I’ll let my husband show up for me for a change!”

Don’t judge the situation. Simply acknowledge “what is” (there is great power in that). Only when you acknowledge “what is” can you change a limiting pattern into something that is healthy and fulfilling. Thank yourself for being mad, sad, frustrated, or angry—those emotional symptoms that were showing up, telling you that a pattern shift was needed. And in your heart thank the originating ancestor for the gifts you have gained ... and for the opportunity to change.

Discover the practice of devotionals to connect with unexpected ancestors.

This article is inspired by Judy’s new book, Decoding Your Emotional Blueprint: A Powerful Guide to Transformation Through Disentangling Multigenerational Patterns (Sounds True). 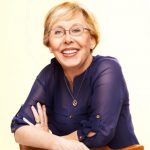 Judy Wilkins-Smith, author of Decoding Your Emotional Blueprint: A Powerful Guide to Transformation Through Disentangling Multigenerational Patterns, is a highly regarded...

Try this guided writing ritual to set intentions and meet your future self.

Giving and receiving care are both challenges, and caregivers can suffer from many ailments. ...

Book Review: Sit Down to Rise Up

The heart grasps at many things, and if we are not careful we reach for more than we can carry.

Use Metta Meditation to Strengthen Your Relationships

The Buddhist practice of metta, or loving-kindness, can be used to strengthen your romantic ...