Hypnosis can help you get to the root of an issue quickly. It’s increasingly being used as a supplement to psychoanalysis.

For centuries, people have turned to the ancient practice of hypnosis to relieve and remedy symptoms. Mystics, shamans, and sages have all used trance-inducing rituals for curing and transcendence.

Hypnotherapy utilizes hypnosis for therapeutic benefits—as a form of communicating with the subconscious for healing and gaining insight. Because hypnosis is a tool that helps people get to the root of their issues quickly, it’s increasingly being used as a supplement to therapy and psychoanalysis.

Putting Your Subconscious in the Driver’s Seat

Peter Blum of Woodstock, New York, has been a hypnotist for 35 years. He also does hypnosis training through the National Guild of Hypnotists and describes the modality as helping people clarify what they want. If the subconscious mind drives your life, it has to be on board to make anything happen, and it needs clear directions. Hypnosis, says Blum, is, “like putting the coordinates into a GPS.”

In this state, you’re more susceptible to suggestions and receptive to making changes—you become more capable of stepping outside your usual status quo.

But unlike the deep state of meditation, with hypnosis there’s an end goal in mind—whether it’s releasing stuck emotions, overcoming self-doubt, or managing anxiety and stress.

It’s important to note that you can only be in a hypnotic state if you’re open to it and a willing participant. Essentially, all hypnosis is self-hypnosis.

“I can’t make a person do anything,” explains Blum. “I’m helping someone access more of their potential, drawing out what’s already inside the person and how to channel that energy.” Before you can change anything, he notes, “you have to envision a different reality … Conceive, believe, achieve.”

Blum uses the method of hypnosis originated by Milton Erickson, a psychiatrist who specialized in medical hypnosis. This technique is more conversational in style; instead of administering commands such as “You’re feeling drowsy … your eyes are closing,” Blum asks questions and makes suggestions.

This encourages the process of self-discovery. “What’s preventing you from getting what you want?” Blum might ask. Or, “If you give up this habit, what does that look like? Can you see yourself in a new situation?”

Susan Spiegel Solovay is another long-practicing hypnotist who also employs the Ericksonian approach. She regularly receives referrals from counselors and mental health practitioners and works with people both online and in her Hudson, New York-based office to address various issues, including emotional eating, heartbreak, fears and phobias, and poor sleep.

“Habits are deeply embedded in the subconscious,” she says, “they aren’t from the logical, analytical mind.” With hypnosis, you’re accessing memories and beliefs in those deep places, getting to the source of something in a compressed time frame—which produces rapid therapeutic results.

“The life someone leads is based on the stories, pictures, and words in the mind,” Solovay says. The key, she emphasizes, is changing the pictures and stories in the mind to serve your highest self. “We believe the stories we tell ourselves,” she notes. “So, we want to tell stories and create images that lead to personal growth.”

“What’s the story you’re telling yourself?” she asks her clients about their particular issues.

Rewriting Your Story in Real Time

Solovay helps people develop a new story instead of repeating the old one. This repatterns the brain’s neural pathways so the person isn’t replaying the same loop over and over, continuing the same cycle.

Linda Clayton of Great Barrington, Massachusetts, for instance, visited Solovay to help her feel calm and at ease before a surgical heart procedure.

During the session, Solovay sat next to Clayton saying affirmations like, “See yourself in divine light … light moves through your body, to your heart. See every cell bathed in light … The body heals itself, the body heals easily and well.”

Clayton recalls Solovay counted to 10 to bring her back to a regular state of waking.

“It felt like a good nap. Very relaxing … like floating,” Clayton recalls. “She was speaking directly to my subconscious—moving the consciousness out of the way.”

“It’s surprisingly easy to slip into that state,” Clayton continues. “The subconscious is right under the surface—so close.”

Solovay gave the recorded session to Clayton to re-listen to as she was preparing for the medical procedure. She says that by making new pictures and changing the inner story, you’re replacing negative thoughts with beneficial thoughts, transforming situations into more empowering experiences.

Curious to try hypnotherapy? Consider how it’s used for anxiety and what to look for in choosing a hypnotherapist. 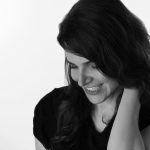 Depending on your comfort level, you can try these cuddling techniques with a partner, friend, ...

How to Recognize Warning Signs of Suicide: Red Flags for Friends and Family

As suicide rates rise, it’s important to recognize the warning signs. You may be able to help a ...

How to Use Supplements for Brain Health

A pharmacist offers her advice on how to skillfully utilize supplements to support brain health.

Brainspotting and Other Therapeutic Approaches

Are “Mental Dragons” Breathing Fire on Your Emotional Brain?

“When I teach my patients how to identify their inner dragons, they start to recognize what’s ...

How to Use EMDR Therapy

EMDR takes traumatic memories and removes the anxiety connected with them. It can create healing ...