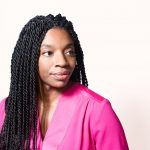 Tara-Nicholle Kirke, MA (Psych.), Esq., is a globally recognized transformation expert, author, and spiritual strategist. Tara is the founder and CEO of SoulTour—a school of...

Spreading compassion and kindness starts with the self.

A professional sleep coach describes how to let your body know that it’s time for rest.

Start observing your anger to truly understand where it should be directed.

Quests are fundamental to the human experience. Read to discover why four days in the woods can ...

What if we define sin as “anxious self-centeredness”? When we empty ourselves of lower energies, ...

Buckle your seat belt, sit back, and enjoy the ride with affirmations for travel anxiety.

Collaborate on a Painting