Practicing death awareness need not be morbid. It can help you live your values more fully and cherish your life.

Would you be concerned if a loved one gave you a file titled “Upon My Death”? Many would be, but not my spouse. When I shared my collection of poems, prayers, and my own ramblings about death, she knew this was simply a part of my death awareness work—towards accepting my own mortality and making peace with the fate we all share.

I was forced to wrestle with death awareness from the beginning of my training as a hospital chaplain. As a chaplain intern, you’re promptly handed a pager that almost only ever beeps if someone is near death. Like a small smoke detector on your hip, the beeper forces you to stop whatever you’re doing and spring into action. There may be a cardiac arrest or someone headed to the emergency room for very serious trauma. Ready or not, you become very familiar with death.

As a hospice chaplain, I felt a bit like Charon, the ferryman in Greek mythology who ferried deceased souls to the afterlife. I struggled alongside people as they tried to get to their final resting place. I wept with families, unprepared and afraid, but I also saw people who approached death gracefully, sinking into it like a long-awaited warm bath after a strenuous but satisfying pilgrimage. I learned that there is such a thing as a beautiful death and that there is much to gain from being aware of one’s mortality long before you’re left without a choice.

The Benefits of Death Awareness

Where much of Western society has a strong aversion to death and dying, most every spiritual tradition wrestles openly with death. One might wonder if encouraging the faithful to reflect seriously on their death is a path to nihilism—a reminder that everyone and everything ends, which leads to the conclusion that nothing matters.

It’s true that death awareness can lead to hedonic indulgence or melancholic meaninglessness, but that’s not its aim. The goal is to sit with these feelings as they arise, to notice and acknowledge them without judgment, and to let them settle into a calm acceptance. The hope is that death awareness can help us live with less fear of our own death or the death of loved ones and inspire us to live our values more fully, to cherish our now-alive body.

One also need not watch someone take their last breath to fully embody this rich spiritual tradition. The range of spiritual practices associated with death awareness is broad, from the extreme to the subtle.

Some branches of Buddhism place special emphasis on death awareness, or maranasati. These practices span from simple meditations to more vivid confrontations with death. On the latter end of the spectrum are charnel grounds, above-ground sites where bodies are left to decompose in open air. Some practitioners will walk through these grounds, paying close attention to the bodies and the feelings they inspire. According to Buddhist meditation teacher Nikki Mirghafori, during this death awareness practice it’s common to repeat a contemplation, such as: “My body, this alive body, is just like this body that is decaying. It’s in different stages of being a body, of decomposing.”

This practice may not be possible or even desirable for you. Instead, try taking a silent walk through a local cemetery or consider these contemplations when you see a dead animal on the side of the road.

[Read: “How I Became an Animal Chaplain.”]

On the other end of the spectrum are the simple, regular meditations on death. These are sometimes called the Five Remembrances, from the foundational Buddhist text Upajjhatthana Sutta (“Subjects for Contemplation”). Various translations of the Five Remembrances exist—here are Thich Nhat Hanh’s from The Plum Village Chanting Book:

Many Buddhists recite these while meditating with a human skull or even a full skeleton.

The ancient tradition of death awareness called memento mori (Latin for “remember your death”) utilizes small objects to reflect on mortality. These might include a small skull, dried flower, coffin, a fossil, or a small hourglass to represent the passage of time. I have a small Dia de los Muertos candy skull that serves this purpose and sits next to my computer on my desk. If you have an altar at home that you use for prayer and meditation, consider adding a withered flower or an obituary of someone you admired to this sacred place as a reminder of the impermanence of life.

Most traditions have prayers or readings for funerals or for annual remembrances of the deceased, but most of us hear them only a few times in life. I encourage you to consider using them in your daily practice on occasion. Read these end-of-life prayers, songs, and scriptures, noting what they stir within you. Pay attention to the values and theology your tradition communicates through these sacred words. Perhaps it will remind you of funerals you’ve attended, the loved ones you’ve lost, and maybe it will transport you to the day that others will share these on your behalf.

Plan Your Funeral & Those of Others

A note on my smartphone includes some details for my funeral. I included poems I’d like read or displayed, songs to play, and some thoughts regarding the tone of the service. This process can be an ongoing one, a running note on your phone or computer that you edit and add to. It can also be a guided imagery exercise, picturing the day, imagining who might be there, and playing it out in your mind step by step.

[Read: “Create Your Own Rituals: Ideas for Weddings, Funerals, and More.”]

This can also be a very practical exercise. Does your family know what you want? Do you want your body to be cremated, buried, donated to science, or one of the many other options? When a loved one dies, many people just want to grieve and are overwhelmed with all the decisions, planning, and costs that go into a funeral. One of the best gifts we can give our loved ones is having our end-of-life arrangements in good order. Most funeral homes will gladly help you with this pre-planning process, but there are also great free resources from programs like Five Wishes and the Conversation Project.

Reflecting on the funerals of loved ones can prove much more difficult. Remembering that your spouse, your children, your friends, and your parents are all just as vulnerable is painful. Nonetheless, when we do this work with intention, willing to really face all the feelings that come with it, it leads us to a place of deeper acceptance, humility, and appreciation for the fragility and value of life.

The Privilege of Living

We must also recognize that it is a privilege to go through life without being constantly confronted by the realities of death and the fragility of life. Perhaps you’ve experienced so much loss in life that you need no reminders. Nonetheless, there’s a difference between facing the immediate grief from the loss of a loved one and facing the great uncertainty that enshrouds our own death.

The world’s spiritual traditions of death awareness present many tools that can help us cope with and better understand our anxiety about death.

For further contemplation, read “Ending It Well: Missives From Inside the Death Wellness Movement.” 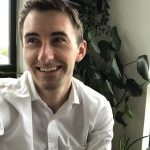 Embracing the Holy Spirit for Non-Christians

“By adding the word holy in front of keywords, such as in the terms Holy God, Holy Bible, Holy ...

Water is more than a resource. Water is a life-bringing entity, via aqua. Embrace old and new ...

Tune Into Your Major Chakra to Design Your Optimal Sacred Space

Create a sacred space in your home. First find your major chakra, then discover the aesthetic ...

May the Force Be With You!

An excerpt from Ending the Search: From Spiritual Ambition to the Heart of Awareness

Each unanswered call could be one more person on the edge who desperately needs his help.