Spring forward, fall back—we all know the phrase. And though Daylight Saving Time (DST, or Daylight Savings) has been around for the good part of the last century, some people despise the semiannual clock-changing tradition.

Whether you love it or hate it, let’s take a closer look at the link between Daylight Savings and our health. How does it affect our physical, spiritual, and mental wellbeing? And would making it permanent be good, bad, or somewhere in between?

As the name suggests, Daylight Saving Time was originally adopted to do just that—save on energy costs by reducing the amount spent on artificial lighting in the dark. This was particularly crucial during wartime and oil shortages, but the semiannual time change has been standard since the 1960s.

No doubt everyone has an opinion on the Senate’s recently passed Sunshine Protection Act, which proposes a permanent switch to year-round DST. If finalized, it means that starting in 2023, we would switch our clocks forward in spring and leave them there.

Those who advocate for permanent Daylight Savings argue it would give people more time to spend outdoors in winter (ironically, spending rather than saving). It also has the potential to reduce Seasonal Affective Disorder and depression rooted in the dark days of winter. Sunlight is intimately linked to our wakefulness and sleep cycles, so spending more time in sunlight has the potential for improving physical and emotional wellbeing.

However, are early sunsets such a bad thing? After all, the current time switch is seasonal and coincides with the natural cycle of the planet and seasons; depending on which hemisphere you’re in, the days already lengthen and shorten with the solstice, when the sun's visible path is farthest from the equator.

Just as bears are programmed to hibernate and rest in winter, perhaps humans are also meant to adopt a more restful, introspective mindset at this time. The deep darkness of the winter solstice is often celebrated as a time for grieving, keeping each other warm, and for setting intentions. The current DST setup and “shorter days” certainly promote these practices.

For all those who argue that kids will have more time to play outside with permanent DST, there are just as many adults worried about sending their kids to the school bus in the morning in pitch darkness. And around the winter solstice, in some parts of the country the sun wouldn’t rise until after 9 a.m. This means most of us will always need to wake up in the dark.

It also means we can’t take natural cues from the sunlight of daybreak.

This leads to perhaps the most interesting point of all, which is that in the modern era, we have such a fixation with time and setting schedules in stone—a stone that we have carved arbitrarily rather than by listening to the body’s natural schedule. As mentioned, the body derives its natural sleep and wakefulness cycles from sunlight. Exposure to natural sunlight triggers certain hormones needed to either get the gears moving or lower blood pressure and begin to rest.

Setting a clock is such a modern concept, as is creating one’s routine and habits according to the clock. Waking up, eating, exercising, working, going to sleep—these are all important activities. But assigning these activities according to the hands on a clock rather than the body’s natural urges illustrates is certainly a departure from trusting the body’s abilities to regulate health.

[Read: “Restore Your Natural Rhythms at These Idyllic Getaways.”]

Of course, for that society to function successfully, people must be able to coordinate amongst themselves. Time helps us do that. School starts around 8 a.m.—not whenever the teacher and students show up. The train into the city might leave at 6:35 a.m.—not at daybreak. However, the idea of listening more closely to our bodies is an important one.

What Time Is It?

Though we may not be able to hand over full control for every aspect of life, taking the steps to listen more closely to one’s natural urges—like hunger, tiredness, the motivation to move—can be transformative for our health on all fronts. Regardless of whether Daylight Savings becomes permanent or not, it’s time—physically, emotionally, and spiritually—to pay closer attention to the body’s cues. 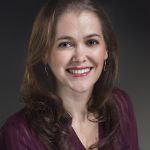 Dr. Candice Seti is a therapist, author, speaker, and coach who is committed to helping others achieve health and wellness while gaining self-confidence, stopping self-sabotage, and...

Learn how Monica Hards’ out-of-body and near-death experiences affected her and what you can ...

For one, it’s possible to be slow and fast at the same time.

Re/Treat Yourself: Peace and Quiet

An electronics-free retreat center tucked into an old-growth forest in Wisconsin? We went there.

Can't remember the last time you had a good night's sleep? It's time to take a more strategic ...

And what to do about it if you can’t.