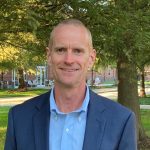 Maybe you’ve come across one of those bumper stickers that reads Let That #$!% Go, or you’ve ...

Freeing Yourself of Anxiety Feet First

“How can you help yourself feel a sense of calm, reassurance, and peace? The answer is at your ...

Misconceptions about meditation can get in the way of practice. “When you’re kissing somebody ...

Can't remember the last time you had a good night's sleep? It's time to take a more strategic ...

Master herbalist shares three recipes for improved sleep, as well as advice on how to start on ...

Living for the Future with Joanna Macy