The Soul of Therapy explores the difficulties people bring to therapy, with a focus on how...
More

Exploring how an irritable mind affects an irritable bowel does not imply IBS symptoms are not real. It means that in IBS, and many other conditions, the mind-body connection can create real symptoms—and can be used to bring real healing.

Q. I’m seeing a therapist to work on some marriage issues. I recently told her that I struggle with irritable bowel syndrome (IBS). She said IBS is highly correlated with early life trauma and present-day stress.

Her statement upset me so much I’m thinking of finding a new therapist. IBS is real, not just in my head! (I don’t see my life as particularly stressful. I’ve been to lots of gastroenterologists about my IBS.)

Up to that point I thought I had a good connection with her. Should I just overlook her comment or find someone new who won’t offer opinions beyond the bounds of her competence?

A. I hope you don’t overlook her comment. And I don’t think your therapist was implying your IBS is all in your head. Though IBS is affected by many factors, it is impacted by your nervous system and your stress response system, which are definitely connected to your brain. She was trying to tell you that what happens in your brain affects what happens in the rest of your body.

Her counsel was in line with a recent review of stress and irritable bowel syndrome in the World Journal of Gastroenterology (2014), which included this line: “More and more clinical and experimental evidence showed that IBS is a combination of irritable bowel and irritable brain.” The article discusses how stress is an important factor in the development of IBS and in exacerbating its symptoms.

Mind-body connections are happening in each one of us all day long, but we are often unaware of it. Our blood pressure changes constantly, in part in relation to our emotions. Heart rhythm can be affected by positive or negative emotions (stress is a known contributor to episodes of A-fib). We are more used to recognizing the mind-body connection when we blush when embarrassed, have a tension headache or butterflies in our stomach, or notice our heart pounding when we’re being pulled over by a police officer.

I could write an entire book on the creative and unusual ways patients have reported stress finding expression in their bodies. I get many referrals from physicians who work up symptoms, find nothing, and then suggest the patient get a psychologist’s assistance. I’ve had cardiologists refer patients for chest pain that resolves after I spend a few sessions talking with people about their heartaches.

Think of the spinal cord as a bridge between the brain and the rest of the body. It is possible that nerves are much more than just the body’s equivalent of wiring. They may extend the consciousness of the brain throughout the body. In addition, the gut is considered the “second brain” because it has its own extensive nervous system that responds directly to stress without needing the brain’s input (though it also communicates with the brain).

The reason IBS can be so frustrating is that it is a reactive pattern that’s often been in place so long that the body has forgotten what started it. It often behaves like a conditioned response, a bowel system on autopilot. Stanford neurosurgeon James Doty, MD has said, “The brain is a lazy organ; it likes to do what it is most familiar with.” The same is true of the second brain. Once a loop gets set up in the nervous system, it is very prone to just keep firing. We all know the experience of having the same thoughts over and over.

“What fires together, wires together” is a way of expressing the reality that when certain patterns in the nervous system have been used thousands of times, the loop begins to behave less like a temporary connection and more like a hardwired system. Part of the University of Michigan’s world-renowned pain center’s mission is to educate physicians that much of the chronic pain they attempt to treat has an element of this hardwired looping of neural circuits. They call it brain pain, and traditional pain medicines are not effective with this kind of pain.

Like many problems, IBS may have multiple causes, with past trauma and current stress being just two contributors.

When people say “My doctor told me it’s in my head,” they’re thinking the doctor means their problem isn’t real. Your IBS symptoms are 100 percent real. Thoughts and emotions turn into real chemical changes in the body. They activate the body’s stress response system, which creates real changes in the digestive and bowel system.

The reason mindfulness is one of the hottest topics in mental health is that it is a method for reprogramming the nervous system. But mindfulness is not best tried as a technique, like a new drug, to see if it makes IBS go away. Rather, when we live closer to peace—that is, when our lazy, irritable first brain and second brain are made very familiar with the new energies of mindful acceptance and non-judgment—there’s a chance the body will say “thank you” and calm down too.

This is not wishful thinking. A study published in The American Journal of Gastroenterology (2011) found that eight weeks of mindfulness training led to significant improvement in IBS symptoms, and that “mindfulness training may have long-lasting beneficial effects.” [Rober Kraichely, a gastroenterologist on Mayo Clinic’s website, wrote, “Using stress reduction techniques and participating in activities that relieve stress, such as yoga and meditation, may decrease stress-related flare-ups.”]

We all live with these bodies that are so much more complex than any human being on earth can fully understand. In addition to getting the best care you can find from physicians, I encourage you to assume that your therapist, like one of the blind people trying to describe an elephant in the ancient Hindu story, has pointed you to at least part of the healing path for your IBS.

In sum, I don’t know if you should stay with your therapist, but I wouldn’t dump her for her comment on IBS. In fact, in might be interesting to see if she has ideas for how to deepen your awareness of and practice of mindfulness.

For your reflection or journal time:

Try dialoguing with any physical symptoms you have that traditional medicine has not been able to fully explain. Just be like a playwright, something like this:

Kevin (to symptom): “Why are you here and how can I get you to lighten up a bit?”

Symptom: “You’re working too much and I’m trying to get your attention about that …”

This is just an example. Try it. It can’t hurt to listen to your body and tell it that you want to understand any messages it might be sending through your symptoms

"I'm Committed But I Didn't Sign Up for Celibacy"

"I Feel Bad About Not Sticking With My Resolutions"

About The Soul of Therapy

The Soul of Therapy explores the difficulties people bring to therapy, with a focus on how spiritual growth can be an important part of healing and living a compassionate, radiant life. 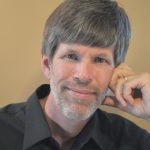 Kevin Anderson, Ph.D. is a psychologist, poet, and writer who lives in the Toledo, Ohio area. His two most recent books are Now is Where God Lives: A Year of Nested Meditations to Delight the Mind and Awaken the Soul and The Inconceivable Surprise of Living (225 brief essays inspired by life-changing quotations). He can be contacted at [email protected] or through his website: thewingedlife.com