The Immigrants Who Make America Great 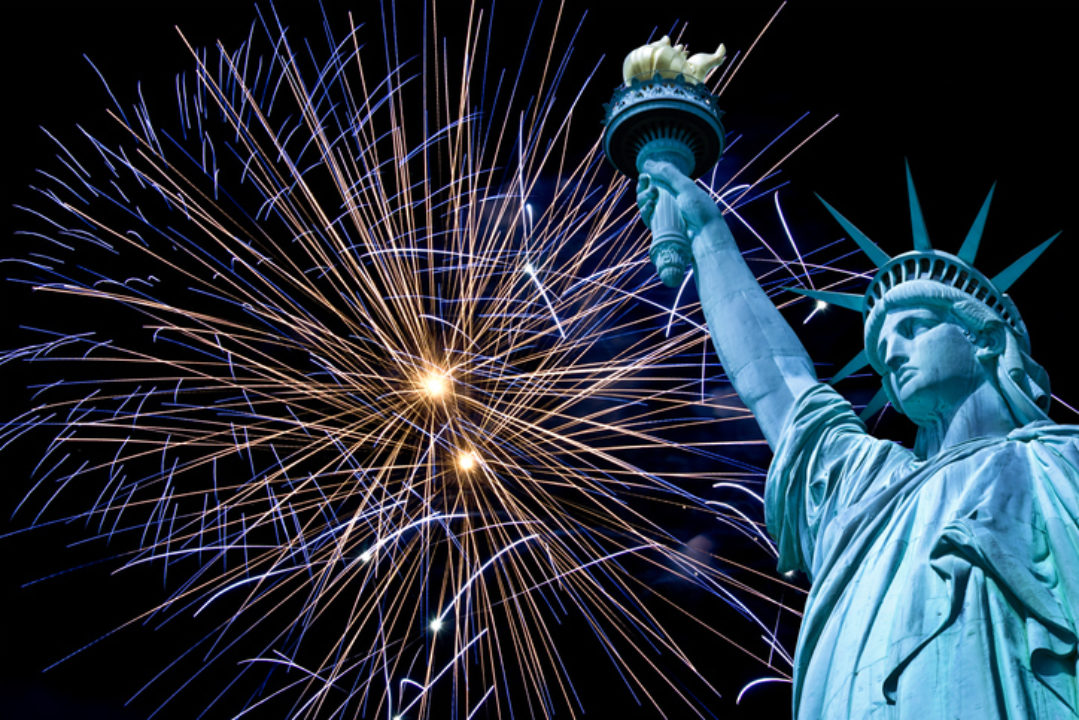 The Fourth of July, the horrific news reports from our southern border, and developments in the Middle East combined to make me reflect on immigration in a personal way.

I live in Los Angeles, where a high percentage of residents are of Mexican and Central American ancestry. Because many go back several generations, the city's professional ranks are filled with recognizably Hispanic names. The more recent arrivals tend to be laborers, gardeners, restaurant workers, nannies, housecleaners, and the like. I cross paths with them regularly, and over the years have had conversations with many. In my experience, admittedly limited, they are unfailingly friendly, warm, conscientious, skilled, and honest.

Sometimes struggling with English, they talk about their Americanized kids, bursting with pride when one does well at sports or is accepted to college. They talk about saving their hard-earned wages to one day go back to school or start a business. And sometimes they admit they're afraid.

They've been living with heightened anxiety for the past two and a half years. Even those who are citizens have been afraid of what might happen, if not to themselves then to friends and relatives who are not yet naturalized and especially to the undocumented. I haven’t spoken to any of them about the current atrocities at the border, but I imagine that their hearts are breaking even if they’re not directly connected to asylum seekers. And now they worry about what to do if a government official knocks at their door.

I've also had an unusual degree of exposure to two other immigrant groups. One is the Iranian population that started coming at the time of the 1979 revolution that brought the ayatollahs to power. Thanks to intermarriage, that powerful engine of assimilation, I have an Iran-born brother-in-law and a niece and nephew who are half-Persian (most Iranians I've met favor the word Persian). I've been to Persian-American homes, eaten Persian delicacies, listened to Persian music, and celebrated Thanksgiving with four generations of Americans with Iranian roots and their blended families. As a group, they could not be more American. Only their names and, for those who still have one, their accents in English would make someone wonder about their origins.

Now American foreign policy leaders seem to be itching for war with Iran. If armed conflict erupts, most of these fine people will be in the strange position of rooting against the oppressive Iranian regime while at the same time feeling frightened and angry that their adopted country has put their friends and relatives back in Iran in danger. I ponder with dread what might happen if American goons start treating people with Iranian blood the way their predecessors treated Japanese and German Americans during World War II, or for that matter anyone who might be Muslim after 9/11.

As the author of American Veda and a biography of Paramahansa Yogananda, I’ve also come to know a great many people of Indian descent. Indian Americans are lauded as the most successful of recent immigrant groups, as evidenced by their prominence in the tech industry and prestigious professions. To my mind, their presence—thanks to the 1965 immigration law that ended the citizenship ban for Asians—has enriched the American landscape with new flavors of cuisine, culture, holidays, and especially religion. Previous immigrant waves added synagogues, mosques, and Catholic churches to an almost exclusively Protestant country. Now we have Hindu temples. Along with the ashrams, meditation centers, and yoga studios that mushroomed over the course of a century and more, the temples expand American spirituality beyond the borders of the Abrahamic faiths. They help make us more inclusive, more spiritually aware, and more accepting.

Despite their impeccable credentials as real Americans, however, many Hindus are on edge in these times. They are brown, after all, and they have strange names and strange deities, all of which makes them potential targets of white supremacists, Christian nationalists, and even Muslim haters who could mistake a kid studying for a spelling bee for a jihadist prepping for terror. There have been enough incidents already to warrant concern.

The people I’ve just described are recapitulating the American immigrant experience, working hard to carve out a good life for themselves and their loved ones, trying to hold on to some of their heritage while learning to let go as their kids become like every other American. Growing up in Brooklyn, I saw the same process play out among Irish and Italian Catholics and East European Jews. The early waves of those immigrants were resented too; they endured bigotry, hatred, and discrimination; they were considered incapable of assimilation. They carried on nonetheless, and their descendants now run corporations and sit on the Supreme Court.

I don't mean to overromanticize the immigrant story. Those Jewish and Catholic communities also harbored mobsters and crooks, and there are no doubt bad apples in the current barrels. But, while it might sound like a cliché, it bears repeating that if America has any claim to greatness it’s largely because of immigration. That is a legacy to cherish, preserve, and protect with utmost vigilance from the forces of xenophobia, bigotry, and fear mongering. So it has been throughout our history, and so it is once again.