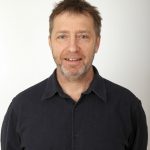 Living in the Now Through Ritual

Let go of nostalgia and start living for today through ritual. "It is essential to our sense of ...

Lessons From an Underwater Monastery

“Each morning I threw on a wetsuit and plunged into a life-filled, underwater monastery.”

How to Meet Your Spirit Guide

Are you feeling alone, facing difficult times, and in need of guidance? Discover how to contact ...

5 Tips for Teaching Mindfulness to Kids

Teaching mindfulness to kids has been said to improve their wellbeing, boost performance in the ...

Fire is the part in all of us that willingly moves towards change. How fierce is your fire?

Benefits of Catnip … For Humans Too!

Repel mosquitos, chill out, and get a good night’s sleep with catnip.