Isn’t it time to break out of your bondage? Tapping therapy allows you to quite literally tap into your critical issues and resolve them through a series of body tapping gestures.

This year has been tough. A lot of us are feeling trapped, stressed, and depressed. Some of us have been traumatized.

According to the American Psychological Association, 70 percent of adults in the U.S. are experiencing pandemic-related anxiety. 80 percent of all doctor’s office visits are for stress-related complaints.

Unprocessed negative emotions linger in our bodies and cause both emotional and physical pain. So how can you reclaim your emotional freedom as you look forward to 2021?

I stumbled into the answer over a decade ago while walking on the beach in Tulum, Mexico. A man was sitting in the sand tapping his head and other parts of his body. Like a mad scientist, he was also talking to himself and would intermittently stop to take notes. I was incredibly intrigued.

It turned out he was an American doctor and what looked like madness turned out to be the Emotional Freedom Technique (EFT), also known as Tapping or Tapping therapy, a powerful self-help modality that can release negative emotions stored within your body.

The doctor raved about how Tapping was transformational for his patients. I was fascinated and decided to study it for myself. Today, Tapping is an important tool in my holistic coaching system. I see amazing results in my clients.

What Is Tapping Therapy?

Tapping combines the principles of ancient Chinese acupuncture and energy psychology to release trapped negative emotions, whether you are conscious of them or not.

Like acupuncture, Tapping involves placing pressure near several of your body’s energy meridians. Instead of needles, you use your fingers to stimulate these points. There are nine Tapping points.

My client Bob did not want to address his health. He felt it was “good enough.” So we ignored this critical aspect of his holistic wellness and moved through the other areas of my coaching system. Six months after our sessions ended, Bob returned with significant gastrointestinal symptoms. He had visited many doctors, but none could find a physical explanation for his discomfort. Exasperated, he decided to explore the issues with me.

I asked Bob how things had been going since our last session.

“Everything’s good, except for my health issues.”

I found it unlikely that “everything was good” when Bob’s body was screaming for his attention by making him so uncomfortable that he often needed to cancel plans.

He replied, “Fine … you know, the same rage from the boss and hate from my wife though.”

We began by Tapping focused on the critical issue of Bob’s gastrointestinal pain. We were able to reduce it somewhat, but not completely. I knew that I could only get to the root of Bob’s physical issue by letting some emotions loose.

During our sessions, Bob shared that as a child he had felt completely disregarded by his older brother. This dynamic continued to this day. Interestingly, Bob’s boss was also routinely dismissive of him. And since Bob’s wife’s career had taken off, she pretty much ignored him.

A theme of being disregarded and overlooked ran through Bob’s life, and he never asked for better treatment. That is until his physical discomfort demanded his attention.

You should always thank your symptoms.

To help to alleviate Bob’s physical issue, we tapped on his overall feeling of rejection. We then went on to separately tap on how it felt to be rejected by his brother his entire life and how inconsequential both his boss and wife made him feel.

After only a couple of sessions, Bob’s symptoms improved. He decided to confront his brother, boss, and wife. Each of these discussions changed the dynamic between them, leaving Bob feeling more empowered and confident about managing these relationships and ready to move forward in his life.

I’m a fan for many reasons. Tapping is:

While the science behind how Tapping affects your physical and mental health is still fuzzy, research suggests several theories. Despite the lack of clarity on the exact mechanisms at play, doctors, psychiatrists, and other clinicians around the world are embracing Tapping and incorporating it into their practices. They may not fully understand why, but they can see that it works.

Isn’t it time to break out of your bondage? 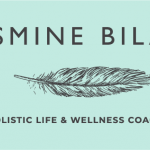 Based in Manhattan, Jasmine Bilali is a Holistic Life & Wellness Coach, yogi, and writer. Her approach is based on applied positive psychology, holistic lifestyle, mindfulness, and...