Does a nonspecific spirituality (aka spiritual but not religious) suffice to address existential qualms at death's door?

Late one night, the nurses paged me. My patient Edith Blatchley was being “noncooperative”—a medical euphemism for feisty, spirited, difficult. Ms. Blatchley was 86.

A former factory worker and the oldest child in a working-class family, she had never married because she didn’t want to give up her job. She was fiercely independent and had lived on her own until she fractured her hip. Breaking a hip and losing her freedom frightened her, but what was really petrifying was the prospect of death: mortality after a hip fracture is high, and she had suffered every possible complication.

I found her with her hospital bedsheet clutched in her spidery fingers, pulled taut to her chin. Beneath the sheet, I could see the outline of her rigid wasted body. Her eyes were clenched shut, as if squeezing could banish the specter of death.

“Ms. Blatchley,” I whispered, my hand on her shoulder. “It’s Dr. Dugdale. Are you okay?”

Her eyes popped open, angry and frightened. “I’m dying,” she seethed. “What happens when I die? I don’t know what I believe.”

I tried to ask questions, to get a sense of what prompted her outrage, but the various infections that plagued her body vied for her attention. Our conversation made little headway. She died before the week was over—another loss to the living.

Finding “Religion” as You Confront Death

I live at the intersection of three institutions: university, medical center, and church. Many of my work colleagues bristle at the thought of religion—at least in its traditional forms. Yoga and mindfulness are fine, they might say, but dogma and theology? Not so much.

One day, I surprised myself with my response to a fellow professor’s off-the-cuff comment about “all that religion nonsense.” I found myself saying, “Yes, but my job is to take care of sick and dying people. Almost everyone becomes religious when they’re dying.” Perhaps this is an overstatement—at least in a New England university town. But the fact remains: Many people do become interested in larger existential questions as they confront death.

One of the problems I often wrestle with as a doctor who interacts with patients in secular healthcare settings is whether a nonspecific spirituality suffices to address the existential qualms of patients like Ms. Blatchley. Isn’t a fuzzy answer to life’s ultimate mysteries akin to wrapping gauze around a gangrenous leg? Others think that a nonspecific spirituality, if anything, should be able to satisfy general existential concerns.

Does “SBNR” Suffice When Facing Death?

Take the Canadian social worker and civil rights and environmental activist John Shields. His was a life of service, but as an ex-Catholic, he was also dedicated (in the words of his biographer) to “freedom—intellectual, spiritual, personal.

He was always growing and exploring.” In his last few months of life, he experimented with psychedelic drugs and took an online course on transcending transpersonal realms.

When he was dying of an incurable disease called amyloidosis, The New York Times reported that he chose to celebrate an Irish wake with friends and family prior to being euthanized.

After the lethal injection, his body was laid in his garden for two days because his wife believed his spirit would stay with the body for a period before journeying on. Celebrated as a man who takes life and death on his own terms, he didn’t “get religion” in the conventional sense of the term. Does that matter?

Many people—perhaps most—think not. Being spiritual but not religious (SBNR), they assert, should satisfy any spiritual hankerings. Religious studies professor Robert Fuller argues in his book Spiritual but Not Religious that conventional churchgoing is no longer an option for millions of Americans; therefore “unchurched” spiritual traditions provide the beliefs and practices that make it possible “to reject a purely materialistic view of life.” Compared with their religious counterparts, Fuller says, unchurched spiritual seekers take greater interest in mysticism and the unorthodox. They tend to focus on inner sources of spirituality, and they are more willing to experiment with their beliefs and change them as needed.

The Art of Dying: SBNR vs. Secular Nonreligious

Fuller is quick to note that SBNR individuals differ from the secular nonreligious on two main points—a distinction originally articulated by the psychologist William James. First, the SBNR remain convinced that the world is embedded in a spiritual universe. And second, they hold that the purpose of life is to find harmony with this spiritual realm. The secular nonreligious, by contrast, conceive of a strictly material universe devoid of a spiritual realm.

Many religious people, however, remain skeptical of the SBNR position. They maintain that only a carefully articulated religion—“ a particular system of faith and worship” as the Oxford English Dictionary defines it—can fully aspire to satisfy a person’s deepest existential struggles.

One such critic is Lillian Daniel, author of the book When “Spiritual but Not Religious” Is Not Enough. Daniel describes the SBNR worldview as a product of secular American consumer culture, far removed from community. Daniel’s approach is tongue-in-cheek and likely off-putting to those who derive meaning from being SBNR. But the essence of her concern is that people who favor SBNR can believe what they want and practice when they want without having to commit to established creeds or traditions. They prefer, in essence, a choose-your-own-god adventure.

Since SBNR is not enough for Daniel, she proposes an antidote: commitment to a religious community. Hardly surprising coming from a church minister. However, she goes on to admit that there are many embarrassing reasons she would rather not be associated with the Christian church. Some of its members, as with society at large, are frankly ignorant and cruel. Religious communities might be more attractive if their members could toss out the rotten apples.

Yet she argues that a religious community is not simply a sanctimonious country club—a collection of like-minded people handpicked by an inner circle. It is more like a family whose members are, as Daniel says, “stuck with one another.” The curious fact about family is that its members are forced to interact in too close a proximity to mask their idiosyncrasies and shortcomings. “When you are stuck with one another,” Daniel says, “the last thing you would do is invent a God based on humanity. . . . In community, humanity is just way too close to look good.”

It seems odd that in the 21st century people would voluntarily commit to a group they cannot choose for the sake of some other good. It seems odd that people like Daniel would prescribe such a commitment as an antidote to an individual’s personally crafted spirituality. But the fact of the matter is that people have been choosing to belong to religious communities for most of human existence.

Why do people do this? Why do they insist on committing to communities of otherwise disparate persons united primarily by a particular system of faith and worship? Daniel's answer, which is likely the answer for most religious people, is that there are aspects of their particular systems of faith and worship that completely transform them as individuals and as communities. And for many, that transformation links directly to questions of meaning and purpose in life and death—and after death.

Excerpted from The Lost Art of Dying by L.S. Dugdale MD, and reprinted with permission from HarperOne, an imprint of HarperCollins Publishers. Copyright 2020.

Read more from Lydia Dugdale on the lost art of dying. 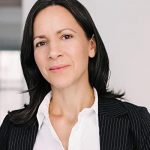