The S’more You Know 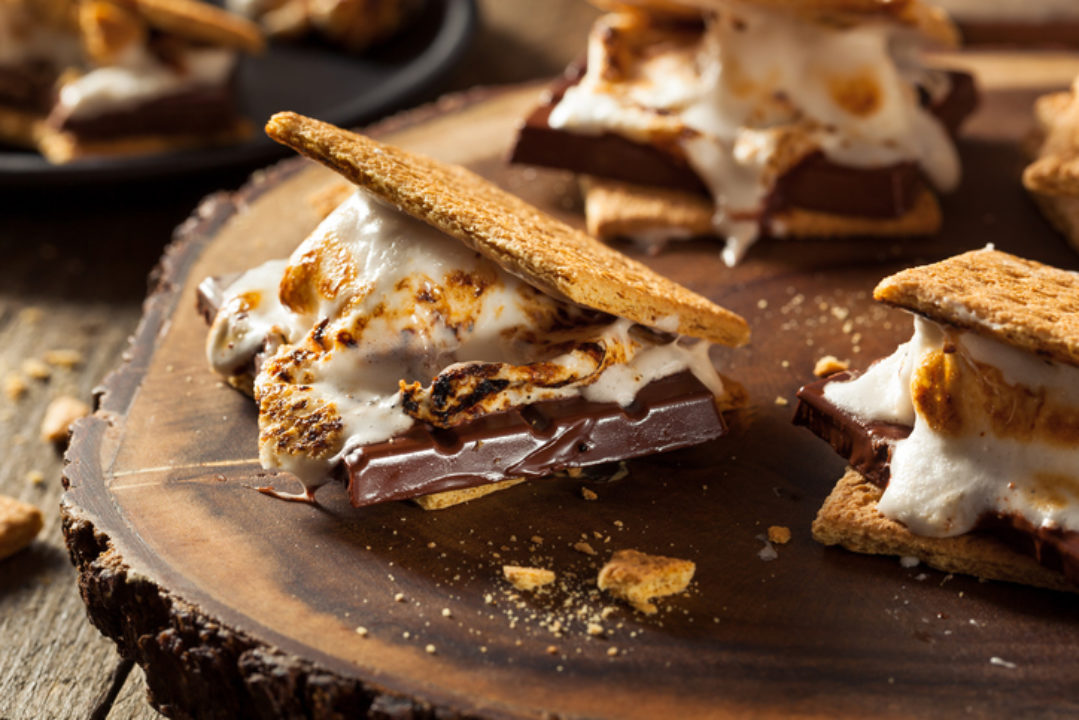 The surprising history of the yummy treat, plus tips on sweet ingredients that do good

(Confession: I am writing from my Aliner Scout pop-up office in the woods. Two squirrels seem interested in proofreading. Or they know I have a gigantic tin of mixed nuts in here.)

Even those homebound are sprucing up decks and cleaning out fire pits. And, of course, making s’mores.

The Origin of S’mores

Although the exact origins of the s’more are unknown, many point to sometime in the 1920s for the origin of America's ever-popular campfire treat, courtesy of the Girl Scouts.

The clever contraction for the “Some More” eventually landed in summer camp programs and the 1957 Betty Crocker cookbook. (Which is amusing since you don’t really need a recipe: Just toast a marshmallow; then stick it―and a piece of chocolate―between two graham crackers.)

How the “Graham” Got in Crackers

The cracker’s namesake, Sylvester Graham, was a Presbyterian minister in the early 19th century. If you look him up, you’ll find a lot of commentary about his views on sex and gluttony. But that’s not surprising. Much of the U.S. was going bonkers on those topics during the movement referred to as the Second Great Awakening.

So, let’s not get distracted by sensationalizing sex. More interesting is Graham’s role as an early promoter of clean and compassionate eating. Karen Iacobbo in Vegetarians and Vegans in America Today points out that Graham’s focus on “spreading a vegetarian message of hope: health, self-sufficiency, and animals” made him a budding leader of diet reform.

During the mid-1800s, the cholera pandemic in Europe had Americans fearful of the disease spreading (sound familiar?). Iacobbo notes the medical opinion for prevention was to eat lots of meat, drink port wine, and avoid vegetables. Graham disagreed, believing that a healthy diet included no meat, plenty of water, lots of vegetables, and homemade bread. Opposed to chemical additives and overly processed flour, he advocated for coarse-ground unbleached wheat flour.

In 1837 he published a 150-plus page Treatise on Bread and Bread-Making, noting, “that it may prove thus beneficial to my fellow creatures in a high degree, is my hearty and fervent desire.” His impact lingered after his death as graham flour, bread, and crackers were named after him.

Admittedly, Graham was a complicated man with some theology that might ruffle our modern spiritual feathers. And, yet, his desire to keep food healthy for humans and avoid harming living beings can inspire us to make our s’mores a compassionate practice.

Ingredients for Healthy and Clean S’mores

Grahams: The National Biscuit Company (what we now know as Nabisco) made graham crackers mainstream. Skip past their honeyed flavors for Original Grahams, which do not contain animal products. Nor do Keebler Original Graham Crackers. If you are gluten-free, try Kinnikinnick Smoreables Graham Style Cookies (but note there might be traces of eggs from their production facility.)

Chocolate: Luckily, it is easy to make chocolate without interfering with animals! You don’t even need to look for “vegan” chocolate, so to speak. Just skip past milk chocolate for dark chocolate. Check the label to ensure it does not contain whey, casein, milk, milk fat, or milk solids, and you should be good to munch. I’m partial to Equal Exchange Organic Panama Extra Dark or Endangered Species Fair Trade Dark Chocolate Bar. Both brands are readily available at most health foods stores, and the latter supports both animal conservation efforts and local farmers alike.

Marshmallows: The first “marshmallows” used a plant called Althaea officinalis. Amusingly, they were medicinal rather than dessert-inspired. Modern marshmallows use animal-based gelatin rather than the plant. And here's the problem. How gelatin is made is pretty gross. I’ll spare you the details and just suggest this cruelty-free option: Dandies Marshmallows. Yum. Also, for a spreadable option, try Suzanne's Ricemellow Crème or even Smucker’s Spreadable Marshmallow Topping.

Embracing the Sweetness of Life

In The Chocolate Cake Sutra,  Zen Buddhist Geri Larkin divulges, “After all the years of work, the by-now hundreds of thousands of prostrations, years of meditation, and so much chanting that chants fill my head even in the dentist chair …  I’ve realized only this: that everything and everyone is precious beyond words. Everything and everyone is holy. And the point of our being on this sweet planet is to be of service to all of it. And when we understand this truth in our bones, joy fills our hearts.”

When we purposely think about what goes into our food, making easy (and delicious!) replacements where we can, we acknowledge that every being is precious. By taking less from the animals around us, we free them up to live s’more.

Read about 10 resources for clean eating. 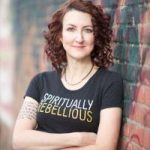 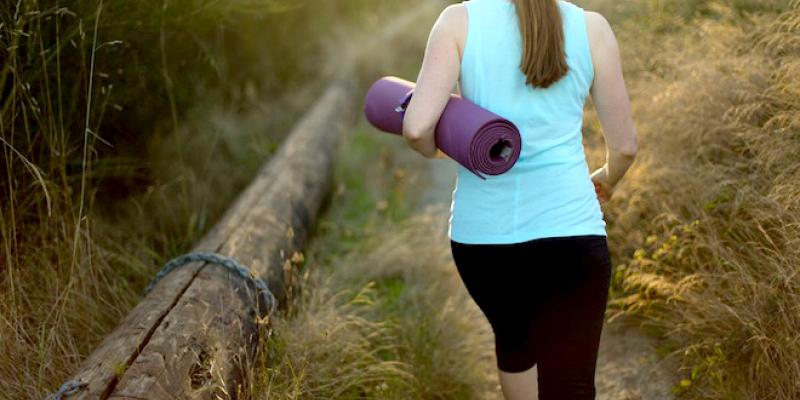 Walk Like a Yogi: How to Live Your Yoga Practice Off the Mat 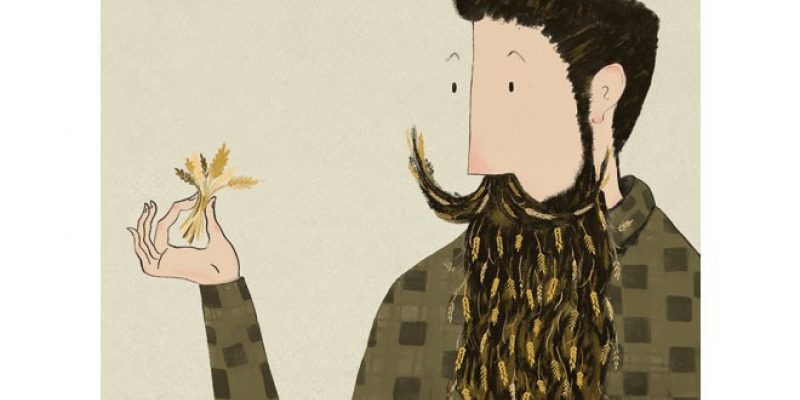 Why, When & How to Eat Wheat