Where is the Space for Grief and Dreams? 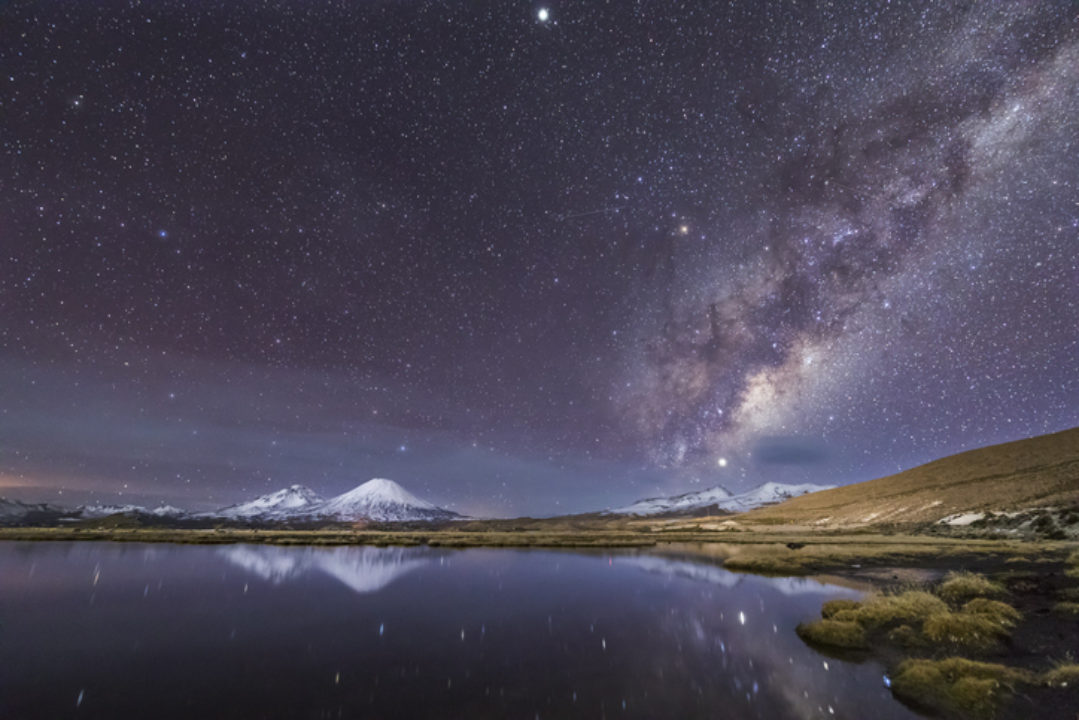 “How much space do our dreams and griefs, our hopes and losses, need to have to have room enough?” 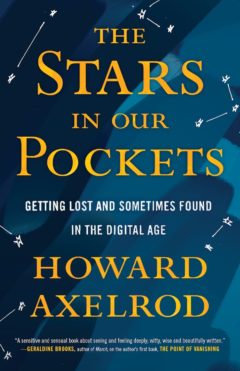 In this book excerpt, Howard Axelrod explores how technology is shaping the way we experience the world.

How Far Away Is Far?

How much closer did the stars get in 1972 thanks to Apollo 17, when we saw the first full-view photograph of Earth from space? “Once upon a time, in a land far, far away,” stretched in Star Wars in 1977 to: “A long time ago in a galaxy far, far away.” Our fantasies suddenly needed more space to stir the same far-away feeling, the same mystery. Science fiction had to keep exploring alongside technology, so we could bring the cosmos closer and yet still dream just as far.

How far away is far today? The shared vastness of the night sky has been pulled inside out, sifted into little flashes of light in everyone’s pocket. We can each be a star, and the hope is to be seen by all the other stars, to be seen everywhere and at different times. That’s the new extra dimension for our pain and wonder, our substitute cosmos, and it requires almost no waiting, almost no vulnerability to be told “you’re not alone” as you sit alone in your room posting that you are lonely.

But how much space do our dreams and griefs, our hopes and losses, need to have to have room enough?  Now that we’ve pulled our daily maps, the world map, and even the stars so much tighter, what happens to the parts of our lives that actually benefit from space and time?

The View From Here

From outer space, the Atacama Desert in Chile is a parched brown scrape, a 600-mile scar on our bright blue spinning planet, as though a carpet sample of Mars had been laid down billions of years ago and forgotten. From the thin air of the desert, the stars look both very close and very far: the starlight that reaches the telescopes on the mountaintop observatories arrives from thousands of years in the past. The recent past is strangely near and far too.

In the mid-70’s, Gen. Augusto Pinochet sent thousands of political prisoners to a concentration camp in the nearby abandoned salt-mining town of Chacabuco. Most of the prisoners “disappeared,” their bodies buried in mass graves, but because the evidence refused to decompose in the desert, the bodies were dug up and dumped in the sea. But remnants of bone and clothing remain. Just as astronomers search for the past in the skies, groups of elderly women, with shovels as their telescopes, search for the past in the sand.

Late in the documentary Nostalgia for the Light, which tells this story, we’re introduced to the astronomer Valentina Rodriquez. In 1975, when she was a year old, the Pinochet police detained her grandparents, demanding to know the location of her parents’ home. If they didn’t answer, the police threatened to take the girl. The grandparents answered. The grandparents raised her. The parents never returned.

Rodriguez, now a mother, says in the film:

“Astronomy has somehow helped me to give another dimension to the pain, to the absence, to the loss. Sometimes when one’s alone with the pain—these moments are necessary—the pain becomes oppressive. I tell myself it’s all a part of a cycle which didn’t begin with me and won’t end with me, nor with my parents, nor with my children.  I tell myself that we are all a part of a current, of an energy, a recyclable matter like the stars which must die so that other stars can be born, other planets, a new life. In this context, what happened to my parents and their absence takes on another dimension. It takes on another meaning and frees me a little from this giant suffering, as I feel that nothing really comes to an end.”

I saw Nostalgia for the Light in March of 2015, shortly after my friend Joe Nadol was killed in a train crash. He was coming home from work, sitting in the first car of the Metro-North from Manhattan. I saw the news reports—the mangled train, the blackened skeleton of the SUV, the black clouds of smoke—before I knew Joe was on board. I was at the gym. A bank of large-screen TV’s above the ellipticals, a dozen or so of us jogging in our own tiny orbits to another tragedy: grim-faced reporters in winter parkas at the scene, red flashing lights glaring in the smoke behind them. The next morning, after finding out Joe had been in the first car, I clicked from story to story, national to local. So much information, so few answers.

The funeral was a help. More than half of our class of 48 boys showed up. The firm handshakes, the solid claps on the back. We’d grown into the blazers and ties we’d been forced to wear so often as boys, into the solemnity of those Halls and Latin songs. We’d grown into what as teenagers had seemed an unfair burden—our lives’ interdependence, our responsibility for each other.

After the ceremony, we retreated to a local bar and stayed through the evening, no matter the snowstorm pushing up the east coast. The stories kept sparking other stories, as though we were participating in a group dream, keeping it aloft. Our high school days began to open around us until I could feel Joe’s presence, feel in my body how I used to feel sitting next to him in his car “The Cloud,” with its smell of vinyl and French fries and lust, until l could feel us on our high-speed escapes during free periods to McDonald’s, Joe wearing his ridiculously large aviator sunglasses and goofy smile, until I could remember the way the school’s narrow corridors looked different, conquered, as we signed back in.

The snowstorm started up outside the bar’s windows, big flakes blowing sideways under the streetlight. There were no stars in the sky, but we were finding more space and more time in each other. No one stood up to leave. No one mentioned the drive back to Boston or Brooklyn or Manhattan. We talked into the night. We talked into the storm.

Excerpted from The Stars In Our Pockets: Getting Lost and Sometimes Found in the Digital Age, by Howard Axelrod (Beacon Press, 2020). Reprinted with permission from Beacon Press. 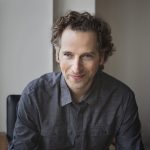 Howard Axelrod is the author of The Point of Vanishing: A Memoir of Two Years in Solitude, named one of the best books of 2015 by Slate, the Chicago Tribune, and Entropy Magazine, and one of the best memoirs of 2015 by Library Journal. His essays have appeared in the New York Times Magazine, O Magazine, Politico, Salon, and the Boston Globe. He has taught at Harvard, the University of Arizona, and is currently the director of the Creative Writing Program at Loyola University in Chicago. Connect with him at howardaxelrod.com. 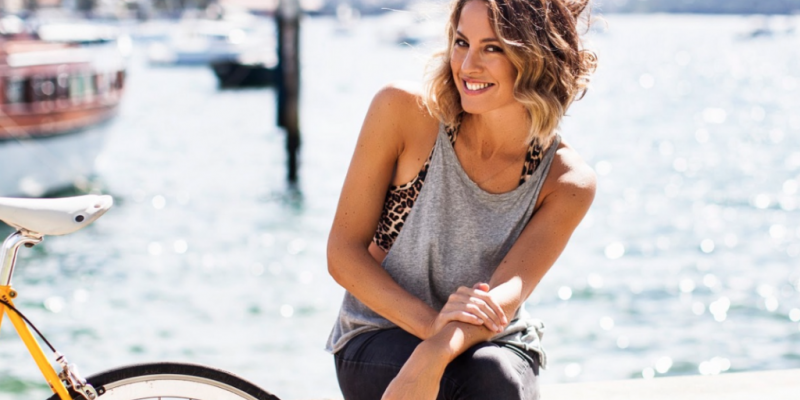 Podcast: Author Sarah Wilson on Reclaiming Your One Wild and Precious Life 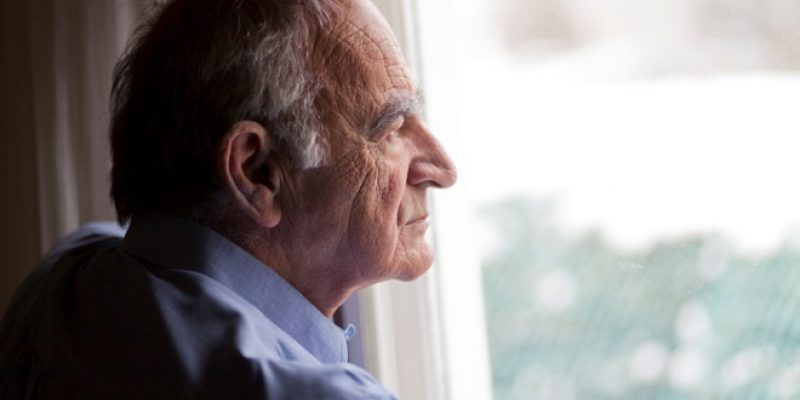 How Loneliness Makes You Sick