The Healing Gift of Cats 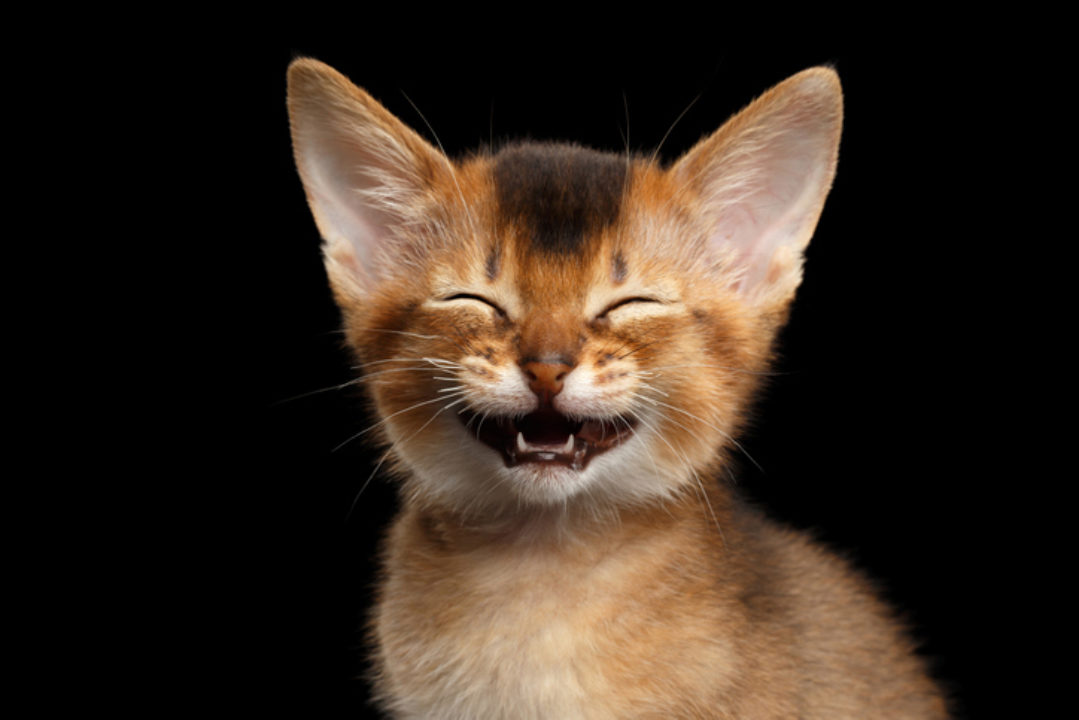 "Both Orange and I ate the same food every day. But I ate it with resentment and he with gratitude." 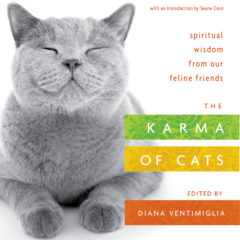 My friend who breeds Maine Coon cats lives with her extended family and nineteen of these exquisite and magical creatures. Soon after I met her, her mother, who like me is in her eighth decade, asked me if I thought that cats had souls. A wonderful question.

I thought about this for a long time and never did come to an answer.

But the question itself was a gift. It enabled me to discern what I believe to be true. That cats are here because we have souls. Anyone who has lived with a cat can, with a little reflection, discern that their spiritual capacity has been evolved, refined, nourished, and grown through the relationship. And thereby hangs a tale.

One night when I was fifteen years old, I went to bed living one life. When I woke up a year later I was living quite another. My chronic illness, Crohn’s disease, had declared itself in the night and taken control of my future. I had been hospitalized and in a coma for a year.

My new life was a life of physical limitations and emotional distance.

My disease controlled my choices and brooked no argument. I was enraged.

I was young and surrounded by people whose freedom seemed limitless. I hated them all. Over the next few years I became more and more isolated from these others. When you are young the world is a physical place: my peers played sports, they hiked, they ran, they bicycled, they traveled to Europe, they danced all night. I could do none of these things.

This sense of isolation and difference presented itself daily in the simplest of ways. My peers drank and ate whatever they pleased. I could eat only seven foods, most of them white. Eating anything not on this short list caused me to go rapidly into shock and lose consciousness.

It is truly remarkable how much human connection and relationship occurs in the presence of food. We meet over coffee or over lunch, we celebrate important occasions with dinners and pastries, we bring gifts of food to each other, and we feed those we love — friends and family. We eat together in restaurants and homes. My food limitations placed me outside of this all.

Today it’s not uncommon for eight of your dinner guests to have special and different food requirements. Now it’s difficult to imagine a world where we all eat the same thing, or where a party of six could order a restaurant dinner in five minutes without any discussion with the waiter, questions about the components in a dish, or requests to modify the food.

But this is now, and that was then. Then it was strange and deeply embarrassing to publicly query the waiter in detail about the ingredients of a meal or specify its preparation or reveal my very odd food needs. Yet eating the wrong thing would cause me to become a medical emergency.

Dining with others became an experience of profound isolation and difference. I frequently saw people look at each other in embarrassment or sit in silent discomfort while I sent the waiter to the kitchen to query the chef or ask for some special consideration. Even worse were the questions that many people who witnessed this exchange would then ask me about my condition. Rather than suffer this public embarrassment, I sat through many restaurant dinners eating nothing.

Even an invitation to eat at someone’s home usually meant asking them to prepare an entirely different and rigidly complex meal for me. Inviting people to my home for dinner meant cooking a delicious meal that I could not eat. Eventually I stopped eating in public or accepting dinner invitations and ate at home, alone.

At about this time a friend of my mother’s gave me one of her extra cats. He was a big, red, five year- old tomcat named Orange. I had never had a cat before and was concerned that he could not talk and tell me his needs. I told her this and she dismissed my worries with a laugh. “A bowl of water and a can of Live-a-Little tuna fish, morning and night,” she told me blithely.

Somehow this did not seem enough, so I added a bowl of kibble, a bowl of milk, and a can of cat chicken to the daily menu, but Orange never ate any of these things. After a few months of throwing away food, I stopped offering it and just gave him a bowl of water and a can of tuna twice a day.

We settled into an easy and familiar routine. Every day when I came home he would greet me at the door. I would put my purse in the closet, go into the kitchen, and fill a bowl with fresh water. Then I would open a can of tuna from the pantry, put it in a bowl, set it on the floor, and leave the kitchen. I had been doing this for several months before the day when everything changed.

I had come home as usual, prepared Orange’s meal, and put it on the kitchen floor, but for some reason this time I did not walk away and leave him to his meal. This time something stopped me halfway to the kitchen door, and I turned and watched. Orange was sitting before his bowl of tuna completely still. His eyes were closed, and so softly that I could barely hear, he was purring.

After a few minutes he stopped purring, leaned forward, and began to eat his food—the same food that he had eaten twice a day for the past five years. There was a moment of absolute stillness when I looked at the familiar scene and saw something completely new and different. Both Orange and I ate the same food every day. But I ate it with resentment and he with gratitude.

Like most of us, I had always eaten for taste, for pleasure, for comfort, for connection to others, for celebration. I had eaten out of boredom or to ease anxiety. But Orange was a cat. He ate because of hunger. His food was not an amusement, it was a Good in and of itself.

It enabled him to chase the ball I threw for him, to roll in the grass, to sleep in the sun. To connect to the world around him. To grow. It offered him the gift of life. And this same gift had been offered to me as well. I, who had resented others because they could eat anything they wished, was not hungry. I had never been hungry. I, too, had been blessed with what I needed to live.

Words that I had mumbled for many years at the dinner table came back to me in a rush: Blessed art thou, O Lord our God, King of the universe, who bringest forth bread from the earth. For the first time I understood these words not as an ancient formula but as a covenant, a daily miracle, and a statement of profound connection that binds us not only to one another but to the Source of life itself.

Something that had squeezed my heart shut in bonds of anger and resentment released me. Over time I began to wonder how many other ways my sense of isolation and separation was imposed not by my disease but by myself. Over time, I became truly free.

For the past fifty-five years I have shared my home with a cat and am a different person because of it. Orange, Smokey, Tiffany, Sholem Feivel, Charles, Putnam, Cashmere, Maxx, Ariyeh, and Fancy have each needed something from me that I did not possess, and in their presence I grew large enough to provide it. Frequently these things were higher human values such as patience, compassion, kindness, unselfishness, respect, forgiveness. And, of course, love.

Gurdjieff, the philosopher and mystic, has this to say about our relationship to our pets: “A pet is a little tuft of consciousness that circles a person like a moon around a planet and completes their energy field. In a more daily language, our pets heal us and make us whole.”

Keep reading: "A Purr for Help"

Excerpted from THE KARMA OF CATS: Spiritual Wisdom from our Feline Friends, edited by Diana Ventimiglia. Sounds True, October 2019. Reprinted with permission.

Rachel Naomi Remen, MD, is a clinical professor of family and community medicine at University of California, San Francisco, School of Medicine, and the founder and director of the Remen Institute for the Study of Health and Illness at Commonweal. She’s an internationally recognized medical educator whose innovative discovery model courses in professionalism and resiliency are taught at more than a hundred medical schools worldwide. Her bestselling books, Kitchen Table Wisdom and My Grandfather’s Blessings, are published in twenty-four languages. Dr. Remen has a sixty-five-year personal history of chronic illness, and her work is a potent blend of the perspectives and wisdom of physician and patient. For more, visit rachelremen.com. 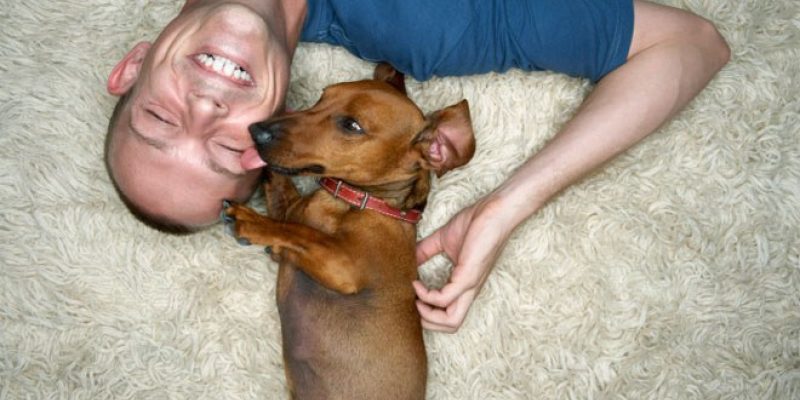 A Boy, His Dog, and Their Heart-to-Heart Connection 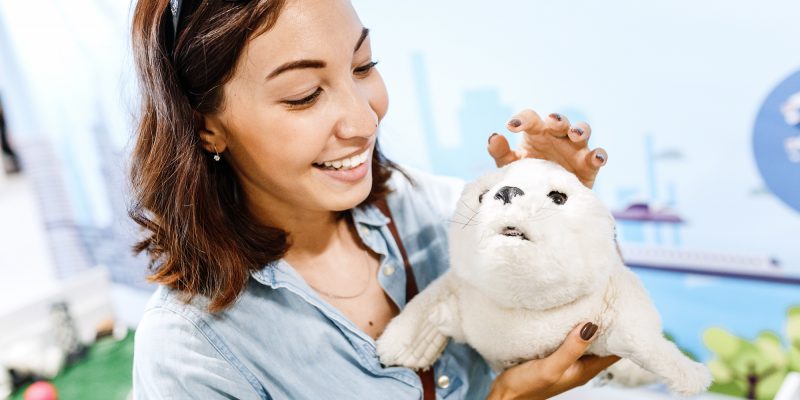 Is It Time for a Robopet?