In the new book Even Though I Walk: One Woman’s Journey of Prayer in the Shadow of Death from Liturgical Press, two spiritual seekers on different life-paths walk together through the valley of the shadow of death, praying the psalms in joy and anguish, doubt, and praise. It features the real-life correspondence between Father Ignasi, a medical doctor who became a priest, Benedictine monk, and now prior of Montserrat, and Magda Heras, an accomplished and beloved cardiologist, scientist, mentor, daughter, sister, wife, mother, and friend with a newly diagnosed lung tumor.

The letters and conversations shared between Magda and Fr. Ignasi offer deep and poignant insights into the very human—and quotidian—dynamics of the life-and-death journey we all face. This excerpt is from the introduction of the book by Fr. Ignasi Fossas, OSB.

I’d known Marc for years through the medical profession and through his involvement with our monastery. One Monday morning, Sept. 24, 2012, to be exact, he called to see if I was at Montserrat. He wanted to come up with his wife, Magda, to visit me. We met in the community’s reception area after Conventual Mass (daily Mass of the monastic community, open to visitors). After the usual greetings, Magda excused herself to go to the washroom and Marc updated me about his activities, but quickly told me that this was not the reason for the visit; there was other news. Magda returned and told me about the diagnosis she had received just a few days earlier.

All three of us are doctors and know how to keep an emotional distance when we discuss patients, but in this case the patient was there, in front of me, and I was impressed with her serenity. I became increasingly “touched,” and I had no idea what to say. But my emotions reached their fullest when Magda finally said, “As you can imagine, everyone suggests things to do and special techniques to cope with the situation. To be honest, at this point only two things interest me: my oncologist’s advice and if you can teach me to pray.”

I couldn’t move. Magda and I didn’t know each other well, but I knew she was asking me for the only genuine thing that I could offer her at that point. It seemed that Providence had prepared everything. And so of course I humbly agreed to accept both this gift and the responsibility that was being offered to me.

Thus began a last-minute friendship (as in the parable of the Workers in the Vineyard: I arrived at the end of the day and received the same as those who were there from the first hour!), a fabric woven of personal conversations, emails, WhatsApps, and so many other little things that make up everyday life. And with that friendship came access to a reality to which I have been, through grace and the goodness of Marc and Magda, an exceptional witness—and for that I can never be sufficiently grateful.

Learn more about Magda and Ignasi’s intimate journey of prayer through cancer and death in the book Even Though I Walk: One Woman’s Journey of Prayer in the Shadow of Death published by Liturgical Press.

Liturgical Press, located at Saint John’s Abbey in Collegeville, Minnesota, began publishing for the Church in 1926. We are a trusted publisher of liturgy, scripture, theology, and spirituality evolving to serve the changing needs of the Church. Learn more at litpress.org. 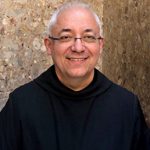 Ignasi Fossas, OSB, was born near Barcelona, where he received his medical degree. He is a Benedictine monk, holds a degree from the Pontifical Institute of Liturgy in Rome, and...