There are two ways to be holy, but you wouldn’t know it from the things we say about those who are.

There are people who labor all day in the worst of conditions—for instance, for the neediest people in the world. Call them saints; call them courageous; call them the “salt of the earth.” Indeed, they are.

Then there are other people who see the conditions in which the neediest people in the world are left to live, and they work to see that those conditions are changed. And people denounce them for it. Call them unrealistic. Call them enablers. Call them unfaithful to their country—and even to their church.

Archbishop Óscar Romero in El Salvador was also a threat to an oppressive government. Why? Because he was a support and a sign of possibility to the poor. So, the government assassinated him in his own cathedral while he said Mass. “You may kill me,” he had said, “but I will rise in the hearts of the poor.”

The church later canonized Romero. People call him a saint now. But at the acme of his prophetic posture in El Salvador, the church itself not only did little to protect or save him but also questioned his support of troublemakers as they defied a repressive government.

Prophets can be so irritating. Dostoyevsky is clear about the way the world absorbs them. He wrote, “People reject their prophets and slay them but they love their martyrs.” Once the troublemaker is silenced, the public can afford to revere their now tamed selves.

The recurring question about which is the greatest holiness, those who are doers—the martyrs—or those who are changers—the prophets—is a seductive one. Which is better, people ask, to be prophetic or to be pastoral? Is it more important to do charity or to demand justice? Or better yet, they insist, should religious people really be involved in politics? As if curing the man born blind on a Sabbath was a political act or a pastoral act or a prophetic one.

It’s when we try to answer such empty questions that we find ourselves in a maze. Which are better, apples or oranges? Who is holier, those who nurse the Catholic sick or those who build interfaith hospitals for everyone? At the end of discussions like that, all we have managed to do is to reduce the whole Christian enterprise to a series of false opposites. To pit one work against another only dims the real value of each.

However spurious the contest may be, it is nevertheless a continuing question. We like our religions served calm. We call quiet “unity.” We avoid discussions about issues that have two sides to them, both defensible, both with a valorous history. Like soldiering and conscientious objection as Christian concepts. Like the role of women in the home and the place of women in the public arena as fully human behaviors. Like ministering to heterosexuals or to the LGBTQ community, for instance. Dorothy Day’s answer is itself prophetic: She did both. A key figure in the Catholic Worker Movement, she refused to choose one over the other. She writes:

What we would like to do is change the world—make it a little simpler for people to feed, clothe, and shelter themselves as God intended them to do. And by fighting for better conditions, by crying out unceasingly for the rights of the workers, the poor, or the destitute—the right of the poor, in other words—we can, to a certain extent, change the world; we can work for the oasis, the little cell of joy and peace in a harried world. We can throw our pebble in the pond and be confident that its ever widening circle will reach around the world.

Dorothy Day brooks no misunderstanding. She was out to change the world. She was also out to feed and clothe and shelter people—“the worthy and the unworthy poor.” And she would fight to get it done while she created little oases of peace everywhere. Then, she said, one little space at a time, she would encircle the globe with this new way of being alive. That’s charity to the ultimate. It is also a world-changing prophetic statement about the Christian lifestyle.

Set in such stark terms, it is easy to see that both dimensions of ministry are strengthened by involvement in the other. What is the use of feeding the hungry without advocating for better social services? What is the use of demanding higher wages for physical labor while omitting the need for childcare for working mothers?

Or, on the other hand, what is the use of prophetic vision while the living poor go hungry? As the world waits for the legislative insight it will take to restructure social services or raise wage levels, a family can starve. Intellectual concern is no substitute for the food a family cannot afford despite the fact that they work two jobs. The truth is that charity is laudable and seldom considered dangerous. It is the sign of the nice person, the one who unloads the trucks or sets up the temporary housing units.

Prophecy, on the other hand, has ragged edges. It sets out to deconstruct the present situation. It critiques social structures to which many have given their lives or in which they have status. They are invested in its continuance. They have something to lose if the world listens to the cries of the prophet for change.

Where the hallmark of charity is its uncommon generosity, the ring of real prophecy lies in its uncommon courage. Both of them go far and beyond the normal measure of either. Both lead the way for others to follow. Both give witness to the world of another way of life, a better way of life for us all.

Nevertheless, charity without prophecy can serve only to make the world safe for exploitation. As long as the poor are being fed, why raise the wages it would take to enable them to feed themselves? It enables employers to go on underpaying and overworking the very people who have made them their wealth.

At the same time, prophecy may disturb a society, but it does not necessarily comfort it. In fact, it can remain at a distance from the sufferings of the time. As a result, it runs the risk of intellectualizing the problems of the world, which the rest of us can then go on discussing to death.

The great prophets both comfort the wounded and work at changing the structures that embed the wounding to the point that we all come to take it for granted. When that happens, there’s little hope of change.

As the poet Charles Péguy warns us, “We must always tell what we see. Above all, and this is more difficult, we must always see what we see.” When we fail to recognize the injustices of society—to smell them and bind them, to carry the lame and shelter the homeless—we will never bend our hearts to hear them and shout out their cries for all to hear. And change. 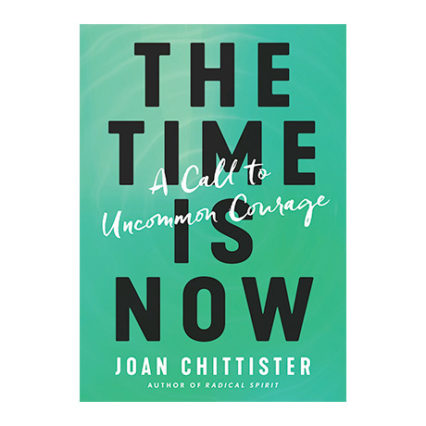 Adapted from The Time Is Now: A Call to Uncommon Courage, copyright 2019 by Joan D. Chittister. Published by Convergent Books, an imprint of Penguin Random House LLC, in March. 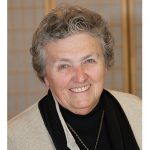 Sister Joan D. Chittister OSB is a Benedictine nun, theologian, best-selling author, and speaker. She has served as prioress and Benedictine federation president, president of the Leadership Conference of Women Religious, and cochair of the Global Peace Initiative of Women.