Taking things personally is a reaction, not an emotion.

Your friend insists that she gives you money for giving her a ride, a driver flips you the bird, a stranger asks you if you are expecting, or my favorite (not): you are out with a group of friends and they suddenly start making their list of recipes for the party you were not invited to. Yup, these things have happened to all of us at some point and I will be the first to admit, it is hard not to take them personally.

For the most part, I have tried everything from ignoring, to judging to venting (well, maybe gossiping) to a friend or colleague. I have attempted to be the bigger person remaining calm, quiet and reserved about the whole thing. It wasn’t until I put myself on an Emotional Detox, I would begin to see these kinds of situations differently.

What I have learned is taking things personally is a reaction, not an emotion—a reaction to an undigested emotion in the body. While it might seem like that person was mean or rude, the truth of the matter is, these situations are often reflections of what remains unhealed in us.

Now, you could take a stab at figuring out what those emotions are and you might even nail down a few. Emotions such as insecurity, unworthy or feeling offended may come to mind. However, I don’t recommend you focus on figuring that all out.

What I have learned is labeling our emotions is really not the same as feeling them. In fact, I will go out on a limb here and say it is pretty darn distracting. What I have found is when I label myself as insecure or hurt, I can easily get swayed toward reminding myself of the stories which fuel them. So to stop taking things so personally, I recommend getting yourself on a C.L.E.A.N.S.E (The 7 Steps featured in my book Emotional Detox).

Until then, here are a few suggestions to help you dissolve some of those emotions which are coming up:

Triggers are often a sign of old wounds (emotions which were never allowed to be fully processed) because the body was too busy protecting itself through the fight, flight or freeze response.

Although you might not be able to see it right now, there is always something to be thankful for in these types of situations. The bottom line is if you don’t like what is happening in front of you, focus on what is happening inside of you and notice how things begin to change for the better. 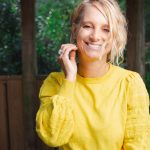 Sherianna Boyle is the founder of Emotional Detox Coaching®, creator of the Cleanse Method®, and author of nine books. Her most recent book is Emotional Detox NOW: 135 Practices to...