Trauma affects all the systems of the body, mind, soul and spirit; its treatment must go beyond talk centered therapies.

Trauma is a word that is becoming more common in psychotherapy, as more of the population are aware that they have experienced some sort of trauma in their past. Trauma is defined as a deeply disturbing or distressing experience.

A traumatic experience overwhelms a person’s coping mechanisms, and therefore, it does not get integrated or resolved. This unresolved experience gets recorded in the limbic brain and any similar events that happen in the future can reactivate the original stress experience. Because the brain does not differentiate between a memory and a current lived experience, the person relives the trauma over and over again.

“…an anxiety problem that develops in some people after extremely traumatic events, such as combat, crime, an accident or natural disaster. People with PTSD may relive the event via intrusive memories, flashbacks and nightmares; avoid anything that reminds them of the trauma; and have anxious feelings they didn’t have before that are so intense their lives are disrupted.”

The situation can be a real or perceived threat.

Although trauma is often used to describe a psychological or emotional malady, trauma is not just experienced in the mind or the psyche. It is now understood that trauma affects all the systems of the body, mind, soul and spirit. Trauma affects us holistically and as such, trauma must be treated through an integrative holistic approach beyond talk centered therapies.

Trauma is no longer something that only those who have suffered abuse or have gone to war experience. Studies now show that approximately 70 percent of adults in the United States have experienced a traumatic event at least once in their lives, and up to 20 percent of these people go on to develop post-traumatic stress disorder, or PTSD. This means that an estimated 5 percent of Americans—more than 13 million people—have PTSD at any given time, and this is only based on reported cases.

Traumatic experiences literally become “imprinted” in the emotional body, physical body, energetic body as well as in the conscious and subconscious mind. Following a trauma, a person’s nervous system may be on constant “high alert,” always in a state of fight or flight and hypervigilance.

Our bodies also hold cellular memory of our trauma. People suffering from PTSD will often feel dissociated and disembodied. They may have flashbacks or apparent “overreactions” when touched in certain parts of their bodies or when they are in vulnerable physical positions or postures.

People with PTSD have high rates of associated depression, anxiety and sleep disorders. Studies also show that PTSD is directly related to addiction as 1/2 to 2/3 of people with addictions have PTSD.

Because trauma represents a threat, a person experiencing trauma reverts to coping strategies that are survival-based. While in survival, a person is cut off from Source energy, trusting in general “goodness” and trusting in their inherent wisdom. Trauma also causes us to lose connection with our soul, that authentic part of our being, as we function more from a survival state, rather than from a state of creativity, hope, imagination and empowerment.

Trauma and PTSD affect every part of who we are as a human being, and as such can only be healed if the trauma is addressed in every part of ourselves. An integrative, holistic recovery program, using modalities in conjunction with one another such as somatic experiencing therapies, EMDR, energy medicine, myofascial and craniosacral bodywork, yoga, meditation, nutrition, brain supplement protocol, breathwork, psychotherapy, functional medicine psychiatry as well as wisdom tradition ceremony is the only way to treat and heal trauma for good.

Sponsored by: The Sanctuary at Sedona 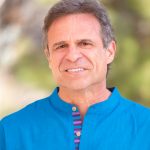 Dean Taraborelli is the founder and administrator of The Sanctuary at Sedona, an integrative addiction recovery center in northern Arizona. He is a leading faculty...