Learning to choose loving rituals that work in your family, that are meaningful, relaxed, realistic and reasonable, is as important and as individual as each of us.

Traditions and rituals enrich our lives. According to our iPhone friend Siri, “a ritual is a sequence of activities involving gestures, words and objects, performed in a sequestered place and performed according to set sequence. A tradition is a belief or behavior passed down within a group or society with symbolic meaning or special significance with origins in the past.”

The Holidays, especially Christmas, is a perfect example of rituals within traditions. There are family rituals that my mother performed to ensure our Christmas was special. She was a talented crafty lady who made many of our gifts. Baking began at least a month ahead of the 25th. There were so many cookies and squares and each of us had our favorites – like the decorated shortbreads or the cinnamon nut fingers. These delectables were kept in giant round tins that in days gone by had held reels of film. The homemade pies — scrumptious! Just mention butterscotch or lemon meringue on Christmas Eve and they would magically appear after you were stuffed with turkey.

As a military family, we moved around a lot so home was wherever our PMQ (permanent married quarters) was! I admired the fact that mom kept in touch with several hundred people and took great pride in getting beautiful cards mailed with personal notes written in each. It became her custom to write one letter choc full of the family news over the past year to include in each card and my computer savvy Dad would copy it and print labels. We had a special Christmas drink my mother devised consisting of Welch’s grape juice and ginger ale. Countless hours were spent crocheting angels, bears and stars for the tree and stringing popcorn garland. Eating After Eights mints and snacking on Planter’s cashews while playing board games — pretty much a once a year specialty!

Mom’s passion for the festivities was passed down to me — some rituals I continued and some I created when I had children. Some of our best memories are tied to the repetition of these activities, like the setting up of the nativity scene or the assembly of the rotating brass angel candles year after year. Learning to bake the popular recipes for my family, sending cards, and heading to church Christmas Eve became cherished rituals. We looked forward to activities like traveling to my parents for the holidays, going to senior’s homes with my father and brother to play guitar and sing carols, and shopping for and making gifts for each other. But my favorite rituals always involved my children, presents they had wished for were only opened after their stockings and they ate their breakfast. Oh the anticipation — to relish their priceless delight on magical Christmas mornings.

These rituals, and so many more, have touched my heart, have formed fond memories for my daughters and continue to build our family connections. My three year old granddaughter is becoming familiar with some of the rituals our family still does, from decorating our homes to baking special treats. We are also endeavoring to instill in her the heart within the holidays by doing for others — gifting our time or our treasures in our community. Learning to choose loving rituals that work in your family, that are meaningful, relaxed, realistic and reasonable, is as important and as individual as each of us.

The Celebrant Foundation & Institute (CF&I) is the preeminent online educational institute that teaches and certifies people as modern day ritual and ceremony professionals called Life-Cycle Celebrants®. Founded in 2001, the educational nonprofit organization headquartered in Montclair, NJ, is a member of the International Federation of Celebrants. To date, the CF&I has graduated nearly 1000 Life-Cycle Celebrants® who preside over 50,000 ceremonies each year throughout the world. To learn more about the CF&I, visit www.celebrantinstitute.org 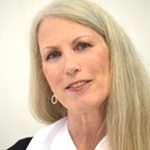