Shifting away from an attachment to the material aspects of personhood can help transform suffering into healing.

When Richard Gunther stepped out on the deck overlooking the Pacific Ocean at the Esalen Institute in Big Sur, California, he felt the scene was smiling at him and was overcome with a tangible sense of feeling whole. “It was as though I had walked through a sci-fi energy screen into a new world,” he told me later. Gunther always saw himself as a no-nonsense businessman. Yet what he experienced on that deck was a spiritual awakening. He felt connected to all of nature—free from any separation. In a moment, he had a transpersonal glimpse into an expanded realm of existence. In time, he discovered that he is a profoundly spiritual person who simply needed “the shock of this opening to accept that truth.”

Decades later, Gunther found that his insight had helped him through tough times. When a drunk driver killed his 12-year-old granddaughter, he was devastated. “But just as my joyous experience at Esalen opened my eyes to a broader awareness of reality, so, too, did this tragedy broaden my understanding of the complexities, anguishes, and unknowns in life.” Out of his pain came a profound sense of compassion for the pain we all experience. And he sees within himself a growing curiosity about his identity in the face of the greater whole.

When I first met Richard Gunther and heard his story, I too had a breakthrough: a new vein for my own research journey as a social scientist. Since then I have sought to understand how transpersonal experiences, even the most painful ones, can be life transforming. I have worked with spiritual teachers, healers, scientists, and philosophers, and have conducted countless hours of interviews, surveyed thousands of people, and followed participants who engage in transformative practices, to understand what changes in their bodies and minds. One thing is clear: Shifting away from an attachment to the material aspects of personhood can help transform suffering into profound healing.

An important insight came from Rachel Remen, a physician who has worked with cancer patients. In her experience, painful experiences offer an unstructured rite of passage. As she explained, “Crisis, suffering, loss, the unexpected encounter with the unknown—all of this has the potential to initiate a shift in perspective. A way of seeing the familiar with new eyes, a way of seeing the self in a completely new way.” There is, within her experience, a moment in suffering when we step away from our former identity in order to be reborn with an expanded sense of self.

I’ve also found remarkable sources of inspiration and hope from those who have pioneered the path to self-discovery. Claire Russell, for example, has been a great teacher and friend. She wakes each morning with gratitude and intention. At 92, she’s happy to be alive. She meditates on nonattachment, preparing herself for the next great transition as she grows closer to bodily death. And with this wisdom and sense of balance, she begins her day.

She jogs in her bare feet, grounding herself in the earth. She is now studying light therapy and its role on metabolism. Four days a week, she leads and supports spiritual and philosophical discussions among people in her retirement community before going to her weight training class. She used to teach line dancing to people in walkers, a task that both challenged and inspired her as she had to rehearse the steps when her own memory failed her, but she stopped teaching the course when two of her students, both in their 100s, passed on. Now she’s on to something new: helping with a garden sale of the young succulents she has tended over the previous months.

Claire’s great secret for living well in the midst of pain and impending death is to laugh as often as possible, to keep moving until she can’t move anymore, and to bring curiosity and wonder to her quest for new discoveries. What may be seen as painful and frightening for many people is an opportunity for Claire to further loosen her sense of control. She reflects on her shifting identity, mindfully dissolving firm attachments to her own transient embodiment. She is part of a greater whole that is both in and beyond her physical existence.

More than a century ago, William James wrote about transpersonal states of consciousness such as those reported by Gunther, Remen, and Russell. He argued that they are profoundly transformative. Further, they are authoritative sources of knowledge, even in the light of their ineffability. Moments of pain and suffering may be accompanied by wonder and awe. Under the right conditions, they can offer glimpses into transcendent realms that provide an internal guidance system for our ever-evolving identity.

For Gunther, his sense of unity with a broader reality changed his life for the good. For Remen, the very process of pain and loss is a portal for our expanding identity. And for Russell, her deep practice of living each moment with gratitude and interconnectedness has led to healing and wholeness. In each case, paying attention to experiences of wonder, beauty, and awe offers opportunities for expanding our sense of self, others, and the miracle of existence. 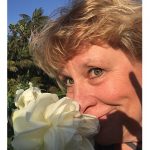