Photo Courtesy of the Celebrant Foundation and Institute

Summer 2015 was historic indeed: the United States Supreme Court legalized same-sex marriage, ushering in a new era where LGBTQ weddings will soon become mainstream in our culture. Heeding the call, the Celebrant Foundation and Institute (“CF&I”) has created a first-of-its-kind course for its trained and certified Life-Cycle Celebrants®. CF&I is proud to debut their new certification course: “Life-Cycle Ceremonies for the LGBTQ Community.” This certification was created for experienced Life-Cycle Celebrants® to offer their professional services to the LGBTQ community. This course is responsive to our LGBTQ clients’ needs not only for personalized weddings but for all life-cycle ceremonies.

CF&I Faculty Members Anita Vaughan and Mila Martin co-created the course over a span of two years. Both teachers worked with focus groups of same-sex couples whom they had performed ceremonies for or married. The responses from their client honorees were invaluable in creating this workshop. Mila Martin explains the pressing need for this ground-breaking new course: “LGBTQ couples and families have their own special needs when it comes to marking the milestones in their lives. With the new law in place, it is time to take into consideration what LGBTQ people deem important not only for weddings, but also for funeral ceremonies, baby blessings, adoption ceremonies, coming-out and coming-of-age ceremonies, and many more life events. Legalizing same-sex marriage in the United States finally opened the doors, and now it is time for society and Main Street to pay attention to the LGBTQ citizens and neighbors in their community.“

This course is innovative, but not a surprise: Celebrants worldwide have been leaders in social interests for over 50 years. More and more customized Celebrant ceremonies are being performed globally. In fact, just last year, the State of New Jersey passed a Civil Celebrant law that allows trained Certified Civil Celebrants to legally officiate at weddings. It’s the first state to pass such legislation, but more states are sure to follow - especially in light of the Supreme Court’s momentous ruling.

Anita Vaughan explains that, “This course will cover the history of the LGBTQ movement, as well as the terminology and legality of same-sex ceremonies in the United States and abroad. We’ll focus on weddings but also ceremonies for families and other ceremonies specific to the LGBTQ community including baby blessings/namings/welcomings, which might have diverse components depending on the following: Is it an adoption? Was there a sperm donor? Was there a surrogate involved? Another example is a New Family Celebration. An older child is adopted or a partner or spouse may already have a biological child and wants to include his/her spouse as a parent in the child’s life. We will talk about family issues and explore the possibility of ceremonies for other possible transitions in the life of an LGBTQ person, such as transgender medical processes, name changes, etc. Finally, we will discuss weddings for the LGBTQ community and the nuances that may separate same-sex wedding ceremonies from wedding ceremonies for heterosexual couples. We will also concentrate on marketing for LGBTQ clients, including website enhancement and reaching out to and cross-pollinating with like-minded organizations and professions. All this and more in three weeks! This is exciting and socially essential.”

The Celebrant Foundation & Institute (CF&I) is the nation’s preeminent online educational institute that teaches and certifies people as modern day ritual and ceremony professionals called Life-Cycle Celebrants®. Founded in 2001, the educational nonprofit organization headquartered in Montclair, NJ, is a member of the International Federation of Celebrants. To date, the CF&I has graduated nearly 900 Life-Cycle Celebrants® who preside over 20,000 ceremonies each year throughout North America, Asia and Europe. To learn more about the CF&I, visit www.celebrantinstitute.org

Life-Cycle Celebrants® are certified graduates of the Celebrant Foundation & Institute. The CF&I’s rigorous, seven-month, transformational program is taught via real-time, web-based, teacher-led classes where students explore the art of ritual, ceremony, world and faith traditions, ceremonial writing, and public speaking. Graduates of the program are certified as Life-Cycle Celebrants®, professionals who are specially trained to perform and co-create personalized, substantive and meaningful ceremonies for weddings, funerals and other life events that reflect the needs, beliefs and values of the people they are honoring. 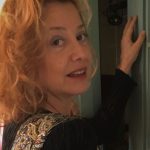 Charlotte Eulette, is a poet, writer, and cofounder of the Celebrant Foundation & Institute. She’s been a poet and a great lover of poetry most of her life, drawing zest and...