Through the World Wildlife Fund’s Sacred Earth program, Dekila Chungyalpa works with her own Buddhist faith and Christians, Muslims, and others to protect the Earth. 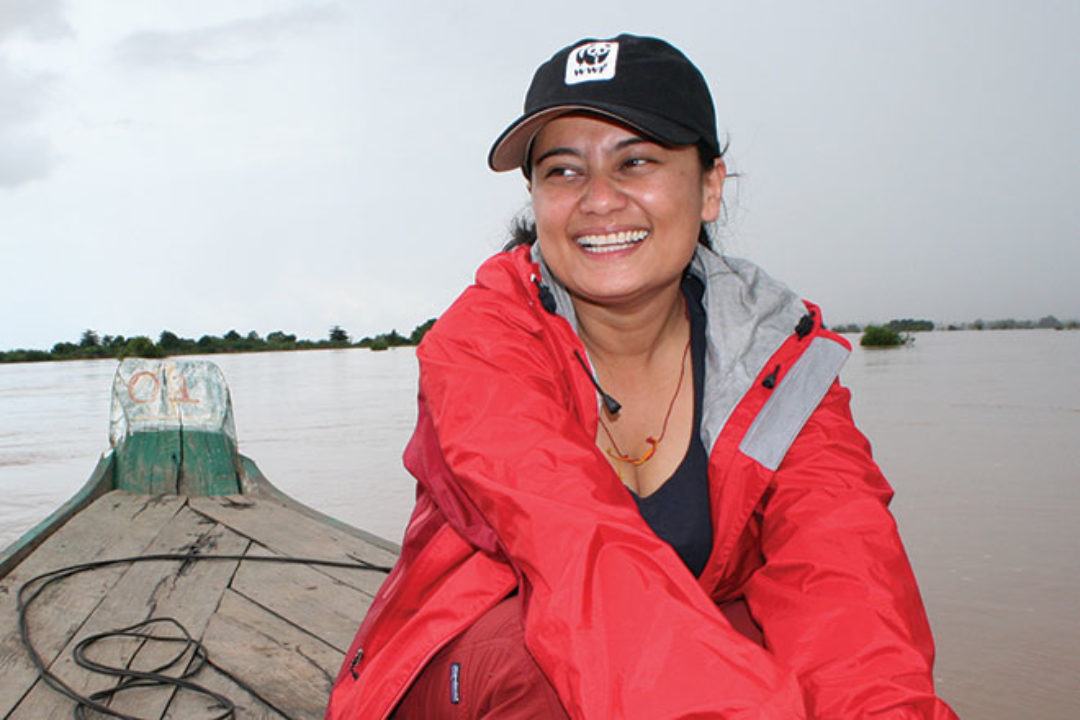 The 2008 pilgrimage to Bodh Gaya—the site where Lord Buddha attained enlightenment under a peepal tree—was dusty and noisy. Some of the faithful inched along in walking protestations, while others recited mantras, meditated, or climbed to nearby sacred caves and mountains. Chaotic and peaceful at once, it was an experience utterly typical for Dekila Chungyalpa, until she listened to a teaching on compassion for animals.

“Do you eat meat?” asked Karmapa Oygen Trinley Dorje, head of the Karma Kagyu sect of Tibetan Buddhism. “For breakfast? For lunch? If you pray each day to benefit all sentient beings, how can you eat meat?”

When he asked if anyone wanted to become a vegetarian, Chungyalpa raised her hand.

“No thought was involved,” she says. “It was a spiritual call from my spiritual leader to become a better Buddhist.”

For years, the World Wildlife Fund conservationist had tried to give up meat for reasons of health, environment, and ethics; but this time, she kept her vow. Her hand, raised with those of thousands of people around her, opened Chungyalpa’s eyes to the power of faith to protect the environment.

The first project, the publication of environmental guidelines for Buddhists, has been translated into 12 languages and led to monastery-led programs to address forest degradation, water loss, wildlife trade, waste, and climate change. Monks began asking the faithful to plant trees instead of making temple offerings of money, biscuits, and chocolates. Monasteries are now segregating waste and composting, installing solar panels, and performing regular community cleanups, demonstrating by example.

“It’s really revolutionary. I grew up with monks sitting on brocade seats, and we bowed to them. If a monk is doing this, it makes a community member think twice,” said Chungyalpa, director of Sacred Earth.

At an early training conference, Chungyalpa realized the nuns were so shy that they couldn’t say their names aloud into the microphone, let alone participate in discussion. She met with Dorje, who in turn spoke with the nuns, asking them to be brave, and he also told senior monks to seek out opinions from the women. Only later did Chungyalpa realize what a turning point the workshop would be, and how unusual it was to take on gender inequality; traditionally, in Tibetan Buddhism, women do not have positions of influence or power.

Today, the nuns lead river cleanups, grow and give away medicinal herbs, and are the first to take on thankless projects, she says.

Born in Sikkim—a formerly independent Himalayan kingdom now a part of India—Chungyalpa spent much of her childhood in the mountainous west, a land of red pandas and orchids, of apple orchards and trekking trails. From a young age, Chungyalpa was told she did not have to marry or have children and was encouraged to do what she wanted with her life. “It was such a liberating thing to hear that I had no restrictions,” she said. Nature was seen as alive, as a manifestation of the sacred. She wasn’t allowed to pick flowers, and when her mother needed to cut down a bamboo grove, she invited a monk to make prayers.

At 15, she left Sikkim to continue her education in New York, where her aunt worked for the United Nations. Homesick and suffering from culture shock, Chungyalpa came to understand her place in the world and in her faith. “It’s comforting to know you’re a part of something larger when you stand under a tree.”

That notion of interdependence, of the self that cannot exist without the other, runs strong in green Buddhism, an environmentally engaged practice that is a natural expression of the philosophy.

After her fateful pilgrimage and meeting with Dorje, Chungyalpa met with the leadership at the WWF to discuss an initiative that became Sacred Earth. Launched in late 2011, the program has extended into East Africa, where Christian, Muslim, Hindu, Jewish, and Buddhist leaders have called for the end of the illegal wildlife trade. In Thailand, Buddhist leaders prayed for poached elephants in a merit-making ceremony and asked their congregations to reject the trade of ivory. In Cambodia, monks train in freshwater conservation to protect endangered Irrawaddy dolphins. In Brazil, Chungyalpa worked on a conservation outreach program with millions of Catholic youths who gathered during the 2013 visit of Pope Francis.

Taking the program global, outside of her Buddhist faith, made Chungyalpa nervous at first, until she received advice on how she should introduce herself. Not as Dekila, from the WWF, but as Dekila, a Buddhist, a person of faith. “It completely changed how I felt going into meetings, and it changed how people accepted me. We were meeting as people of faith.”

Sacred Earth has developed a pledge for youth leaders in faith communities to become advocates for conservation, with simple actions they can take each month to protect the environment, and a web page where they can share their stories and suggestions. For more information, visit worldwildlife.org/youth. 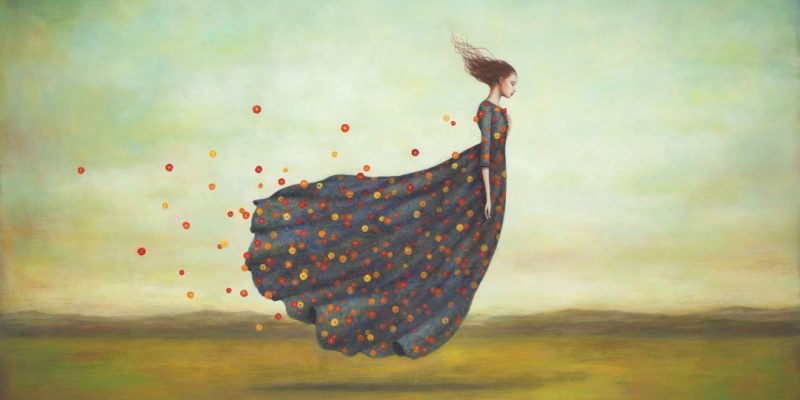 When Your Practice Gives You a Shove 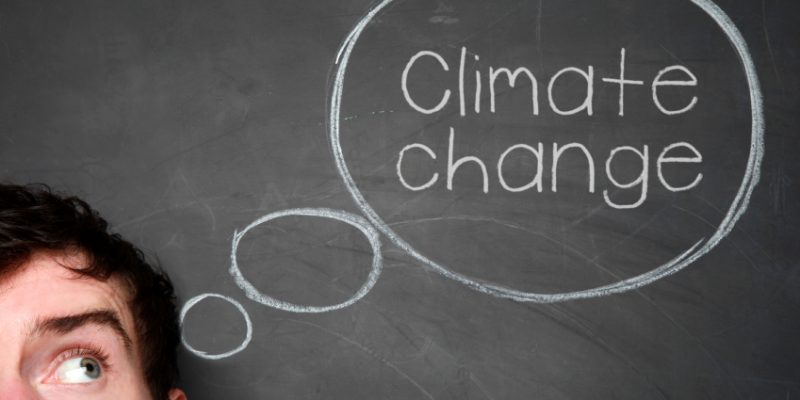 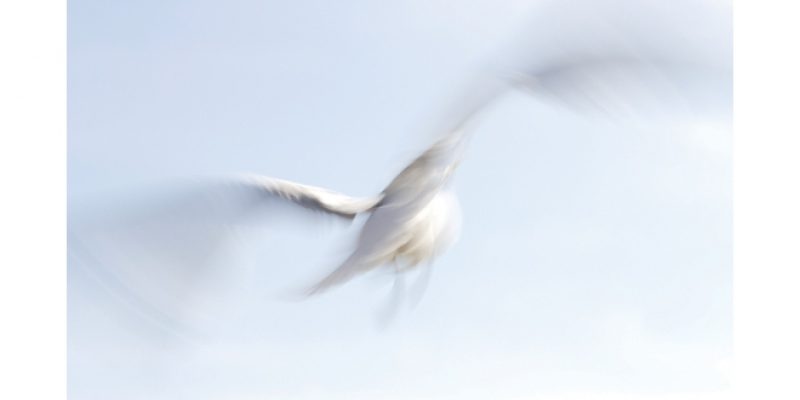 Why People Have Sex…and When They Should Reconsider