I was wading through icy-cold water — willingly — and it felt great. I wasn’t at a spa with soft candles, pleasing scents, and fluffy robes; I was in an old, windowless tiled room in a hospital-like setting that was worn around the edges in the tiny, tranquil town of Bad Worishofen. I had come to Germany, to the Kneipp Institut in particular, to research hydrotherapy — and I was cold and happy as a clam, for this, in modern times, is where it all began.

Father Sebastian Kneipp came to Bad Worishofen, idyllically situated at the foothills of the Alps, as the father confessor to the Dominican convent. As a young man studying theology, he contracted tuberculosis — and managed to cure himself of it. He did this with the help of cold-water baths, barefoot walks in the snow, and a healthy diet, and he went on to document this in his book My Water Cure, published in 1886.

A man with a mission, Kneipp was a healer who had a stupendous influence on the hydrotherapy movement (which morphed into naturopathy). Back then, a complete water cure lasted 24 weeks and consisted of many different hydrotherapies. My brief stay in Germany involved a lot of cold water, powerful hoses, and buckets, not to mention fresh air and good food. I felt like a new person. Since then, I have experienced hundreds of hydrotherapy treatments, both here and abroad, as part of my own mission to chronicle the evolution of modern spas.

From Culture to Industry

The ancient Greek ideal for health was exercise, hydrotherapy, and massage, and the core of a healing spot was its water — both hot springs and cold plunges. Elaborate Roman public baths expanded on the tradition and burned forests of wood to heat water in places without natural hot springs. But a funny thing happened to this ancient tradition in America in the 1990s: water nearly disappeared from spa menus. This was the decade that gave birth to and commercialized the spa industry in this country, and in doing so, waved good-bye to what was once a spa culture.

Very briefly, here’s what happened: During the ‘90s, when spas were being built at every turn and when budgets were fat and spending was frivolous, all manner of spanking-new spa equipment — namely, gargantuan hydrotherapy tubs and sleek Vichy showers — were installed. But spa staffs were not educated in how to work them, and the average American spa-goer wasn’t sure what they were for. Slowly but surely, the tubs and showers were taken out in favor of additional massage tables. Wet rooms turned into massage rooms, and healing therapies generally gave way to trendy treatments bearing long names and big price tags — but little or no healing value.

Fast-forward a decade (a time of economic and health-care crises, not to mention aging baby boomers) and water therapies made their way back — for three good reasons: They’re healing; they’re often used to treat a variety of aches and pains, from arthritis to poor circulation to sore muscles. They’re rejuvenating; hydrotherapies reduce stress, stimulate blood flow, and energize. And they’re fun. At least since Roman times, spas with dedicated co-ed water facilities are popular places for friends to gather and socialize.

Hydrotherapy, put simply, is the therapeutic use of water. Here, we’ll dip our toes into some of the best water treatments available at today’s spas.

Many of today’s day spas, hotel spas, and destination spas offer a variety of relaxing, warm baths in hydrotherapy tubs. Large, deep, and with various numbers of nozzles and mechanical stimuli, these can be programmed to address different physical concerns. More difficult to find is the underwater pressure massage. This is done in a warm hydrotherapy tub by the spa technician, who uses a hose of varying water pressure to massage.

The Huichica Creek Bath at the Carneros Inn near Napa, California, is one of the more creative baths I’ve come across. The spa features two private outdoor hydrotherapy baths that overlook the surrounding hills, where the Huichica Creek rambles. Built side by side (there’s a reason the Inn is consistently rated a top getaway for couples), the two tubs feature a steady stream of water that flows over you while soothing jets massage your body. In this 30-minute treatment, you can choose from a variety of salts and powders to add to the bath, including warm goat-milk powder that has antiinflammatory properties and mustard seed powder, helpful for boosting the immune system. (See thecarnerosinn.com)

“Ofuro” is Japanese for bath, and this is also how one refers to this style of tub. Traditionally a wooden bathtub that is short and steep, it is made specifically for relaxing rather than washing. Modern versions are also crafted from acrylic, as well as stainless steel. Kabuki Springs, in San Francisco’s Japantown, is a terrific day spa that offers traditional Japanese-style communal bathing, as well as private bathing areas. The ofuro may be booked here with a massage or certain body treatments. This is a lovely and unassuming spot with some unique design touches, including light fixtures crafted from vintage kimonos. (See kabukisprings.com)

This intense and invigorating vertical shower traditionally comprises 16 needle-spray showerheads that create either a gentle or vigorous rain shower from the shoulders down to the ankles, alternating in temperatures. A wonderful sore-muscle reliever, this form of water massage is great for stimulating blood circulation, as well as lymph circulation. 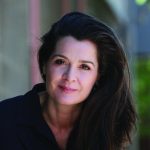