Filmmaker Michael Moore went to Catholic seminary at age 14 and thought about becoming a priest. Instead, he became an activist. He started his own newspaper in Flint, Michigan, became editor of Mother Jones, and when he was fired from that job he used his severance to finance his first blockbuster documentary, Roger & Me. Whether or not you agree with his politics, he is living proof that one person can make an enormous difference. So we decided to ask him a bit about his inner life and what keeps him going.

Paul Sutherland: Would you describe yourself as a spiritual person? And what does that mean to you?

Michael Moore: Well, I am a human being, so saying that I am a spiritual person, to me, would be redundant. By the mere fact that we are human, I believe we are all connected.

What do you do each day to [try to] maintain some kind of healthy equilibrium in your busy life?

My doctor asked me the same question. Every time he takes my blood pressure, it’s 110/60. He wants to know why I don’t seem to be affected by the stress I must carry. In my day-to-day life, I live simply, worry about very little, and don’t hold back from tearing up when I read the daily newspaper. I listen and play music, I watch movies in movie theaters (rarely, if ever, on TV or computer). I walk. I breathe. If I see something that needs to be done, I do it.

Your movies and writing show a sincerity that is rare. How do you keep “trucking on” when you see all the stupidity, corruption, and suffering caused by egos and ignorance?

Ha! Good question. I believe most stupidity isn’t stupidity; it’s ignorance, which means it can be corrected with education and information. Someone who worked in the Bush White House told me that their main concern with me was not in debating the merits or politics of my movies; their main job, PR-wise, was to try to convince as many people as possible NOT to watch my movies. They felt that once people walked into the theater to watch one of my films, they would lose a lot of them. So they had to demonize me so that some people would decide in advance not to listen to me.

Where do I find the motivation to keep going?

Many days I don’t want to. I’m a normal guy. Who needs the crap I have to put up with? I don’t. But most days it makes me happy to do what I do, and I think all of us should be constantly asking ourselves that question: Am I having fun doing what I’m doing? Am I happy?

Okay, you’re a target! There is a movie titled Michael Moore Hates America. There is a Facebook page that reads “Michael Moore hates you. Shouldn’t you return the favor?” Mean, terrible stuff. You seem to be able to handle the hurtful language with the poise of a Zen monk. What is your secret?

I am blessed with an Irish sense of humor. I find a lot of that very amusing. I know that they have created a fictional character called “Michael Moore,” and they create new stories about him all the time. I just read in a conservative magazine this week that I live in a Park Avenue penthouse! Woo-hoo! I like to live vicariously through the life of this other Michael Moore. I also know that, historically, anyone who stands up for truth is going to get a lot of stuff thrown at him/her. Thank God for the Rosa Parkses, the Susan B. Anthonys, and the Berrigan Brothers.

Do you hate America?

Since I am an American, that would mean I hate myself. By the way, what is America? A geographical space on the map? I’ve traveled this country. It is a beautiful place. Or is America its people? Most people I meet are decent and good and want what’s best for this world. Is America an idea? The idea is fantastic — a democratic republic with one person, one vote, a majority rule but with minority rights.

Do you hate anyone?

No. I don’t use that word. I place it in the category of the N-word and the C-word. I have never uttered the words “I hate George W. Bush.” Hate stems from ignorance, and it leads to fear, which leads to violence. It’s a slippery slope none of us should be on.

I had the privilege of meeting Bono a few years ago, and it seems he is driven by a sincere desire to use his fame to help people. His website says his Christian beliefs and upbringing put him on the path to spread hope, awareness, and understanding wherever he can. I have not met Richard Gere, but he also seems to try to “live” his Buddhist values and use his fame for good. So Bono has Christianity and Gere has Buddhism to anchor their daily practice. Do you have any traditional religious anchors that help keep you moving forward?

Yes. I was raised as an Irish Catholic, and I still practice the basic beliefs and philosophy of Jesus. I disagree strongly with the institution that runs the Catholic Church.

Having gone to a Catholic school, you must have thought about being a priest at one time. Have you ever wondered what life would have been like for you if you wore a robe instead of a baseball cap?

I went to the seminary at the age of 14 to be a priest. Although I didn’t become a priest, I did think about it.

What would be the most interesting question that S&H could ask Rush Limbaugh, Glenn Beck, or Sean Hannity?

Don’t we all really want the same things — for our kids, for our communities, for the world? How about a show focusing on the things you have in common with Michael Moore, as opposed to the things you disagree on? (The agree list, I assure you, will be longer than the disagree list.)

Spirituality & Heath magazine has around 90,000 caring and accepting people in our reader community. What can we do to help support you?

Wow. Thank you. No one ever asks me that question. What can you do to help me? Think good thoughts for my well-being. Then do the same for your neighbor. Most important, get involved locally, politically, and work to make this a better place for all of us. My job is harder (and I am under more attack) when it’s just me and a few others sticking our necks out there and leading the charge. What if we ALL led the charge? If there were 90,000 more Michael Moores (or 90,000 more Bonos or 90,000 more Bernie Sanderses), we’d see real change happen. So, there is your challenge! 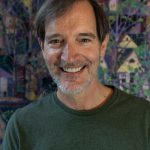