Learn how to use the practice of emotional alchemy to help you become wiser as you age.

More than 54 million people in the United States are over the age of 65, comprising about 16% of the population. This group is projected to reach as many as 94.7 million by the year 2060. If an aging population was a sure recipe for more elders, this would be good news for a society that could use an abundance of wise mentorship and guidance.

But elder is not a title bestowed upon someone simply based on their age. Adding years to our life is just growing older. But growing elder… that’s another matter altogether.

An elder is someone who has not only accumulated years under their belt, but who has reconnected with the deep, abiding wisdom of their higher selves. Rather than a journey to attain knowledge and a resulting hardening of our mindset, elderhood is a return to childlike curiosity and wonder. It is from this space that our elders offer their gifts to others.

The Tragedy of an Elder-Free Society

Once upon a time in our world’s history, elders were revered and held in high esteem for their experience and lessons. Rites of passage were regular events, designed to create elders by guiding people through iterations and transformations until, eventually, they arrived at this coveted title.

Elders and their wisdom do still exist around the world, particularly in Indigenous communities. But in the West, more often than not, growing older does not mean growing in respect and reverence. It means to become increasingly irrelevant or invisible.

After the age of 50, and maybe even as young as 40, the culture begins to set you aside. You’re “past your prime” and “over the hill,” no longer contributing to society as society wants us to—as consumers. Ageism often goes unchecked.

A society without elders is a society in demise and decay. It’s a society in which the status quo gets stronger and more powerful rather than being challenged and questioned. Where the quest for knowledge and a singular truth continues to override the search for deep wisdom, acceptance of multiple realities, and an abiding mindset of curiosity. And where younger people are left adrift, lost, and increasingly lonely.

Though society doesn’t offer much in the way of encouraging this process anymore, we can still choose to undergo it on our own, guided by the ancient science of alchemy.

The Alchemical Process of Becoming an Elder

While the truest and oldest origins of alchemy remain unknown, most believe that by 300 C.E., the basic principles were accepted in most nations worldwide by philosophers, artisans, and priests.

When Dr. Carl Jung first explored the ancient science of alchemy, he saw something much more valuable than gold. He saw a roadmap—a process—for the evolution of a human being’s consciousness, a process that Jung refers to as individuation. In alchemy, he saw the secret for how to transform what inside us had turned to lead (heavy, old, useless ideas) into gold (lessons, wisdom, and evolution).

Step One: Melt Down the Lead

On the surface level, alchemy is a science concerned with melting down base metals and transforming them into gold. Whether the ancient alchemists succeeded or not is a matter of some debate. On the metaphorical level, alchemy is the process of melting down anything within our minds and hearts that has become calcified and hardened.

Think of all the beliefs and ideas that we’ve collected since we were children. As young people, we were like sponges, absorbing the surrounding culture, taking it all in. During adolescence, we likely began sorting through the myriad beliefs and ideas we’d been handed and sought new ones of our own. This process of collecting, sifting, and sorting often results in rebellion against authority figures. This, too, is an important part of the evolutionary process for human beings.

But then there comes a time when, instead of continuing this sorting and sifting process, we begin to settle down into our beliefs, stop questioning what we think we know, and become “adults.” Compared to our adolescence, we’ve learned more, grown more, and shed much more innocence. Perhaps we’ve even become smart. But smart is not the same thing as wise.

We are meant to continue evolving throughout our lifetimes. Halting this process is what makes us grow old, not chronological age. To continue this process, we must never stop searching, discerning, and questioning.

Therefore, to become elder rather than simply older requires a willingness to undergo a psychological process that demands a regular sacrifice of our identities, beliefs, and ideas into the crucible of transformation before they become fused with our identity. In this way, we remain pliant and receptive to new information, whether that information comes from within us or outside of us.

This path of continued inquiry and study, and the work of continuing to melt down our beliefs and identities before they become fused within us, is a challenging one that takes support, time, compassion, and patience. But the reward—to reveal the gold hidden beneath the lead—is worth it. It is to rediscover parts of ourselves that got lost or forgotten. It is to reclaim dreams that have been set aside. And it is to step fully into one’s “golden” years.

Imagine for a moment a society filled with true elders. Might that not help ease some of our ills? Might that allow us to stop making the same mistakes again and again? Could elders once again carry and share collective wisdom that the youth counts on as it faces challenges and struggles?

If so, then let today be the day we commit ourselves to the alchemical process of turning whatever’s become lead within us into gold, and becoming elder as we grow older. 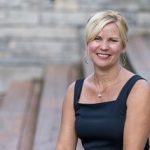 Keri Mangis, E-RYT, CAP, is a Transformation and Lifestyle Consultant, spiritual guide, author, and speaker. Her first book, “Embodying Soul: A Return to Wholeness,” won several awards, including the 2020 IPA award for...

Is Meditation Teacher Training Right for Me?

With interest in spirituality surging, the need for qualified meditation teachers has grown. Is ...

16 Affirmations to Help Connect With Your Spirit Guides

We have an energic support system around us at all times, but it’s up to us to reach out and ...

Look beyond Santa and enjoy inspiration from elves, the fae, and other not-so-hidden creatures.

Kameelah Mu'Min Rashad is the founder of Muslim Wellness Foundation and the Black Muslim ...

May the Force Be With You!

Signal Your Body to Stay Young

A growing number of aging adults have decided that they don’t want to slow down with age.

In our senior years, we may benefit from support in creating a new and clear vision for our lives.