Rachel Goldsmith Turow, the author of The Self-Talk Workout, offers a way to skip past self-criticism.

Which comes first, action or thought? Those of us who struggle with self-criticism might assume that thoughts always come first. Self-critical thinking, including the fear of failure, can paralyze us, keeping us from acting in alignment with our deepest values. It’s hard to start an exercise program, apply for a new job, or invite someone to lunch when your mind automatically worries that you’ll mess it up.

Instead of waiting to feel better about yourself before you take action, flip it around: Act first and think later. Healthy actions can lead to healthy self-talk, especially if the actions are specific, scheduled, and consistent. Motivation, confidence, and wellbeing can all arise from repeated positive actions. For instance, regular acts of service form a central part of many religious and spiritual traditions. The idea is that service itself—the action rather than the intention—cultivates positive internal states. Instead of waiting to become generous before helping others, people become generous through helping others. This route, from behavior to belief, can also work for people who believe that they just can’t begin dating, write a short story, or make a homemade pie.

Going right to the behavior can be a very effective strategy if you can tolerate that you might not actually feel motivated. You might ask yourself, “What would I be doing each day if I felt better about myself?” Can you go straight to doing some of those actions, without waiting for the self-criticism to disappear first? You may find that self-criticism abates after the new behaviors are in place.

“Act before you think” is a strategy for managing the kind of self-criticism that interferes with your goals. The saying “Think before you act” (sometimes extended to add “and twice before you speak”) relates to actions that could hurt you or someone else. So, when I encourage people to “act before you think,” I’m not suggesting that you explode at people or spend money that you don’t have. Rather, prioritizing positive actions can help you get ahead of the self-criticism that impedes them—the self-doubt that stops you before you even get started.

Prioritizing action can help allay a fear of failure. Fear of failure is a common facet of self-criticism. Sometimes feelings of failure are propelled by something else that does need our attention, such as a loss that needs to be grieved. But most of the time, failure is a normal part of learning a new skill. And in that case, staying fixated on failure is a big impediment. We need to be able to tolerate it or learn from it, and not just quit or never get started. The idea is to act despite the presence of self-criticism. You will need to think a bit, however, about which actions you want to take and how you plan to make them specific, regular, and consistent. As you approach action in a new way to transform self-criticism, it can be helpful to allow yourself room for uncertainty and even failure, to hold a growth mindset as you act, and to be brave rather than ashamed in sharing setbacks and in accepting support.

Pick an activity that you think you might enjoy but that contains some novel element that makes it different from something you’ve done before. Schedule the new activity for at least once a week. Then actually do the activity; make mistakes; praise your effort rather than the result; and keep trying, over and over.

One of the best techniques for reducing depression (which is, of course, a mental state that usually includes a ton of self-criticism along with prominent feelings of failure) has a fancy name: behavioral activation. I often explain behavioral activation as “doing active stuff even when you don’t feel like it.” The “active stuff” can be anything that isn’t sedentary or passive: gardening, hiking, dancing, trying a new recipe, or socializing. Studies have shown that behavioral activation is a highly effective strategy for improving mental health.Instead of waiting for motivation to do something, you do it first. Motivation often follows. In fact, research indicates that behavioral changes, like quitting smoking, often begin with taking action rather than going through a long period of contemplation and planning.

Behavioral activation works well for a few different reasons. By prioritizing action above thoughts and feelings, change can happen more quickly. Once you separate out “doing the thing” from “feeling like doing the thing” or “wondering if or when I am going to do the thing, and whether I’ll be okay at doing the thing,” action can happen more rapidly. But you’ve got to jump over the thoughts and feelings about why it’s not the right time, all the way from where you are now into doing the action itself. The leapfrogging is the hardest part.

After you’ve leapfrogged over the lack of motivation, or over self-doubt and anticipatory self-criticism (“I will fail, and therefore I shouldn’t even try”) into actually doing some of the thing that you weren’t sure you could do, it can help to incorporate some reassuring self-talk. “You did part of the thing!” you could exclaim. “You didn’t think you would do it, but you totally did! You got started! That’s so different from not getting started!”

Even if it feels corny or insincere, it can help to pat yourself on the back or to reward yourself with kind words. That encouragement can reinforce the positive action, foster healthier self-talk, and prolong the momentum of the cycle. Positive actions lead to positive feelings, which lead to more positive actions, and so forth.

However, it’s hard. Really hard. When you don’t feel like doing things, either because you just don’t want to or because you’re depressed, it’s incredibly difficult to do them. Behavioral activation demands a huge push. But once you get going, it’s easier to stay going, and the positive physiological signals reinforce the likelihood that you can do the thing again. Adding that reinforcing self-talk can just help it along. 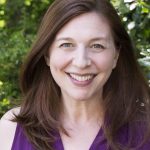 Building resilience does not require superhuman feats. Begin today with these accessible, ...

Identify and understand your strengths as a path toward self-discovery.

How to Find Calm Amid Chaos

Begin to lessen the overwhelming emotional response you may be experiencing to the smallest ...

“Soon, you will find that as you begin to make your inner world healthier—one of choice rather ...

You live inside your skin tone, your mental health situation, your flawed family. “Like Johnny ...

Teaching a Stressed System to Relax: Living in the Gaps

“The more I practice cultivating the gaps and being really present for them, the more my nervous ...

How to Honor the New Moon in Leo

The new moon in Leo is here—what outdated patterns do you need to shut down so that you can ...

When Yes Means No and No Means Yes

Kindred Spirits Can Save Your Life, Even If You Never Actually Meet Them