Trailblazer Joseph L. Graves, Jr. believes that we can solve stubborn problems by applying the science of evolutionary biology.

When Joseph L. Graves, Jr. was 15, his friend’s mother, a psychic, told him something that would stick with him forever. “I was in the house one day, and she just looked at me and said, ‘Joe, you’re going to have a very hard life. People are always going to be telling you that you’re wrong. But in the end, they will finally know that you were right.’”

Graves, now 67 and professor of biological sciences at North Carolina A&T State University, says her predictions were correct. He has spent much of his adult life tackling the topic of racism and trying to educate about ideas that many people don’t understand or would rather turn away from. He shares his journey in his newest book, A Voice in the Wilderness: A Pioneering Biologist Explains How Evolution Can Help Us Solve Our Biggest Problems.

In the first part of the book, he shares his path from childhood poverty to becoming the first person of African descent to be granted a PhD in evolutionary biology.

“I had a lot of resentment as a child about living in a racist society, feeling the stings of injustice, because the color of my skin, being poor,” he recalls. “It was difficult. And I was lost in the wilderness for a long time.” After a time as a “militant atheist” and “cursing God,” a voice in the back of his head urged him to find his faith and step onto his unique career path. “When I started doing this work, I knew that this was the work I was called to do,” he says.

In the second part of the book, he presents science-based insights for addressing the world’s problems. In particular, Graves applies an evolutionary biology lens to many of the issues facing humanity.

“There’s a long history of the use of evolution for racial, hierarchical theories, for eugenics, social Darwinism, and so on,” he says. “There’s biological variation within our species, and then these social ideas of race that are not the same thing, and I’ve outlined the harm and the destruction that maintaining these racist ideas does to our society. I argue that, actually looking at what our discipline says, you wouldn’t have come to any of those conclusions if you had done that objectively.”

Instead, he believes that evolutionary biology, “as a science, has never been more important than it is now, not just for the wellbeing of individuals, but possibly the salvation of our society.”

One example: “Evolution, as the foundational principle of biology,” is urgent in cancer care. He says the Cancer Biology and Evolution Program at Moffitt Cancer Center in Florida is an example of “applying evolutionary principles to developing therapies, which can save patients’ lives, or certainly extend their lives.” Understanding tumor development, progression, and resistance from a basic and evolutionary perspective helps because cancer development within an individual is an evolutionary process that is complex and dynamic.

Another example: “Without evolution, we will be powerless against the coming pandemics,” he says. “COVID was bad, but if I were going to rank pandemics like we rank hurricanes, COVID was a Level Three. This means there are Level Fours and Level Fives on the horizon. If we deploy evolutionary science effectively, we can prevent these pandemics, but we do have to do it now.”

Graves recalls offering a warning in a television interview at the start of the pandemic. He said at the time that it was critical to drive down the number of people infected with COVID in order to reduce the rate of increase of new variants. “With an evolution perspective, if we had deployed that at the beginning of this pandemic, millions of lives would have been saved.” Graves also points out that existing “vaccines would have been impossible without understanding evolution.”

Graves says humanity is at a tipping point, but there is hope. “That’s where, as a person of faith, I call on other people of faith who have a vision of what we should be as people of faith. I include other faiths in this, not just Christians. That’s a lot of people, but that lot of people has got to wake up. They’ve got to hear the voice calling them right now, that we need to stand up, we need to be counted.” 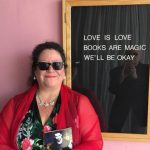 An Interview with Louie Schwartzberg

Louie Schwartzberg, the director of Fantastic Fungi, shares details on his newest flick, which ...

“Cameron has not only nurtured her own creative life over decades, but she’s also sparked that ...

Explore what it means to be a heretic, how to measure the health of your soul, and the ...

Rabbi Rami dives into deep spiritual waters on the nature of love, evil, truth, and more.

Lessons From Extreme Rituals: An Interview With Dimitris Xygalatas, PhD

Why do so many ordinary people regularly participate in painful religious rites? Dr. Dimitris ...