Stimulating the lymph system and changing your toilet posture are just two naturopathic self-care practices you can try to feel better.

As a holistic, natural approach to health, naturopathic medicine is rapidly moving into the mainstream as patients seek an alternative or supplement to traditional medical care.

What does a whole-body approach to self-care look like? Here are the top four naturopathic self-care practices recommended by naturopathic doctors. These can easily be incorporated into your daily routine.

1. Double Down on Dental Hygiene

Bacteria in the mouth, when swallowed, can increase inflammation and cause serious problems like cardiovascular disease, pregnancy complications, and pneumonia. “People don’t talk about it enough,” says naturopath and licensed acupuncturist Dr. Kelly Buechel of Ground Floor Health in Seattle. “Doctors don’t talk about how your oral health affects your cardiovascular risks because it’s not part of their education and specialty. Then, you go to the dentist, and they only think about teeth and gums, not the whole body. Naturopathic doctors connect the dots.”

In addition to consistent brushing and flossing, or using a handheld device that deep cleans with water, try tongue scraping and oil pulling.

What Does Tongue Scraping Do?

Tongue scraping involves passing a U-shaped tool down the tongue 10 times once or twice a day. Although you could clean the tongue with a toothbrush, it will be about half as effective as a scraper, one study found.

“Think of the tongue as a sponge, and as we eat, drink and sleep it’s absorbing throughout the day and night,” says Dr. Shayna L. Keller, owner of West Elks Wellness in Colorado. “Tongue scraping can reduce bad breath and support a healthy oral microbiota by reducing toxins and bacterial buildup.” It also improves appearance by clearing away food buildup.

For an alternative to mouthwash, try oil pulling. Take a tablespoon of organic, cold-pressed coconut oil and swish it back and forth in the mouth for 10 minutes.

“Coconut oil contains high amounts of lauric acid, which has anti-microbial properties,” says Dr. Anika Farhan, a naturopathic doctor based in Chicago. Although it takes longer than synthetic mouthwashes, it’s a great natural option. A 2016 study compared the bacteria count in two groups—those who rinsed with a Listerine-like product, and those who oil pulled—and found a meaningful reduction in bacteria in both cases.

Note: Because coconut oil is typically sold in a solid (non-swishable) form, Farhan recommends liquifying it by placing a container of it in hot water.

The next recommendation centers around the body’s largest organ. Underneath the skin, a network of vessels carry fluid (lymph) towards the nodes, which filter out the toxins and bacteria we’re exposed to throughout the day. It’s like a water purifier for the body.

Two techniques—Gua Sha and dry brushing—stimulate flow through the lymph system, avoiding buildup that can lead to inflammation, headaches, and even cancer.

Gua Sha is a traditional Chinese medicinal practice of gently pressing a smooth-edge tool into the skin (and underlying muscles) and moving it around. This achieves a deep, massage-like effect that studies have found can decrease migraines, perimenopausal symptoms, and chronic pain by increasing “microcirculation” in the body.

“Make sure the tool is comfortable to hold when using on the skin,” recommends Dr. Jaquel Patterson, a naturopath and medical director at Fairfield Family Health in Connecticut. “You can do it in the morning or at night. Morning is sometimes recommended on the face to help decrease puffiness at the start of the day.”

Dry brushing is similar in theory but feels very different in practice. Start with a high-quality bristled wand (made for skin, not hair), and gently move it across your body in small circles or short strokes. Trace the lymph system by brushing toward the heart for the upper body and toward the pelvic lymph nodes on the lower body. Be sure to avoid sensitive or easily irritated areas, Dr. Galina Mahlis recommends.

“Dry brushing has been known to unclog pores and promote circulation, therefore improving energy,” says Dr. Erin Ellis of Hope Natural Health in Arizona. “The best time to do it is right before you shower so you can wash off the dead skin after.”

So, how do you choose between dry brushing and Gua Sha? “They both help with lymphatic drainage and are just different forms to address it,” says Patterson. “Gua Sha is more typical for the face, but [in general] both help support immune function and detoxify waste from our body by promoting lymphatic flow.”

Modern toilets are poorly designed for going number two. “We are sitting at a 90-degree angle,” says Buechel. “But for the rectum to be fully relaxed, we need to bring our knees to a 135-degree angle—more like a traditional squat.” This ergonomic approach removes the need to strain the abdominal muscles during a bowel movement, decreasing chronic constipation that studies have found can trigger pelvic floor issues—particularly in women. You’ll go faster, easier, and cleaner, and your intestinal system will thank you.

“The conversation surrounding healthy bowel movements comes up with great frequency at my practice,” says naturopath Dr. Ana Raquel Freire of In Good Hands Wellness in Canada. Enter the “Squatty Potty” (or any step stool, says Freire). The idea is to raise your feet while seated on the toilet to create the proper angle.

(Note: Before you buy, be sure to measure. For a standard commode, a small stool around six inches high will do the trick. Taller toilets, such as handicap-accessible, are two to three inches higher and require a proportionally taller stool—otherwise they will cause even the body to strain even more.)

If bowl movements are still an issue with this kind of step aid, there might be other reasons why. “Using a Squatty Potty is so important, but having said that, our bowels are influenced by much more than just how we sit on the toilet,” says Freire. “Diet, stress, level of physical activity, underlying health conditions, medications, and supplements all play a role. It’s important to understand the underlying cause so that you can tackle your bowel woes from all angles.” As with all things naturopathic, a holistic, whole-body approach remains the goal.

Varying water temperature from hot to cold is a form of hydrotherapy that bolsters your immune system, according to Ellis. The warm water dilates your blood vessels and the cold constricts them. “This creates a blood-pumping system to improve circulation, stimulating the immune system,” she says. “You can even do a couple rounds of hot and cold but remember to always end on cold.”

In 2018 researchers in the Netherlands found that patients who finished their morning showers with a 30-second blast of cold water had 29 percent fewer sick days than people who did not. “Finishing showers with cold water will help prevent possible illness,” says Mahlis. “It will also speed up its resolution if you were to get sick.” 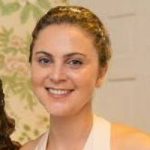 Emily Dreibelbis is a master’s student at the Medill School of Journalism in Chicago. She writes about health and wellness, local news, business, and tech. You can follow her at @DreibelbisEmily.

The Importance of Hearing from a Qualified Spiritual Teacher, Part 2 of 2

If you are considering following any path, you should look at where it is coming from.

Cancer and Canopy: The Healing Power of Forest Bathing

Researchers are continuing to learn what role forests play in everything from human happiness to ...

How to Make Self-Care Work for You

What self-care means is unique to each of us. Ask yourself these questions to go beyond the ...